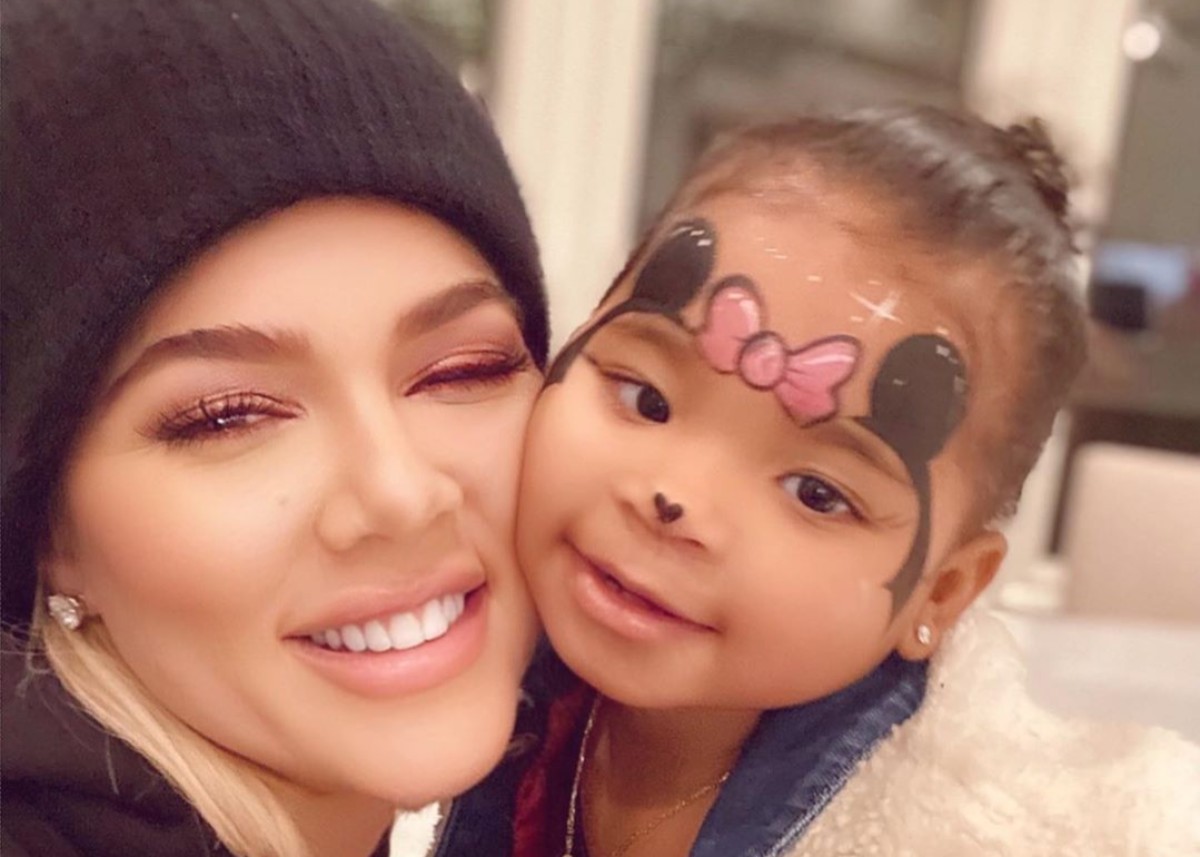 Khloe Kardashian recently made headlines for flaunting a noticeably thinner frame, but new photos of her and daughter True Thompson are what’s drawing fans to her Instagram account where she has 103.6 million followers. The new photos are part of a slideshow that Khloe shared featuring the 35-year-old mom and star of the reality series Keeping Up With The Kardashians (KUWK) from Chicago West’s second birthday party. Kim Kardashian had asked Khloe’s niece and True’s cousin what type of party she wanted, and little Chicago responded with a pink-themed Minnie Mouse party and Kim did not disappoint.

Khloe shared several adorable photos where True had her face painted just like her cousins Chicago and Stormi Webster. At this point, it is unclear whether brother Rob Kardashian was able to bring Dream Kardashian to the party. Rob is currently seeking sole custody of Dream after alleging that Blac Chyna is partying heavily and unable to properly care for their three-year-old daughter. Khloe Kardashian has vowed to help Rob in any way she can so it is unclear how they are working out visitation at this point.

It is known that Stormi and True helped Chicago party but with all of the sweets, cookies, painting and other children’s activities Kim had planned, True really wanted to spend time with her mother. According to Khloe, True even asked her if they could take photos together.

Here is the caption that Khloe shared along with the photo slideshow.

You may see the adorable photos that Khloe shared in the slideshow player below.

While many of Khloe’s fans praised the mother and daughter duo and said the two were “twinning” in the photos, there were others who said that Khloe is changing her face so much that she doesn’t look the same.

What do you think? Is Khloe changing her face and becoming unrecognizable? Do you think she looks just like True Thompson? How adorable are those pictures of Khloe and True?