Earlier this month, Kim Kardashian shared several videos where she asked Chicago what type of birthday cake she wanted. Chicago was fully aware she was turning two-years-old and as she adorably told her mother she loved her, she also stated she wanted a pink Minnie Mouse cake for her party. Kim Kardashian didn't disappoint and on Wednesday evening, her sister Kylie Jenner shared the first photos from Chicago's pink, Minnie Mouse-themed birthday party. Certainly, more photos and videos will surface but these are the first to show up on social media and there is no doubt that little Chi-Chi had a great time at her party.

Kim Kardashian shared the video below on January 7, 2020, where she asked Chicago what type of cake she wanted. She shared four videos of Chicago discussing her upcoming birthday and one of Psalm West sucking his thumb in his crib. Kim gave Chicago a few suggestions such as Baby Shark and Minnie Mouse to which Chicago answered, "Minnie Mouse."

You may see the adorable video of Chicago discussing her birthday cake in the video player below.

Pink was certainly the choice of color and a table was decorated with roses in various shades of pink. Pink cookies and pink edibles adorned with gold bows adorned plates. You may see a photo of one of the beautiful table settings below.

Kylie did not disappoint fans who wanted a closer view of Chicago West's birthday cake. The three-tier birthday cake featured Minnie Mouse's face including a light purple and white polka-dot covered bow on the top layer.  Minnie's pink and white polka-dot dress covered the second layer of the cake and was embellished with delicate blue, white, and pink roses. A gold number "2" was prominently featured in the center of the layer.

The bottom layer of the cake was covered in white frosting with delicate embossed designs and gold lettering that read "CHI." Blue, white, and pink frosting roses were seated at the edge of the cake. 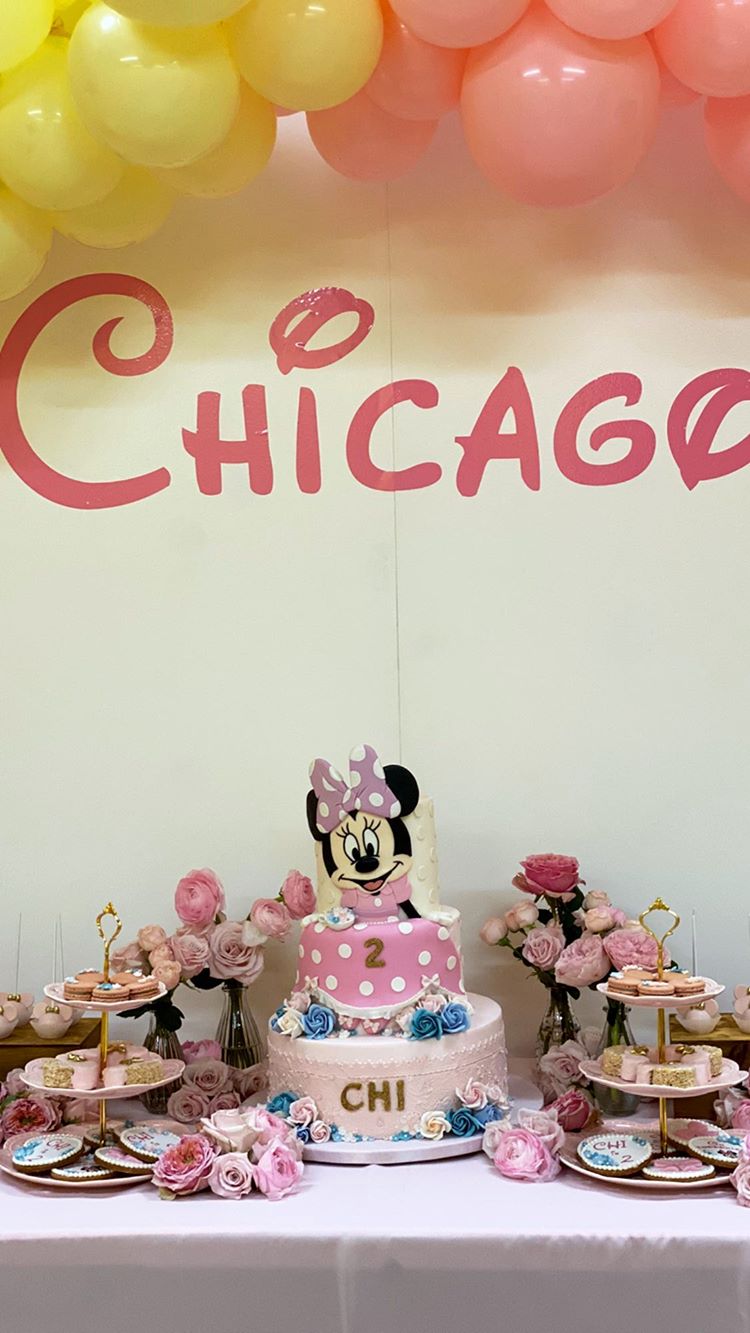 Chicago was very busy working on her birthday art and she seemed very focus while creating her masterpiece on a large piece of white canvas. She looked adorable in her Minnie Mouse ears with matching Minnie Mouse face paint. 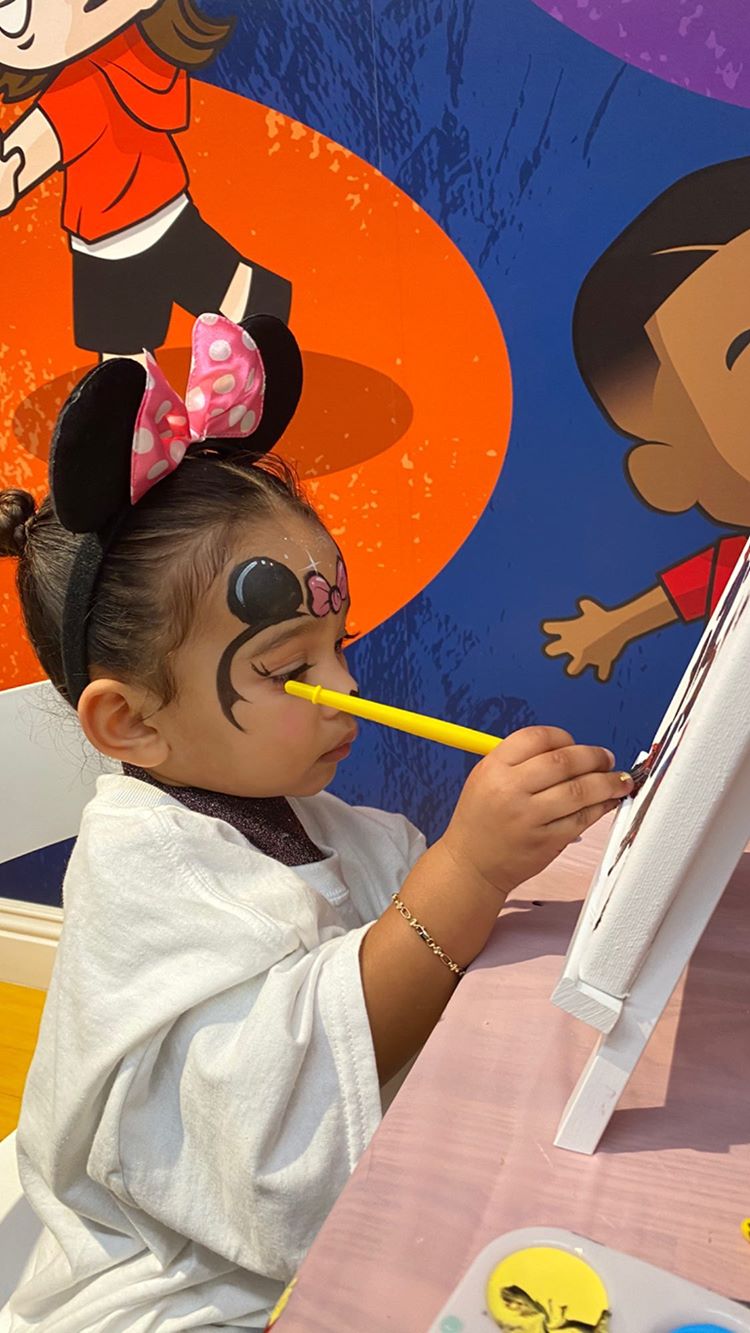 A photo of Chicago working at her artist's easel while looking at the camera is going viral. The two-year-old has a cute black heart on her nose and you can see the face paint clearly. 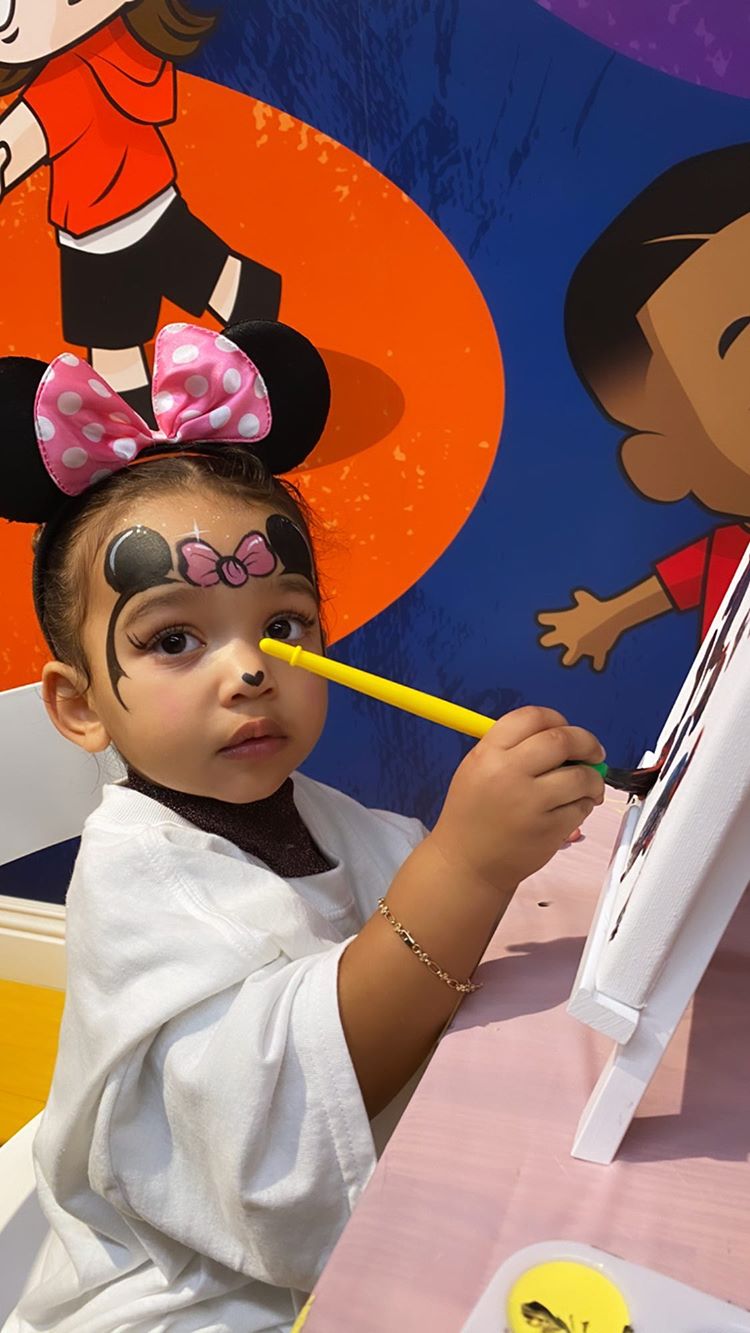 What do you think of Chicago West's Minnie Mouse birthday cake?

Are you looking forward to seeing more photos and videos from Chicago West's second birthday party?