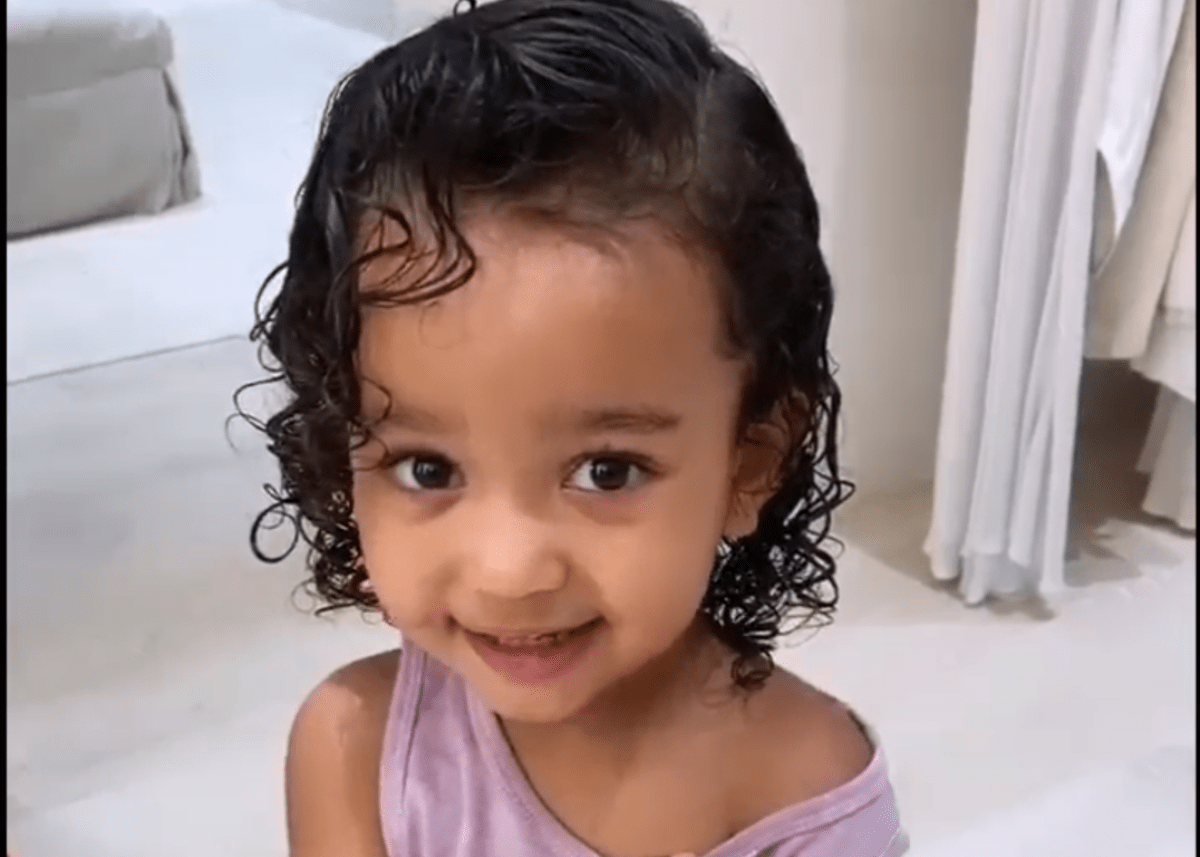 Kim Kardashian is breaking the Internet but not for her own selfies. This time, it is her adorable two-year-old daughter Chicago West who is stealing the spotlight. On Wednesday, the mother of four and co-star of Keeping Up With The Kardashians (KUWK) shared videos of Chicago coming into her room carrying a pink purse and wearing her mother’s shoes. Social media freaked out over Chicago’s cuteness and the video is going viral. Chicago is one of the most popular celebrity kids and fans can’t get over how much Chicago looks like her mother! In the adorable video, Chicago engages in a conversation with Kim about how she is wearing pink shoes and carrying a pink purse and not purple.

When Chicago had a previous conversation with Kim about her birthday party, she specified that she wanted a pink Minnie Mouse cake. Kim and Kanye West obliged and Chicago had her perfectly pink birthday party with decorative cookies and face painting.

Kim asked her youngest daughter, “Are you wearing Mommy’s heels? Do you love them?”

You may see the video that Kim Kardashian shared in its entirety in the player below.

Chicago West has been winning over the Internet since Kim Kardashian shared the first photos of her. In more recent photos, Kim shared that she took Chicago West to a California park where she found a huge, white dog to befriend. With Chicago’s sweet nature, she went right up to the dog and hugged and played with the gentle creature. The dog seemed to enjoy Chicago’s attention.

Born on January 15, 2018, Chicago (or Chi-Chi as she is affectionately called) has been melting hearts since the first time Kim Kardashian revealed her little princess to the world. Kim and Kanye have four children together: North, 6, Saint, 4, Chicago, 2, and 10-month-old Psalm West.

You may see a viral video of Chicago West featuring her from birth to two-years-old in the video player below.

What do you think about Kim Kardashian West’s latest video featuring Chicago West? Are you a fan of the Kardashian/Jenners and their children?

Some think that Keeping Up With The Kardashians may end soon and the next show will focus on the Kar/Jenner kids. What do you think?