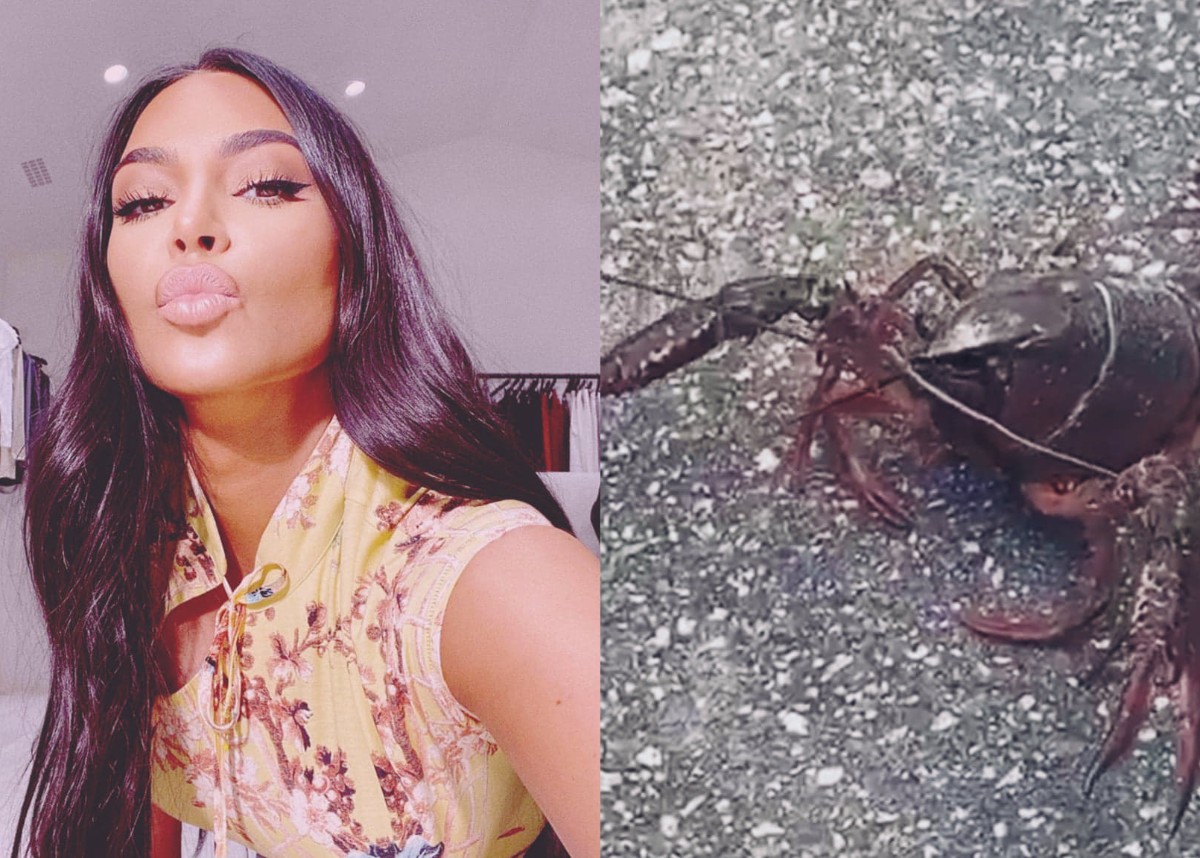 Kim Kardashian saw a lobster walking down the street in her Calabassas hometown and now some people think it’s the end of the world. As the Coronavirus pandemic continues to plague the world, the lobster walking down the street was a little too much for some people to bear. Kim certainly was shocked as she filmed the crustacean and put the video in her Instagram stories where it quickly went viral. Now, some people want to know how the lobster is doing and are looking for an update on its condition. Some wondered if the lobster was meant to be someone’s dinner and escaped, but no one knows for sure how the creature ended up walking down asphalt.

Kim captioned the video with the following.

“A lobster on our street. What is happening?!?!”

You may see the video that Kim Kardashian shared but is no longer on her Instagram stories below.

With the Coronavirus pandemic, many are experiencing a lot of fear and some think the world is coming to an end. It’s most likely the lobster simply became confused or lost. Whatever the reason, there is nothing to indicate some nefarious reason is behind the Calabasas lobster.

While many people were seeing a dark, foreboding message in the lobster’s appearance, some saw an opportunity to bring humor to the situation.

Then he made a reference to Kim Kardashian’s house. You may see the tweet from the Calabasas Lobster that got twitter talking below.

While some are looking at the lobster as an omen, many are enjoying the zaniness of it all, including Kim Kardashian’s reaction. The lobster seemed healthy, free of any defects, but it is unknown how long the lobster can live outside of water.

Kim hasn’t provided an update and there is no mention of whether she or anyone in the household tried to return the lobster to a body of water.

Kim Kardashian has been focusing on self-isolating due to Coronavirus and has been sharing helpful, health advice with her social media followers.