Like many people, Khloé Kardashian learned via social media that her ex-husband, Lamar Odom, was engaged to Sabrina Parr.

On his Instagram page, Lamar shared a sweet photo where the fitness expert is hugging him and showing off her massive engagement ring.

While Odom’s son, Lamar Morales-Odom Jr., rushed to social media to bash him for not giving his family a heads-up, Kardashian seems to de delighted for the former athlete.

Despite their tumultuous romance and cheating drama; several sources spoke to PEOPLE, Us Weekly, and E! and explained that Miss Kardashian is happy for him.

Introducing my new fiancé!! Soon to be Mrs. Parr-Odom. She the ONE!!!! @getuptoparr

An insider spoke to Hollywood Life and revealed: “Khloe had no idea Lamar had plans on proposing to Sabrina, but honestly, she couldn’t be happier for him. Khloe sees that Lamar is in a great place right now, and if Sabrina makes him happy, then she’s happy for him. Khloe wishes Lamar all the happiness in the world, and she’s very happy he’s found love and hopes he will have a long and happy marriage.”

Yesterday was an incredible experience especially because I really hate being surprised. I got to bring in my 40th birthday with new found family/friends in Atlanta. I gotta give a special thanks to Baby Doll @getuptoparr who was full of surprises the whole day. From catered breakfast in the morning, to getting this custom suit designed for me from @miguelwilsoncollection, and a beautiful dinner that I know took a lot of time and effort to put together. She’s amazing and has shown me so much about love and life! nothing but love to her and everyone that came through.

The person said the reality TV star has no plans to reach out and added: “It’s unlikely she’ll reach out to congratulate him on his engagement, but she wishes him nothing but the best in this next chapter.”

Another source spoke to PEOPLE and added the following: “She still has a soft spot for him, and will always be a friend to him. They were never going to get back together, but she always wanted him to find happiness and is glad for him that he’s moving on.”

Sunday’s in Cleveland are for Church and football. In that order!! (And matching @clevelandbrowns hoodies!!!!) #gobrowns #cleveland #happysunday

The family friend also added this interesting piece of information: “Khloe wants Lamar to be happy. She has always had hope that he would find his way and live a long and healthy life. She’s happy for him if he has found happiness again. The chapter of her life that she shared with Lamar is closed, and she has moved on. She harbors no ill will or jealousy. She wishes him nothing but the best.”

The teen wrote: “Last night, I was emotional, seeing my father got engaged through social media. I was hurt and caught off guard. At the end of the day, I am a teenager, that is becoming a young man. I have to be responsible for what I post. I have nothing but love for my dad and want what’s best for him.”

One person had this reaction to the son’s apology: Yea, you could have at least told your kids you were engaged. Especially after only four months

Another commenter said: “His son all the way wrong. Glad he apologized. Your pops don’t have to run his life decisions past you. You’re the child.”

The past few days haven’t been easy tryna keep this birthday party a secret @lamarodom . All the sneaking around and lying I been doing to hide this made you think I didn’t care about your birthday. That’s the furthest from the truth tho! I couldn’t wait to celebrate the day you were born! You are 40 years old and you are still here! Your life has so much meaning baby! Look at what you’ve done in just this year alone…. You wrote a book, you got healthy, you starred on a TV show, you started filming your own tv show, you learned how to overcome your addictions, you learned how to be with one woman, you began public speaking, you got Saved!! That’s just to name a few! You did this all in one year!!!! Just imagine what else God has in store for you! The day you were born is MAJOR to me. Today I wanted you to feel loved, honored, supported and happy because you deserve it! Happy birthday baby! I love you more than words I could ever type! #happy40thbirthdaylamar #lamarandsabrina #getuptoparr

This follower claimed: “And he shouldn’t have to apologize! Those are his feelings! That’s his right to feel the way he does! PERIOD!”

Khloé is handling the situation well. 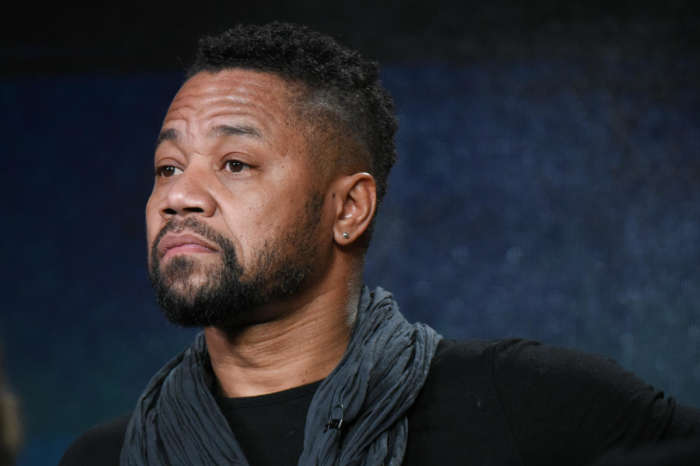