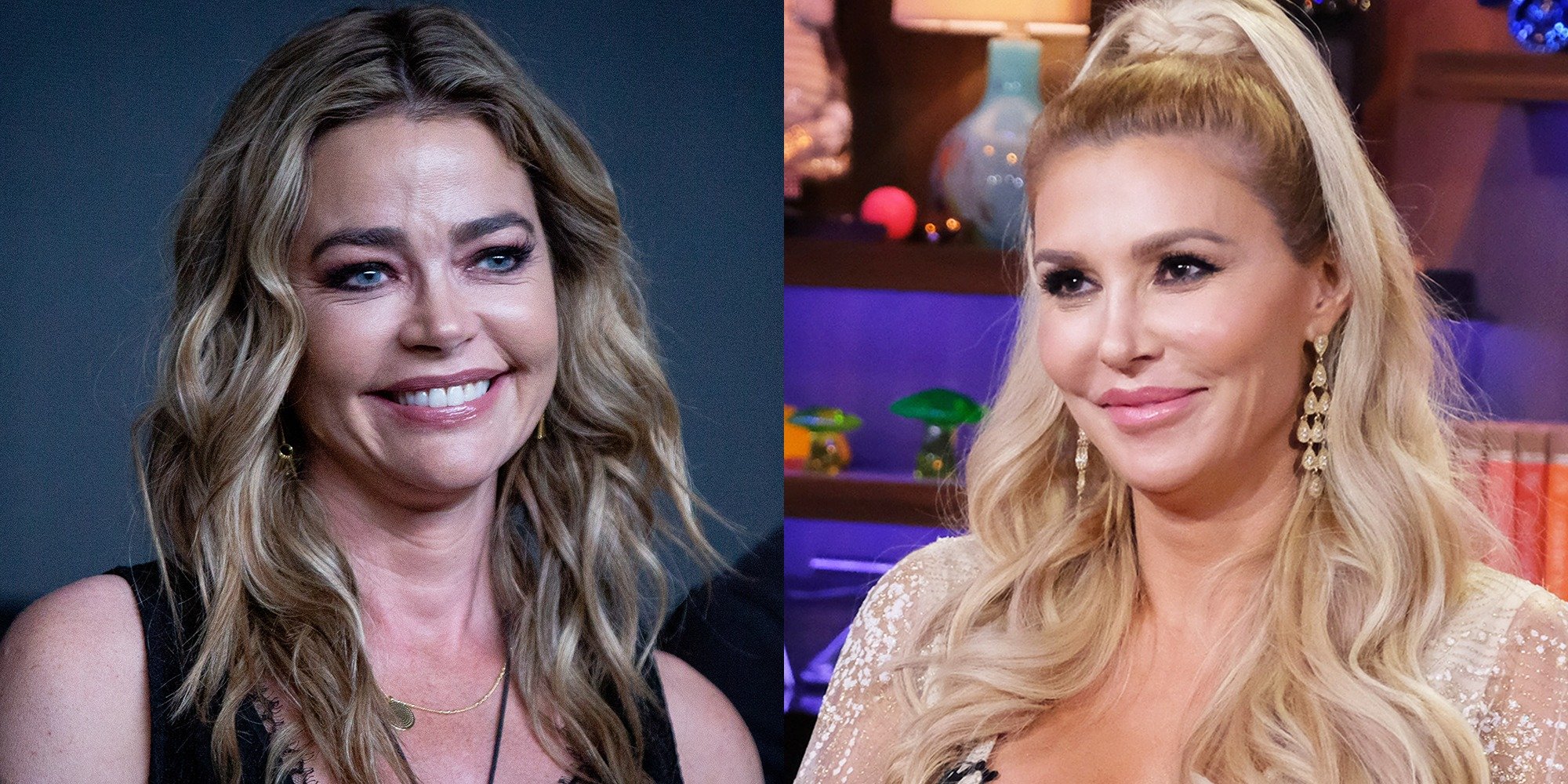 After months of speculations about Brandi Glanville and Denise Richards’ alleged affair and back and forths between the ladies, Brandi shared a pic on Twitter that seemingly features the two of them kissing! Not only that but she told her followers to ‘snack on this,’ obviously teasing those who think she’s lying about their former relationship.

Of course, she never name dropped Denise in the new post and the pic looks rather grainy and dark but fans are pretty sure the woman Brandi is pictured kissing is indeed Denise!

In the caption, she wrote: ‘Making dinner for my fam/neighbors –#snack on this,’ which is as ambiguous as captions can be.

Still, many of her followers seem to think she was trying to prove their months-long romance was real, all the while slamming those who doubt it.

Some criticized Brandi for supposedly being thirsty for attention.

Here are only several of the reactions she got to the post: ‘The thirst is real. Perhaps you should chug some water.’ / ‘Thirsty. Needs spotlight. Does anyone even care? No. No. No.’

The thirst is real. Perhaps you should chug some water.

As mentioned before, this comes after months of speculations that the two reality TV stars had an affair, something Denise has been denying while Brandi has been not so subtly suggesting the opposite.

During one of the show’s episodes, Brandi tells the other ladies that ‘Denise and [her husband] Aaron have this whole open thing…I f***ed her, woke up the next morning [and] she said, ‘Aaron can never know this. He’ll kill me.’’

At that specific cast dinner, Denise was not in attendance so there was no direct confrontation between them and Denise could also not respond.

Later on, however, the Housewives confronted her and she teared up, insisting that it was ‘not true.’

Dorit was the only one to say she believed her immediately.