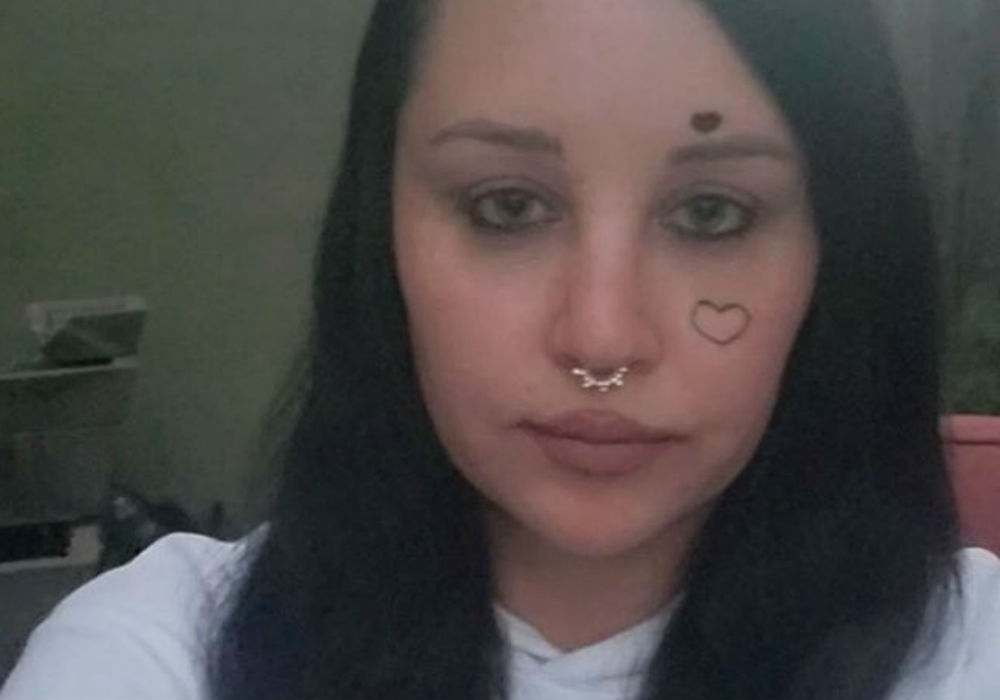 Over the weekend, What A Girl Wants star Amanda Bynes scrubbed her social media clean of her relationship with fiance, Paul Michael, including their engagement announcement from three weeks ago. At the same time, Michael announced that they had called off their engagement. Now, the former child star has seemingly revealed that they are back together, but insiders say that’s not the case.

On late Monday night, Michael reappeared on Bynes Instagram feed when she posted a pic that featured her snuggling up to Michael as they posed for the camera. In the caption she wrote, “My love.”

Just the day before, Michael told In Touch Weekly that he still loves Bynes and she is his best friend, but he said the relationship was over. After meeting in AA class, the couple apparently dated for about three months before Paul proposed. The duo was inseparable in recent weeks, and an eyewitness spotted them having a breakfast date at IHOP on February 24th while looking “very in love” and “so happy.”

“They were sitting at the back of the restaurant having breakfast,” said the spy. “They ordered pancakes and he drank chocolate milk. They were laughing and having fun together.”

However, Bynes is under a conservatorship that is overseen by her mom, Lynn Bynes. She reportedly was not supportive of the relationship and didn’t feel like Amanda was capable of making those kinds of decisions. Lynn is in charge of all of Amanda’s major life decisions, including marriage.

Amanda has been under conservatorship since 2014 after a public meltdown led to a 5150 involuntary psychiatric hold.

According to The Blast, even though Amanda Bynes posted a pic of herself with Paul Michael on Monday, the picture is old and the two have not reconciled. Instead, a judge ordered the She’s The Man star to enter a psychiatric facility last week after meeting with Bynes and Michael. That appears to be why their relationship came to an end.

Bynes allegedly agreed to enter the facility, but she later changed her mind and now she refuses to go. Insiders say that Michael is worried about doing something that would get him in trouble with Amanda’s conservatorship, and that is why the couple broke up.

Michael has reportedly been telling his friends that he doesn’t want to take the blame if Amanda’s mental health gets worse. He also realized after the court hearing that Amanda was sharing false details about her life.

Amanda Bynes didn’t show up to the psychiatric facility this weekend, even though she agreed to go. Her family is now weighing their options and trying to figure out how to proceed.