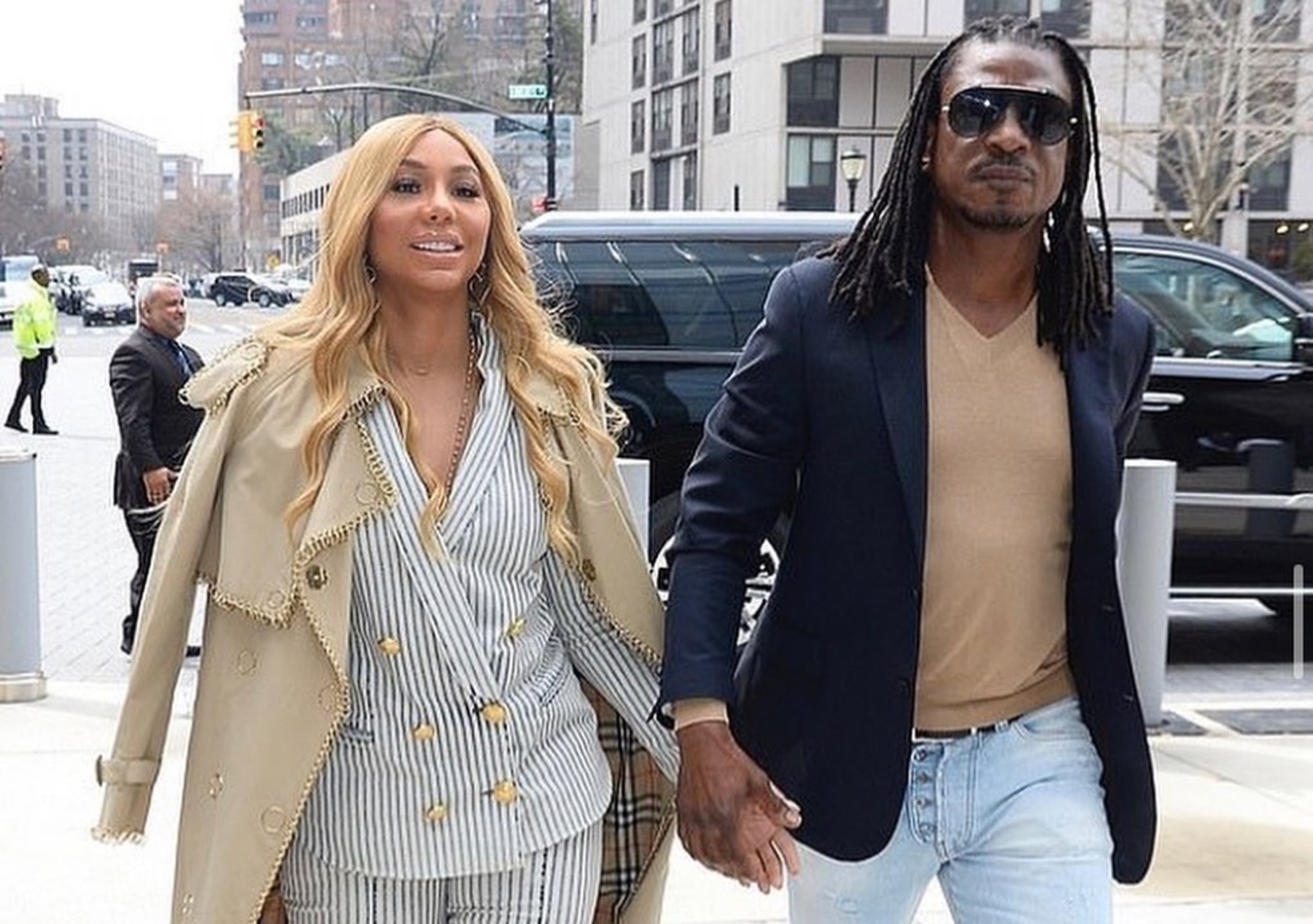 A video has emerged showing Braxton with legendary singer and songwriter Joe Thomas at a fancy restaurant in Beverly Hills where Herbert, (born January 27, 1973), had the gathering.

It appears that the harmony in Braxton’s life is so overwhelming that it even got to the point where her current boyfriend, David Adefeso, is spending time hanging out with her former partner, Herbert.

The news about the unusual meeting was brought up by Adefeso himself, as he updated his Instagram page with a picture of him in the company of his girlfriend’s ex-husband.

However, it seemed that the two men were having a blast together because they looked very happy in the snap.

The 47-year-old shed some light about what was going on, as he wrote in the caption of the photo that he and Herbert were hanging out after work, and he concluded by stating they would do the same next week.

Meanwhile, Braxton expressed her approval of the two men spending time together, and she wrote how sometimes things could be deceiving.

According to Tamar, currently, her life was peaceful and happy, even though people and certain television shows thought she constantly was surrounded by drama and turmoil when it was the opposite.

She wrote: “It’s so funny that people and certain tv shows think that my life is filled with drama, foolishness, and turmoil when it is the TOTAL opposite. God is Good, and my life is full of love, joy, and blessings. This post might be To [sic] positive for some of yall.”

This is not the first time that fans of the 42-year-old singer have been surprised by the mature actions of her boyfriend, as back in December, Adefeso claimed he had given his family the choice of either showing respect to his lady love or losing him.

According to Adefeso, in the past, he had observed on multiple occasions how many African-American families tend to get overprotective of their children, and as a result, a lot of young couple’s relationships were destroyed, and he wanted to prevent this from happening in his life.

It seems what he did has worked and things are going well.