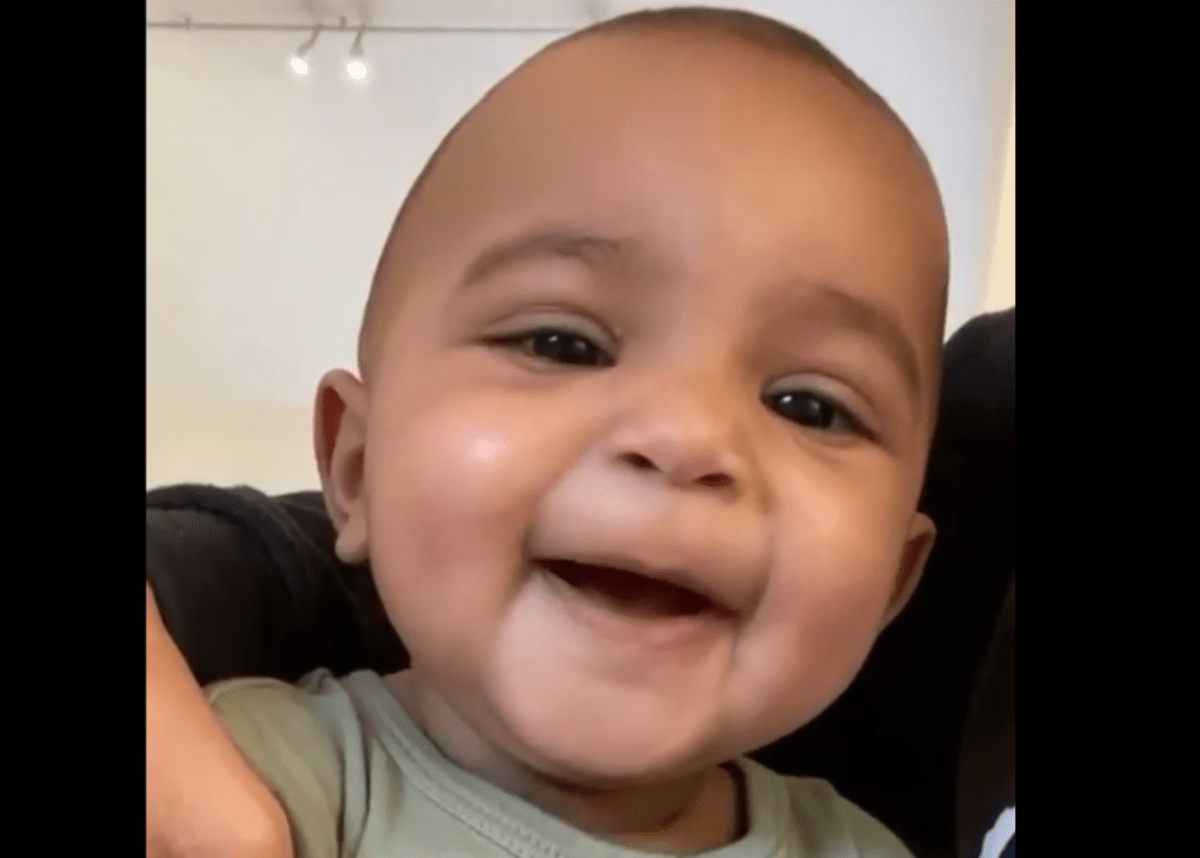 Psalm West, the eight-month-old son of Kim Kardashian West and Kanye West, is the spitting image of his father. Kim Kardashian recently shared videos and photos of her children North West, Saint West, and even Chicago West singing on her official Instagram account. She followed those pictures and videos with an adorable video of Psalm West smiling from ear to ear. Kim was telling sweet Psalm “Good Morning” and he was having a ball. It is clear to see how much love resides within the Kardashian-West home and how much Kim and Kanye are dedicated to their children.

Born on May 10, 2019, it’s hard to believe that Psalm is quickly approaching his first birthday. Fans can’t wait to see what type of party Kim and Kanye will throw for their youngest child. Saint West had an epic dinosaur-themed birthday party in December, and Chicago West just celebrated her second birthday with a pink-Minnie Mouse themed party.

Stormi Webster celebrates her second birthday on February 1, 2020, and rumor has it that Travis Scott is sparing no expense to celebrate his baby girl!

With Psalm West’s birthday coming up one can only imagine what type of celebration the family will have and if they will go with party planner Mindy Weiss as she is a favorite choice for the Kardashians and Jenners when they are throwing lavish events!

You may see an adorable video of Psalm West as she smiles and coos at his mother along with other photos of Psalm since birth in the video player below.

While many people say that Chicago West is the spitting image of Kim Kardashian (many call her Kim’s mini-me) Psalm West is being dubbed “Little Kanye.” Some say that Kim’s and Kanye’s oldest daughter, North West looks more like Kourtney Kardashian than Kim Kardashian and others feel that Saint has a look unto himself.

The next generation of Kardashians and Jenners do seem to be happy, thriving children who are enjoying little moments spent with their families including their siblings and many cousins!

What do you think of Psalm West’s new smiling video? Can you believe he is almost one-years-old? Do you think he looks just like Kanye West?

Cassie's Husband, Alex Fine, Shares Photo Of His Father Who Was Declared Dead But Fought His Way Back To Life To Be With Baby Frankie