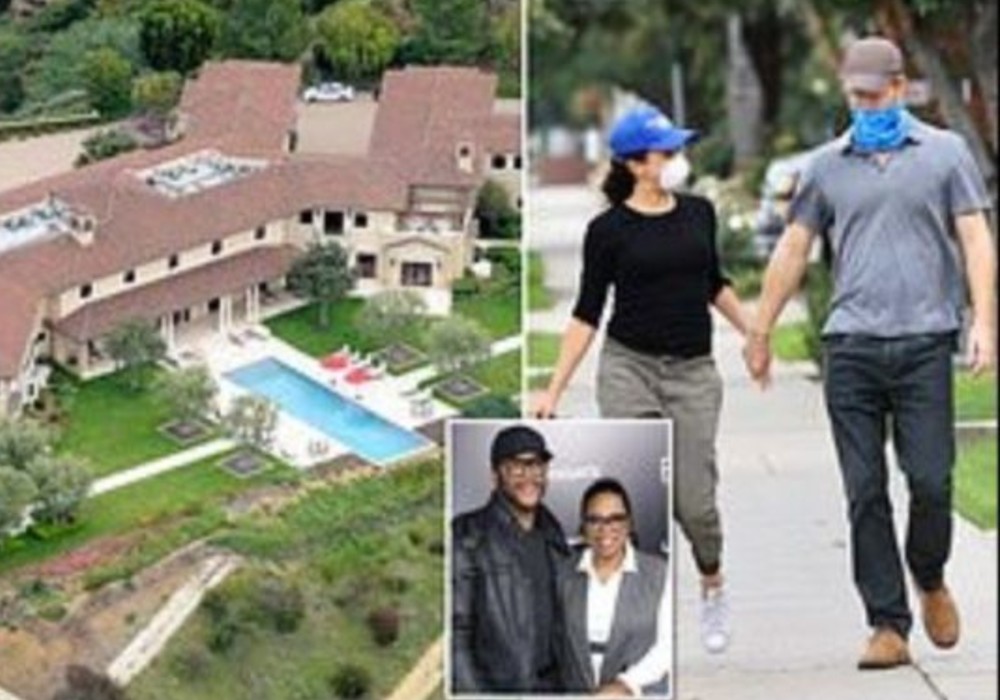 It was revealed earlier this week that when Prince Harry and Meghan Markle moved to Los Angeles at the end of March, they moved into Tyler Perry’s $18 million Beverly Hills mansion. A new report claims that the Duke and Duchess of Sussex connected with Perry through a mutual friend: Oprah Winfrey.

According to The Guardian, since they made their Megxit announcement earlier this year, Prince Harry and Meghan Markle have benefited from the “Oprah connection.” Winfrey has reportedly connected the Duke and Duchess with her inner circle of famous and wealthy Americans to help the couple with their transition to life in North America.

They really have zero self-knowledge, don’t they? ‘Finding Freedom’ from what? A life of unimaginable riches, privilege and status? https://t.co/JzKeSMt8UA

Prince Harry and Winfrey collaborated on an Apple TV mental health documentary series, and she has supposedly taken the couple “under her wing” since then. The Duke and Duchess of Sussex also have connections to A-listers like George and Amal Clooney, Serena Williams, and Ellen DeGeneres.

Winfrey connected Harry and Meghan with Perry when they were looking for a place to stay after leaving the UK in January. The Duke and Duchess originally moved to Vancouver Island in Canada, but they ended up moving to Perry’s LA home just before the borders were closed due to COVID-19.

Perry’s home sits on 22 acres in a guard-gated community and it features eight bedrooms and 12 bathrooms. In addition to Perry, Oprah has introduced Harry and Meghan to her bestie Gayle King. The CBS morning news anchor is said to have attended Meghan’s baby shower in New York last year, and the two women have grown close.

Winfrey attended Harry and Meghan’s wedding in May 2018, but she insists she didn’t influence the couple when they decided to move away from Harry’s family. She said that they “do not need my help figuring out what’s best for them.”

The family is supporting the charity campaign #SaveWithStories which helps provide learning resources to millions of children. pic.twitter.com/xEBzuhbeJm

Oprah Winfrey said that she “1,000 percent” supported Harry and Meghan’s decision to step down from life as senior royals and move to America. She believes that Harry did what he needed to do for his wife and son, Archie Harrison, and she doesn’t believe that anyone has any right to say anything about the decision.

The reaction on social media to Harry and Meghan living in Tyler Perry’s house hasn’t been good since it doesn’t look like the couple is actually paying their own bills. However, it isn’t publicly known if the couple is renting the property or if they are staying at the home as guests.