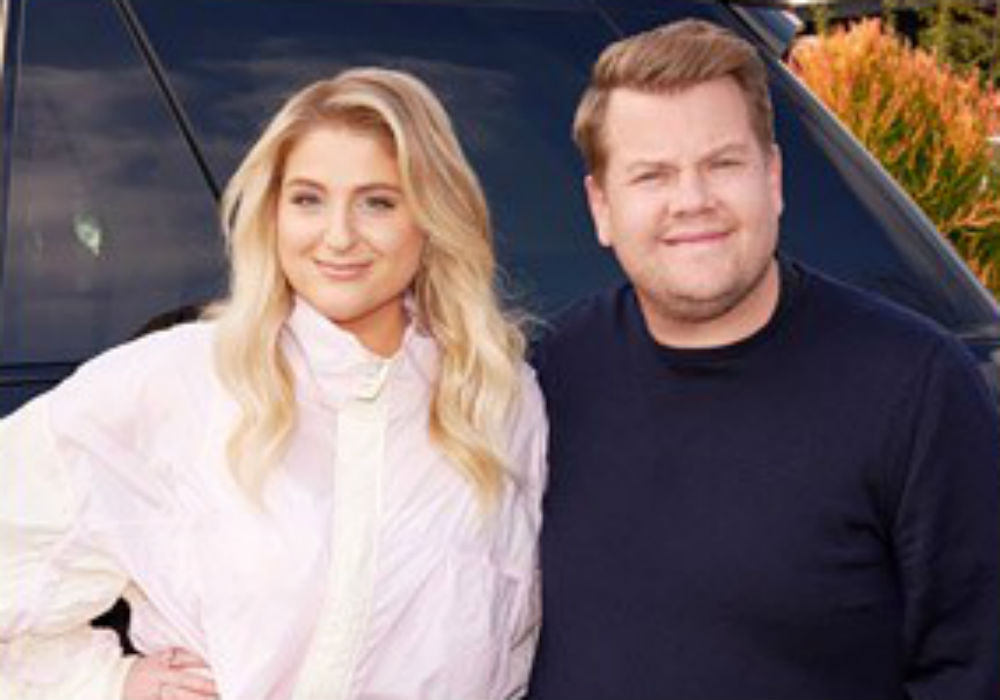 Meghan Trainor has been waiting for years to help James Corden drive to work in his fan-favorite Carpool Karaoke segment on The Late Late Show, and she finally got her wish on Thursday night. But, the singer wasn’t expecting the big surprise that Corden had in store.

The duo started off the segment by singing Trainor’s hit All About That Bass, and then she told Corden during their discussion that she loved married life, and she met her husband Daryl Sabara through a blind date set up by her friend Chloe Grace Moretz.

Trainor explained that she went on a double date with Sabara, Moretz, and Brooklyn Beckham at a bowling alley, and she hit it off with Sabara that first night. Trainor revealed that Sabara serenaded her with a karaoke version of Elton John’s Your Song, and that was the moment she knew she would marry him.

The singer said that Moretz and Beckham kept telling her to kiss Sabara, to which Corden asked how old she was at the time. His guess was that she was 12. Trainor said she told Moretz and Beckham, “you are children.” However, later that night, she told her security guard to leave, and that’s when Sabara got the cue that things were “going down.”

Later in the segment, Corden brought up Trainor’s love of Dr. Phil, who she claimed to “worship.” She then admitted that she had recently sat in the audience of his talk show.

Back in the UK with my ❤️ @darylsabara

“For my birthday, my brother got me tickets to see Dr. Phil live and I went there and it was the greatest day of my whole life,” said Trainor.

A few seconds later, Meghan starts losing it because she noticed in the side mirror the surprise Corden had for her – Dr. Phil was getting into the backseat.

“I’m gonna throw up. I’m so excited,” she said. Then turning to Dr. Phil, she added, “Your teeth look so good. He’s so handsome.”

Dr. Phil proceeded to sing All About That Bass with Trainor and Corden, and he also revealed that he was a big fan of the singer. He also promoted Meghan Trainor’s new album Treat Myself, which dropped on Friday.