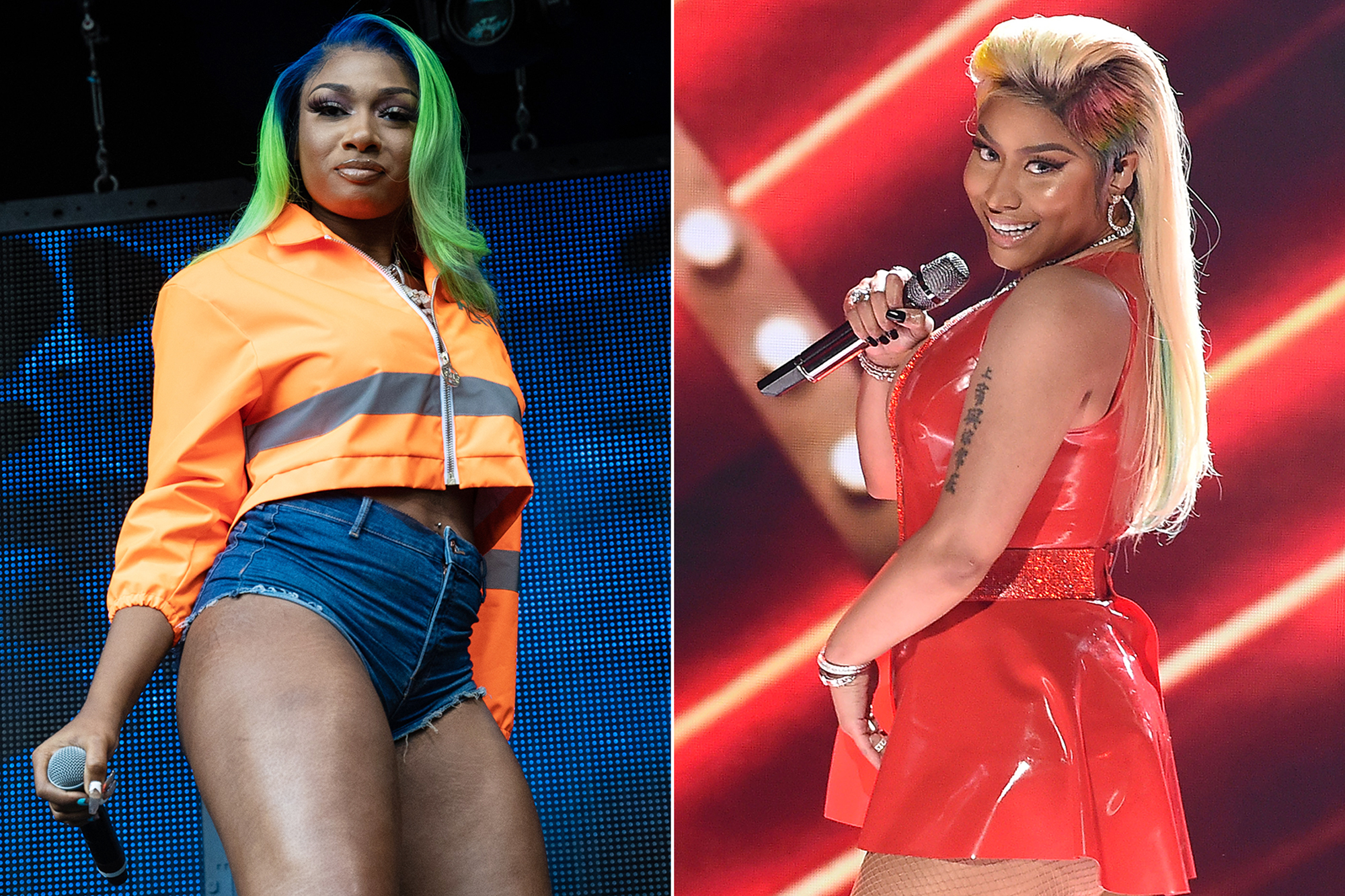 The announcement that Nicki Minaj wanted to retire from rapping was met with mixed responses from her fans, some of whom were apparently disappointed and refused to believe that this was happening.

However, in the end, Nicki seems to have made up her mind, and she is reportedly already looking forward to new opportunities in her career.

Among those who have stood by her side is Megan Thee Stallion, who recently pointed out that while she did not fully believe that Nicki wanted to retire, she also respected her decision and wanted to offer her every bit of moral support that she could.

However, Megan also admitted that the news caught her by surprise as much as it did the rest of Nicki’s fans, and she was confused over why her fellow rapper might choose to take the exit so early in her career.

She said: “Friend, I don’t be looking at the bad stuff.”

The host went on to say that she would not mind having a backside like Nicki’s but understands that anyone can look subpar standing next to Megan.

The Texas rapper chimed in and said: “Well, fortunately, she’s an amazing lyricist, so her twerking doesn’t have nothing to do with her music.”

Megan Thee Stallion also said she does not believe that Nicki has retired. On the other hand, Nicki Minaj seems to have some solid plans for her professional future, so it makes sense that she would want to give herself more freedom to execute them.

What exactly she is going to do next is as good as anyone’s guess, even though fans have been getting some hints over the last few weeks. Hopefully, she has something solid lined up next.

One fan said this: “It’s still not clear exactly what Nicki is planning to do though, but she is obviously determined to make thigs work, and has a lot of experience under her belt already that could easily make any of her dreams a reality.”

This person stated: “Girl you making your Mama SO proud! Keep shining Queen! We all proud of you!! 💕💕💕✨They deserve a number 1 2 of the most talented female rappers of this generation.”

Another music lover revealed: “Let’s talk about how this is now the biggest female rap collab debut on YouTube surpassing Motorsport (4.6) ♥️ THEY HATE TO SEE IT.”

This follower shared: “I love this video. Nicki and Meg two of the best female rappers out today. Love it🔥🔥❤️❤️💯.”

Nicki will probably do something impressive next.