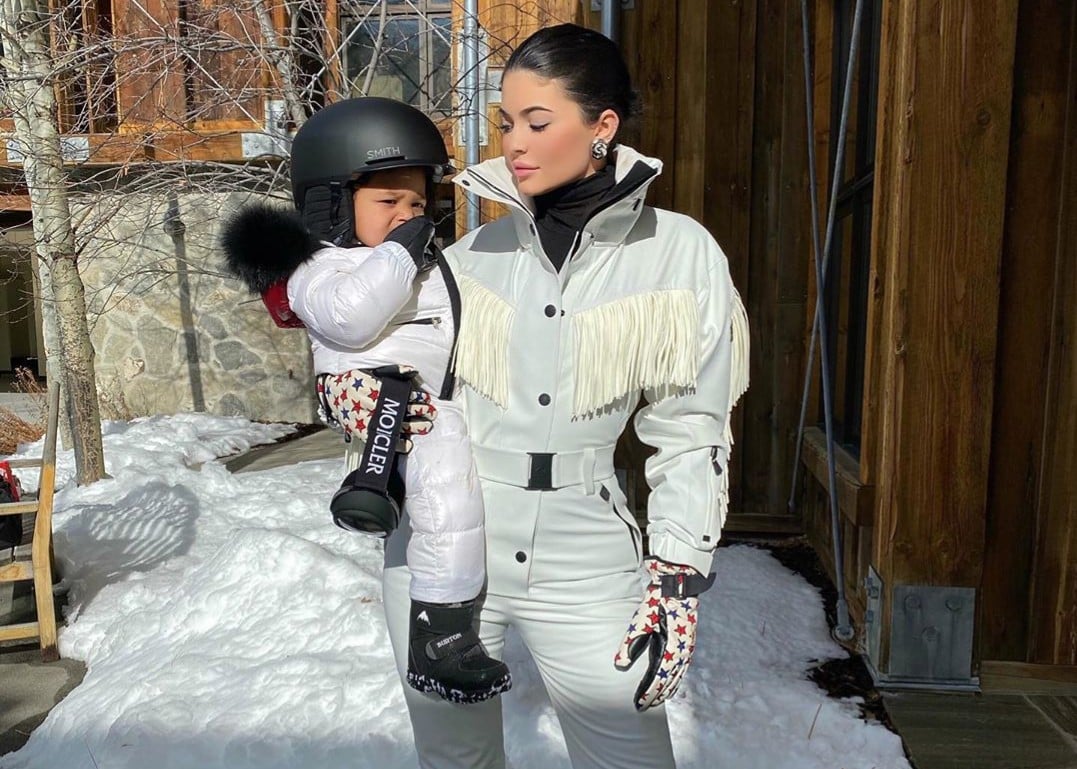 Kylie Jenner is on a winter trip and recently showed off photos of herself and bestie Yris Palmer dressed in Chanel and looking like snow bunnies. Now, the baby Jenner is showing off her own baby as she rides a snowboard and enjoys herself on her first snow trip. At 1-years-old, Stormi may be one of the world’s youngest snowboarders and photos and videos of Stormi on her adventure are going viral.

Kylie Jenner shared photos of herself with Stormi, as well as several videos while she stood on her snowboard with her 152.6 million Instagram followers.

There’s simply no question that Stormi Webster is absolutely adorable riding the snowboard.

Dressed in a white snowsuit with stylish, black fur trim, and wearing a pink helmet, Stormi was ready to get down to business and looked assured and confident as her snowboard was pulled across the snow.

Stormi didn’t appear to have any fear or concern for her safety and clearly enjoyed the ride.

You can see several videos of Stormi snowboarding in the video player below.

Kylie Jenner shared additional photos with her Instagram fans featuring herself and Stormi. The mother and daughter made an adorable pair in each photo. Kylie Jenner looked beautiful in a white-fringed ski suit by Moncler Genius. The suit goes for approximately $3100 and Kylie looked gorgeous in the outfit.

Kylie shared multiple photos with her fans including several that were captured inside by the fireplace. Kylie wore several outfits including leather pants, black leggings, a brown turtleneck shirt with leather gloves, snow boots, and a puffy jacket.

Outdoor photos with Stormi were adorable and Stormi looked as cute as a button in her own, miniature snowsuit while propped in her mother’s arms.

You may see multiple photos that Kylie Jenner shared featuring Stormi Webster in the photo slideshow below.

What do you think of Kylie’s and Stormi’s winter getaway trip and their matching outfits? Were you surprised to see the toddler snowboarding?

Kylie has recently sold a large portion of her business and just launched new colors for her Kylie Cosmetics holiday palette.  What do you think about Stormi Webster’s snowboarding skills? 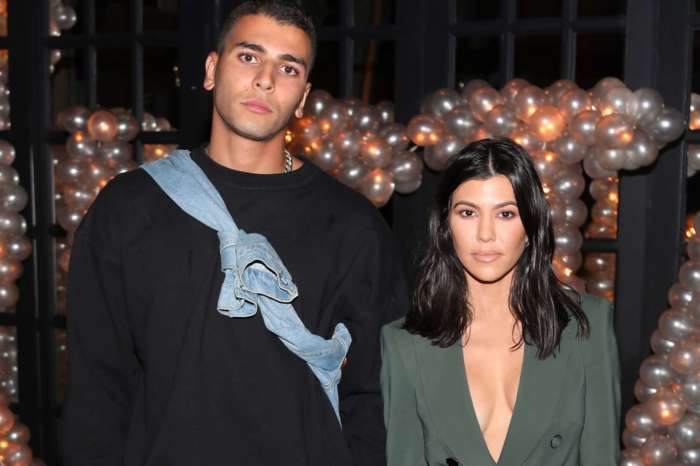 KUWK: Younes Bendjima Reportedly Still Wants Kourtney Kardashian Back - Here's How She Feels About That!