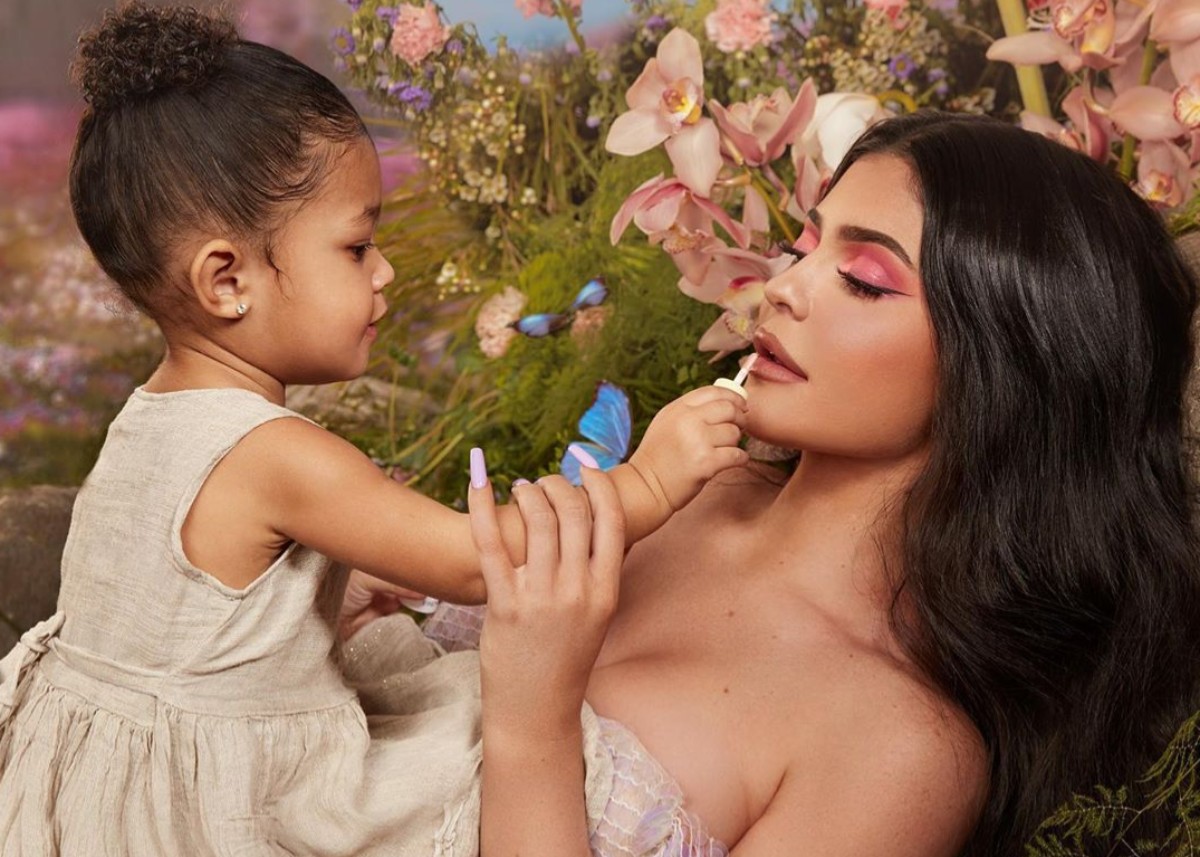 Kylie Jenner continues to get backlash after letting her two-year-old daughter Stormi Webster wear large, gold hoop earrings. As the Internet is divided and many are mom-shaming Kylie, who is only 22-years-old. Many feel that Kylie should never have let her toddler daughter, Stormi wear the earrings as they believe they pose a safety hazard. The earrings were solid gold and encrusted with diamonds. They featured Stormi’s name written in script inside the hoop. Stormi loved the earrings and Kylie shared multiple photos of her two-year-old daughter wearing the jewelry.

Kylie kicked off the controversy by sharing multiple photos of Stormi posing in the earrings on her official Instagram account, where she has 163 million followers. In addition to Stormi’s earrings, fans were also quick to notice that Stormi was posing with a Bentley Trike stroller in the background.

You may see a video with Stormi Webster telling her mother, “No” when asked if she could take out her earrings as well as photos of the Bentley Trike in the background in the video player below.

Bentley Trike spotted their stroller in Kylie Jenner’s photos and shared it on their official page. If you look in the background of the picture below, you will see the Bentley trike in the back right.

You may also see Stormi’s large, gold hoop earrings below.

While many people praised Kylie and Stormi’s outfit, as well as her earrings there were many who stated that Kylie never should have let Stormi wear the jewelry in the first place. Kylie may have been surprised by the negative comments that she received.

Kylie hasn’t been very active on social media since the controversy ensued. She did announce that the Stormi collection makeup palette has been restocked after selling out.

Have you seen the Stormi Collection? The makeup was inspired by Stormi Webster’s second birthday.

Not only is the Stormi Collection in high demand, but so too is the Bentley Trike after Kylie shared the photo with it.

What do you think about the controversy surrounding Stormi Webster’s large earrings? Do you think it was a safety hazard for Kylie to let her wear them?

Presley Gerber Is Going Through A 'Rebellious' Phase A Source Explains