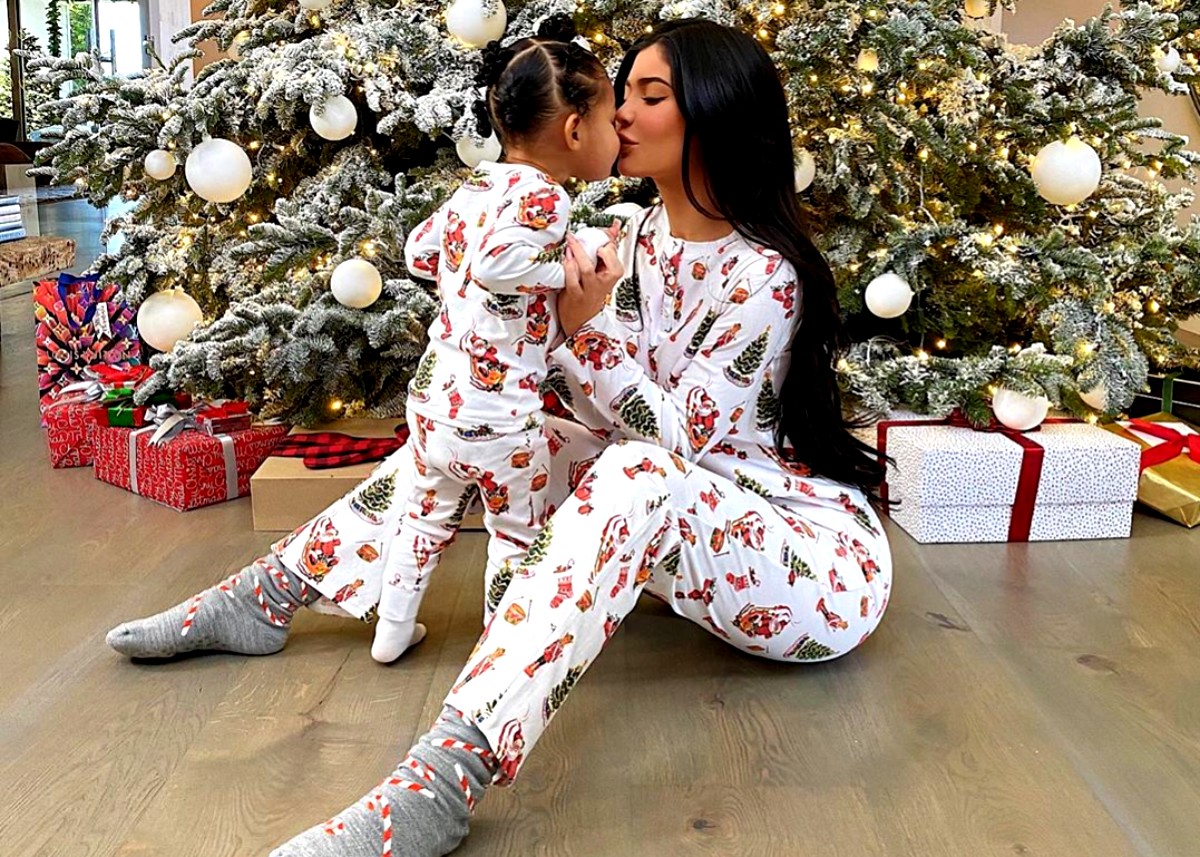 Kylie Jenner and Stormi Webster have been twinning and her mom keeps sharing the adorable photos on her official Instagram account. First, Kylie Jenner and Stormi Webster wore matching, glamorous emerald green gowns for their family’s Christmas Eve party, and now the mother-daughter duo wore adorable matching pajamas on Christmas morning. Kylie shared the seasonal snap with her 154.7 million Instagram followers where it immediately went viral and has over 3 million likes.

Kylie and Stormi are sitting on the floor, near her 18 foot Christmas tree that Kylie decorated with a winter wonderland theme. Solid white ornaments adorn the tree that appears as if it is dusted with snow. Kylie stated that she wanted to keep the decorations minimalistic but also made certain they matched her furniture.

In the photo below, Kylie wore her dark tresses long again and her hair flowed past her waist. You could see Kylie had her makeup on and as she sat on the floor and held Stormi’s hands, the little to kissed her mother on the lips. Kris Jenner just gifted Stormi with her very own playhouse, complete with the same furniture Kylie played with as a child. The tree has plenty of presents surrounding it and it is clear that Stormi is having a fabulous Christmas.

You may see the adorable photo of Kylie Jenner and Stormi Webster wearing matching Christmas pajamas below.

Kylie Jenner split with Stormi’s father, Travis Scott, in October and since then, there here has been great speculation regarding her romantic life. Some sources suggest she is dating Drake, while others say she and Travis are back together. It is unclear who Kylie Jenner is seeing right now, but she and Travis were together at the Christmas Eve party and spent time with each other and Stormi.

Kylie supported Travis at his Astro World festival and was seen dancing at the concert and singing along to his songs. You may see a photo of Travis Scott as he holds Stormi in his arms, while Kylie looks on below.

Last night 😍♥️ Merry Christmas to you all 💚💚

What do you think of Kylie Jenner’s and Stormi Webster’s matching Christmas pajamas?

Do you think the mother and daughter are adorable? 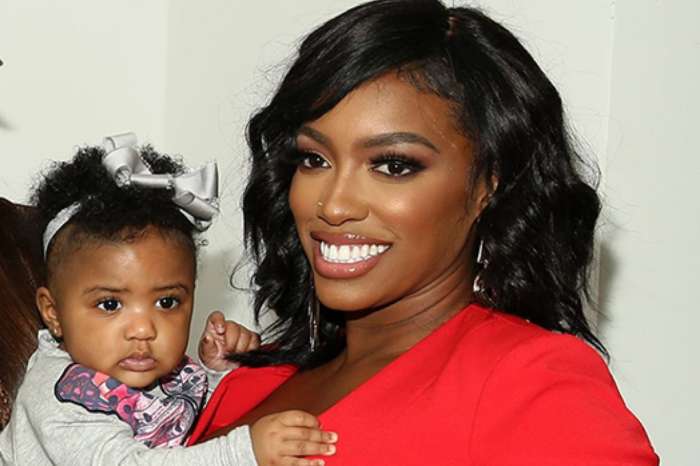