KUWK: Khloe Kardashian Fans Speculate Once Again That She Got A Nose Job After She Insists It's Just Contouring

Khloe Kardashian denied the speculations that she got a nose job. The Keeping Up with the Kardashians star credited the rumors to her great contouring skills.

Even so, a new pic has her fans pretty suspicious since the tiny nose makes the Kardashian not even really look like herself anymore.

It’s been months of rumors that Khloe underwent a procedure to make her nose smaller but every time she denies it, arguing that it’s just makeup.

Earlier today, she posted a new pic in which her nose looks way smaller than in photos taken by paparazzi back in February.

Of course, since it’s on her platform, it’s possible that she just used Face Tune or Photoshop to achieve the desired look.

Regardless, many fans still used this opportunity to speculate about the possible plastic surgery some more.

Here are a few of the comments Khloe got on it: ‘Where did your nose go?’ / ‘Who are you and what happened to Khloe Kardashian?’ / ‘Who is this?’ / ‘Thought this was Kim.’

Someone even compared her to the King of Pop since his nose would keep on shrinking in his last years by commenting: ‘actually it’s Michael Jackson now.’

The rumors she got plastic surgery apparently first started back in May when she stopped on Laura Wasser‘s Divorce Sucks podcast.

Seeing the video, fans freaked out, posting things such as: ‘What in the KrisJenner happen to Khloe’s nose? Girl…u did not need more plastic surgery….love thy beautiful self!’ 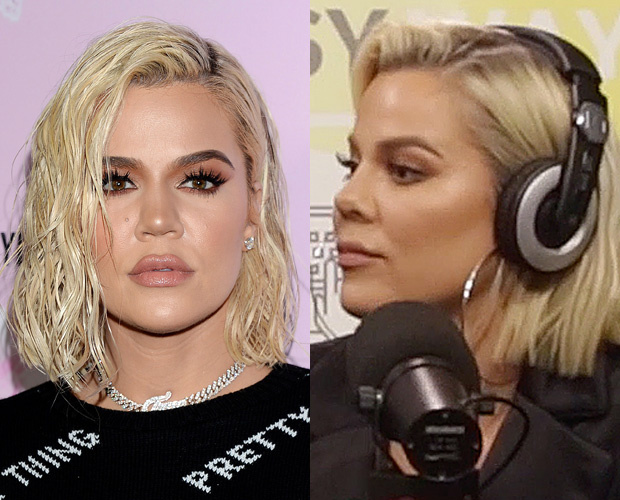 Then, in June, Khloe also posted a selfie in which her nose looked way smaller than in the months before.

The next month she explained that she sometimes goes too far with the nose contouring, suggesting that is why it looks so small sometimes.

Eva Marcille Has The Best Time - Check Out Her Recent Pics