Kourtney Kardashian Shaves Reign Disick's Head And She Is Not Okay That He Has No Hair!

Reign Disick has no hair! Kourtney Kardashian shared a shocking photo of her five-year-old son on her Instagram page, where she has 98.4 million followers and stated that she was "not okay." In the past, Kourtney had been shamed for her son's long hair and in a photo taken over the weekend, Rein's hair was past his shoulders and he wore two braids. Even little Reign seemed shocked by his shaved head as evidenced by the photo that Kourtney Kardashian shared. Reign put his hand on the top of his head and felt the stubble with a blank look on his face.

Undoubtedly, many people mistook Reign for a girl with his long locks and the braids certainly didn't help clear up any confusion regarding his gender. Though the world is more accepting of gender fluidity than in previous generations, it is often difficult to tell children apart when they have long hair. Kourtney didn't give a reason for the sudden shaved head and some are asking if Scott Disick had something to do with it.

Kourtney and Scott have spent weekend after weekend together since his split from Sofia Richie and some think the couple has reunited and is back together. Kourtney, Scott, and their three kids Mason, Penelope, and Reign spent the weekend in Santa Barbara, California at a luxury resort, and in photos that she shared, Reign still had long hair.

Now, many are asking what happened to cause Reign to have his head shaved, and why Kourtney said she isn't okay. Did someone shave Kourtney's head without her knowledge? Did Reign get ahold of a pair of scissors? Did Scott Disick insist that Reign get his hair cut? Did Reign say that he was hot and wanted all of his hair cut off?

At this point, no one knows what transpired but people have questions!

KUWK: Brad Pitt And Kim Kardashian Have A Sweet Chat While Holding Hands At Oscars After-Party!

You may see a photo of Reign wearing braids, captured over the weekend below. 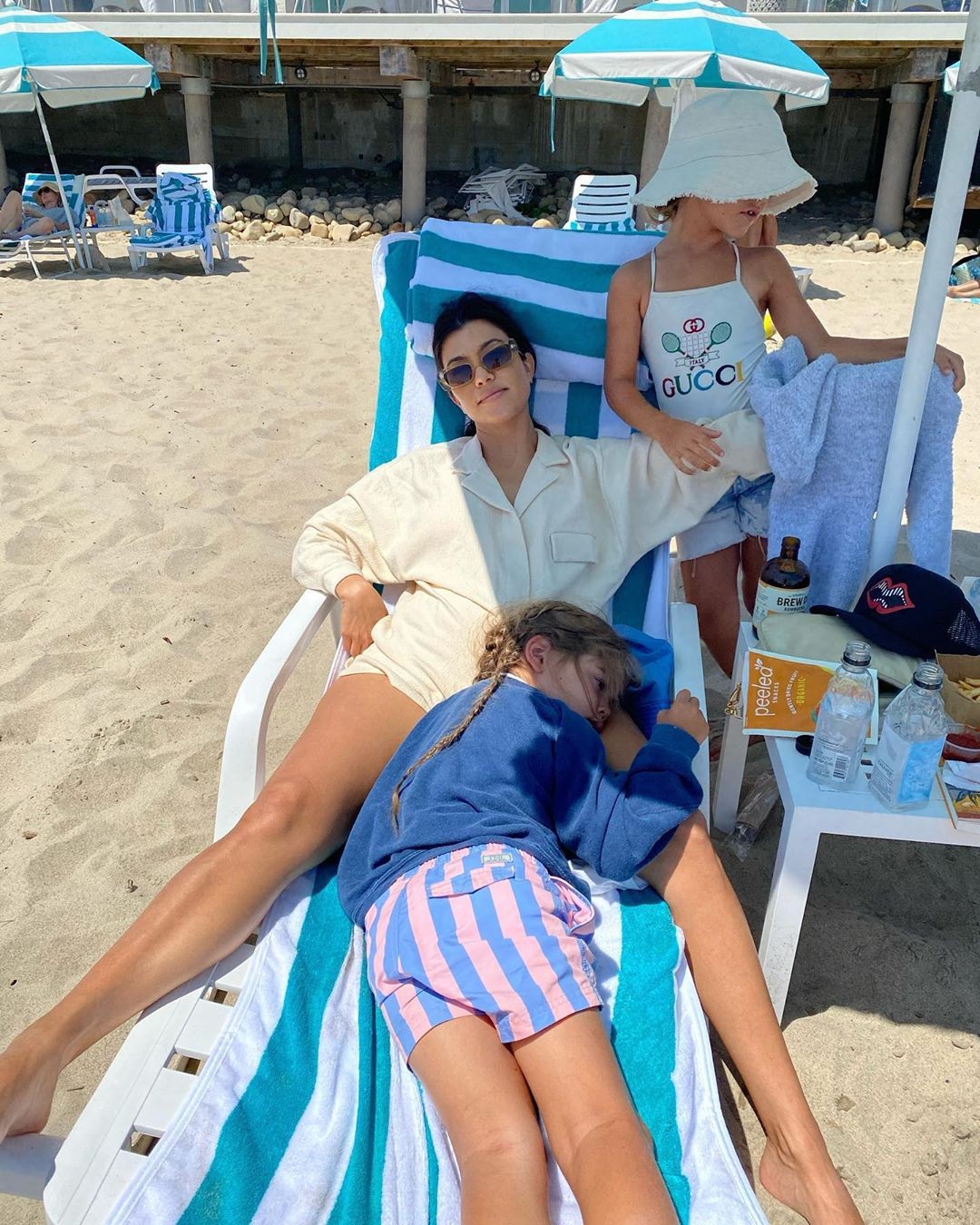 Kourtney didn't share photos or videos of the haircutting process (yet), but she did share a long, cut off solo braid in her Instagram stories. The photo suggests that Reign's hair was gathered into a ponytail and braided then that braid given to his mother before the rest of his head was shaved.

It is unclear whether Kourtney will treasure Reign's braid as a keepsake or donate it to children in need of wigs. Some are now wondering if Reign grew his hair long and donated it to a program like Locks of Love. 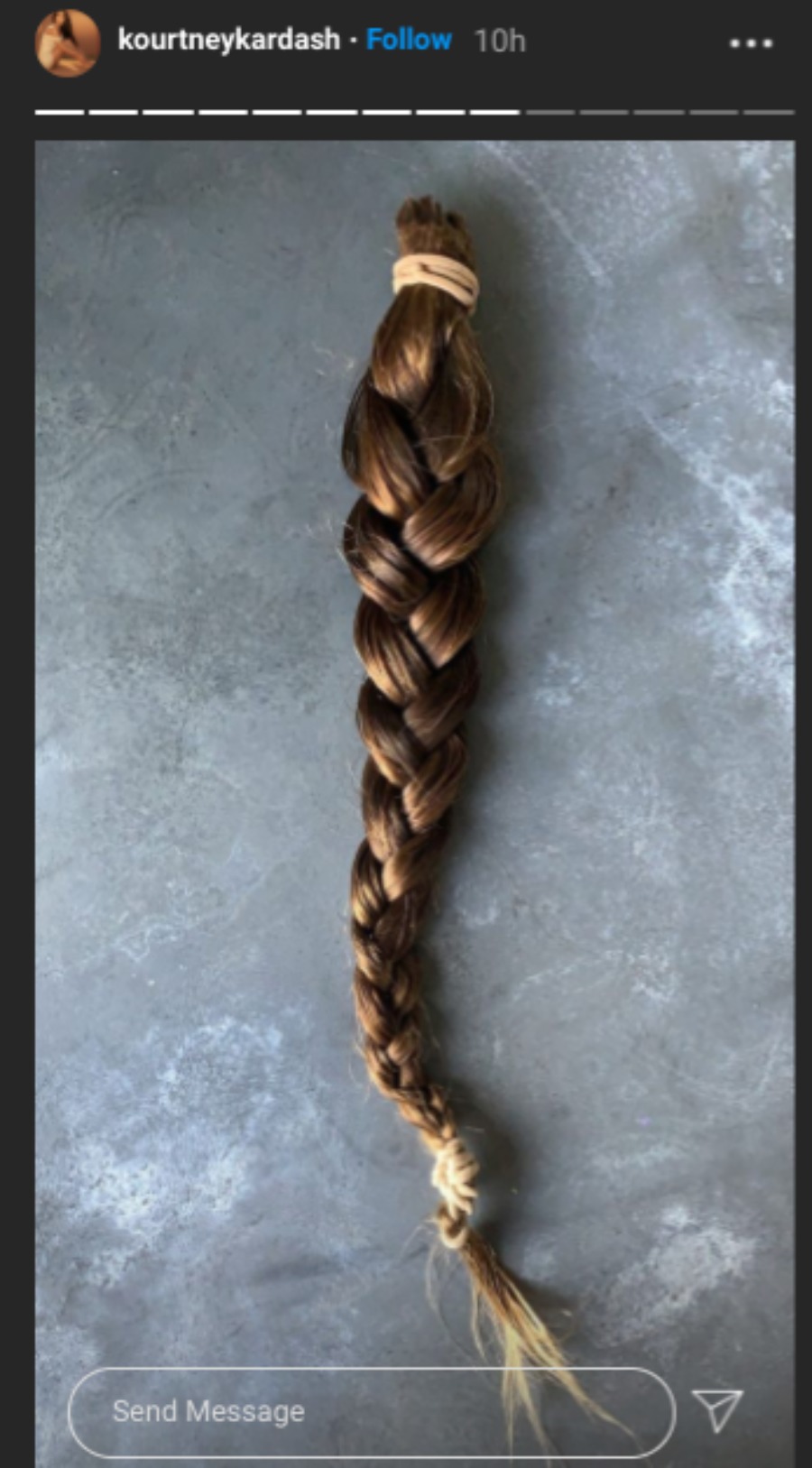 The photo of Reign with his shaved head is going viral and has more than 2.3 million likes. There are plenty of comments from people praising Reign's looks as well as those letting Kourtney know they understand where she is coming from as her baby boy is growing up.

You may see the photo of Reign Disick with his shaved head below.

What do you think about Reign Disick's sudden haircut and shaved head? Were you surprised when Kourtney Kardashian shared the photo of Reign on her Instagram page?

Blink-182 drummer Travis Barker speaks out about his hospitalization