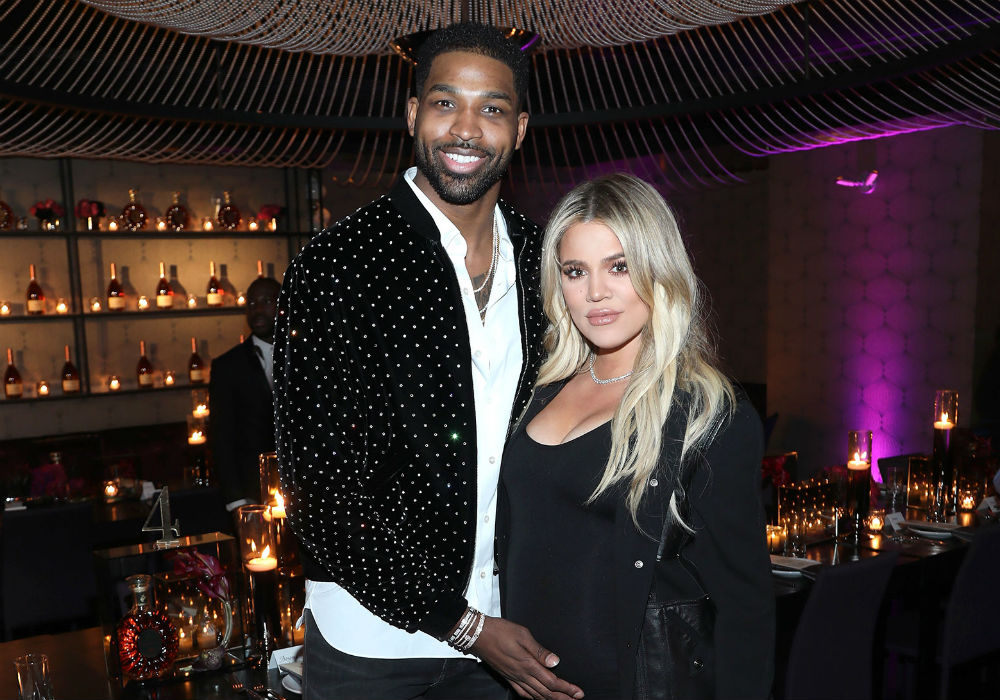 By now, Tristan Thompson is so familiar with cheating scandals that they don’t even faze him. After more than a year of causing massive chaos in Calabasas – and just a couple of weeks after Khloe Kardashian dumped him – the Cleveland Cavaliers star has apparently moved on with a new woman.

According to Radar Online, earlier this week Thompson posted a video of himself enjoying a night out with friends and a new mystery girl.

In the clip, the 27-year-old is holding a glass of wine while sitting next to two male friends. Thompson starts to pan to show his friends but stops before revealing who is sitting across from him. However, in a pic he posted from the same night, fans can tell that a girl is sitting across from Thompson because we can see her hands and her pink nail polish.

The NBA star was attempting to show off his plate of pasta, but fans immediately started to guess the mystery woman’s identity.

One wrote that the female was Jordyn Woods, the former friend of Kylie Jenner who Thompson cheated with before Khloe dumped him. Another fan wrote that Thompson has “some serious personality flaws,” and a third said that Thompson should “wait 35 minutes” before jumping into another relationship.

Thompson quickly realized the social media uproar he was causing, and within minutes he deleted both the video and the picture.

Thompson was in New York because the Cavs were playing the Brooklyn Nets. And, it looks like he is taking advantage of his newly single status. He also appears to be completely oblivious to the fact that he has caused major drama. After he and Khloe split, Thompson has continued to like some of her pics on Instagram.

As for the timeline of events of the Thompson-Woods hookup, insiders say that Woods called Khloe the night of Thompson’s party to let her know she was there and to “make sure none of the girls stayed over.”

However, Jason Lee from Hollywood Unlocked called Kim Kardashian’s best friend, Larsa Pippen, to let her know that Woods and Tristan Thompson had hooked up. Then, Pippen called Kim and Kourtney.

“Kim was in complete disbelief, but Kourtney believed it,” says the insider.

Kourtney broke the news to Khloe, who then confronted Woods. At that point, Woods “broke down” and admitted her betrayal.

Find out of E! cameras caught everything that went down when Keeping Up With the Kardashians returns with all new episodes on March 31st.