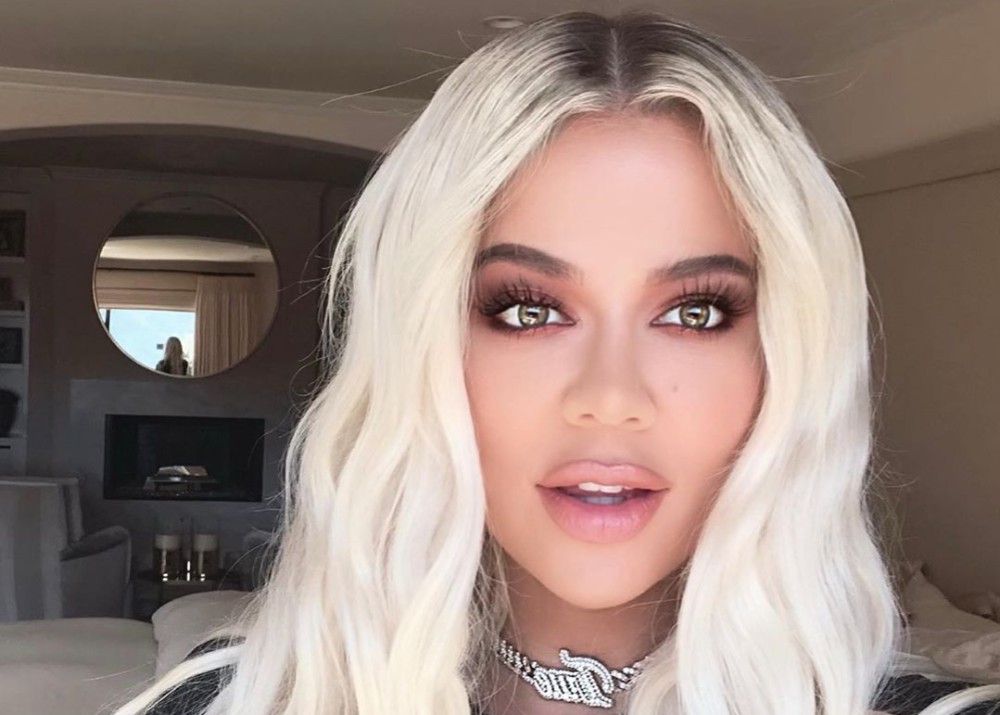 Khloe Kardashian has been the subject of many conversations regarding her changing looks. The Revenge Body star has stated on multiple occasions that the best way to get over somebody is by reinventing yourself into the best version possible. She’s also spoken about how a bad relationship can destroy your self-confidence and self-esteem therefore when you give your physical body the attention it deserves, you won’t only look good on the outside, but will help heal what’s hurting on the inside as well. Over the past several months, fans have grown concerned over Khloe’s evolving look. Now, it is Khloe’s eye color that is the subject of conversation.

Sharing the photo with her 98.6 million Instagram followers, fans quickly noticed that Khloe’s eyes appeared a different shade of green. Typically, her eyes appear a dark hazel with brown and green flecks, but in this picture, they seemed a true green. While some credited the photo’s lighting with the change, there were others who questioned if Khloe was wearing green contact lenses. Khloe has recently been accused of undergoing multiple lip filler procedures as well as a nose job.

Khloe didn’t address comments or speculation regarding her eye color. You may see a close-up photo showing Khloe’s eye color below.

Additionally, Khloe was in Toronto on Wednesday night where she launched her Good American jeans at an event. Khloe stunned wearing a pair of caramel-colored Good American jeans with a taupe colored top and a pair of thigh-high suede boots. The jeans have a faux-suede look to them and she paired the stylish yet sexy outfit with a long, black duster. At 35-years-old, Khloe is proving herself to be an amazing single mother and incredible businesswoman.

Good American shared several pictures from the Toronto event, including several that featured Khloe Kardashian and Emma Grede.
They shared the following caption with the pictures.

“We’re officially live in Canada!! 🇨🇦 Thank you to @hudsonsbay for an incredible kick-off event, come check out our space and try on your favorite GA pieces in every size.”

We’re officially live in Canada!! 🇨🇦 Thank you to @hudsonsbay for an incredible kick-off event, come check out our space and try on your favorite GA pieces in every size

What do you think of Khloe Kardashian’s ever-changing looks and light green eyes?

Are you a fan of Khloe’s Good American jeans?

Lisa Vanderpump Claps Back At Eileen Davidson After Dragging Her For Leaving RHOBH - 'At Least I Wasn't Fired!