Khloe Kardashian is often accused of photoshopping her photos and failing, but did she really photoshop her leg in a picture that is included in a new slideshow that she shared on her Instagram account or is it an optical illusion? Khloe has been working out and even showed off some pictures where she is noticeably thinner but some think she photoshopped her leg in some workout photos to appear even smaller. It's no secret that some of the Kardashians have undergone radical physical changes since the launch of their reality television show Keeping Up With The Kardashians (KUWK) premiered on October 4, 2007. Khloe, along with Kylie, are accused of altering their appearances the most, along with Caitlyn Jenner. But did Khloe really photoshop her workout picture to make her leg appear smaller?

You may see the photo that has everyone talking below.

In the picture, Khloe is wearing a white cap, has minimal makeup on, and is wearing an oversized gray hoodie that says "TRUE." She is wearing gray leggings and is standing with one leg bent showing the shape of her quadriceps. Some are weighing in saying her legs look unnatural and the left leg doesn't match the size of the right leg. Others are saying it is an illusion and that there is no photoshop involved

Here is the photo, what do you think? Do you see what people are talking about or does the photo look fine to you? 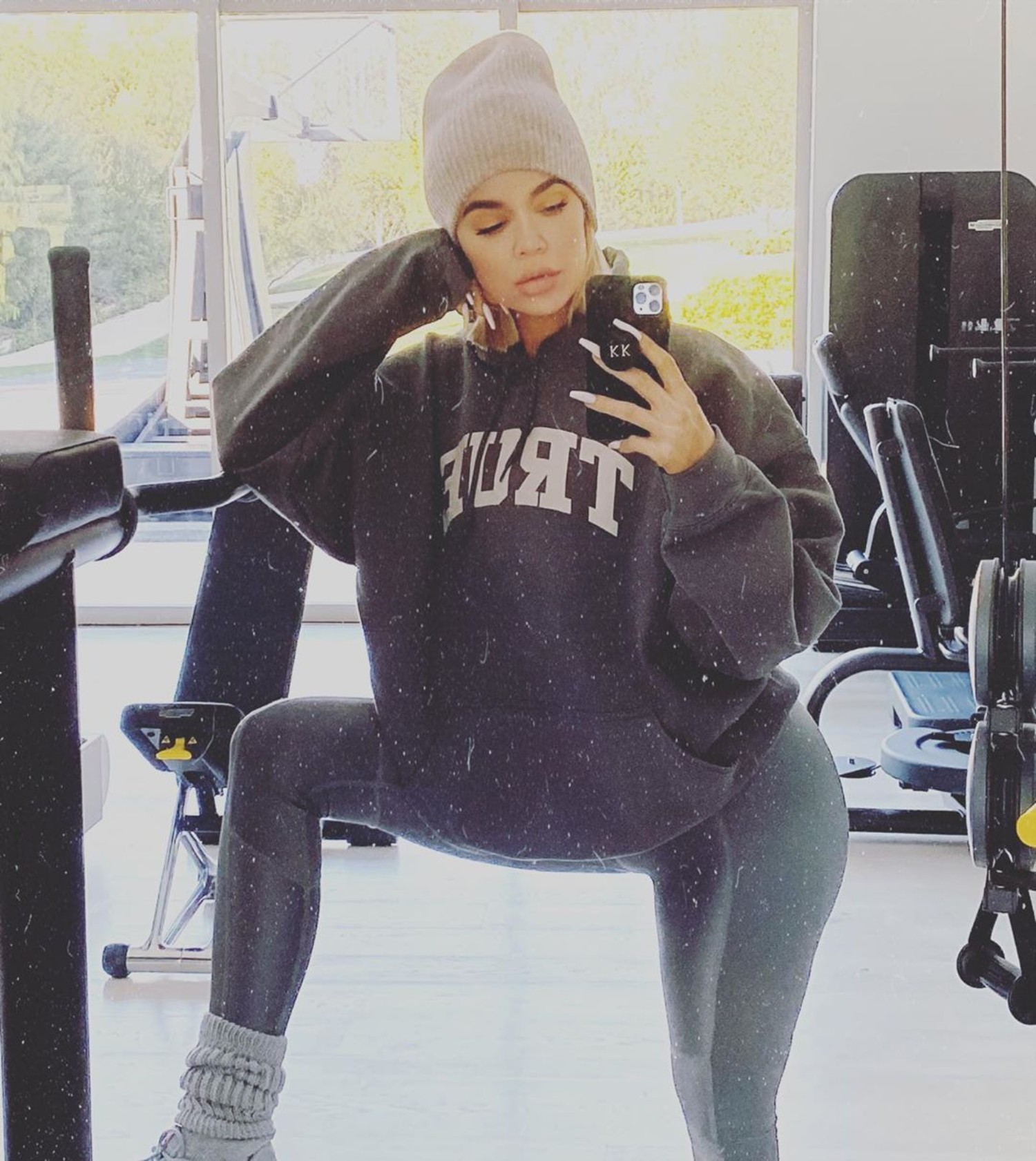 Here is the full slideshow that Khloe shared. In addition to the leg photos, she also lifted her shirt and showed off her flawless abs. Khloe definitely has toned stomach muscles after giving birth to her daughter True Thompson who celebrates her second birthday in April.

Khloe captioned the photo slideshow with the following.

What do you think? Does the photo look like it was edited to you or do you think it is just an optical illusion?

Do you follow Khloe Kardashian and her workout show Revenge Body with Khloe Kardashian? Right now, Season 4 hasn't been confirmed, but there is a good reason to believe it will return sometime around summer 2020.

Kardashians: Khloe Kardashian reconciled with Tristan before his paternity was made public

Jason Momoa has an affair with ex-girlfriend Timothee chalamet