Kelly Clarkson Continues To Show Off Her Weight Loss

Kelly Clarkson continues to show off her weight loss and she looks amazing. The Grammy and Emmy-award winner is going through a tough divorce from her estranged husband Brandon Blackstock , but that hasn't stopped her from looking her best. In fact, some are saying that since Kelly announced her separation from her husband of seven years, she's never looked better. Eagle-eyed fans have noticed that Kelly has been losing weight and her appearances on NBC's The Voice have proved to be the platform for the mother of two to show off some of her most amazing looks. Candice Lambert McAndrews styles Kelly and she has done an incredible job.

In one of Kelly's recent appearances on The Voice, she wore Saint Laurent. The dress Kelly wore is called the Latex Midi Wrap Dress and it retails for approximately $4, 290. Kelly wore the gorgeous dress that is made from 100 percent latex and quickly sold out after Kelly wore it on the show. Fans couldn't get over how tiny Kelly's waist looks in the dress and she looked amazing, healthy, and happy. If Kelly's divorce is weighing her down with stress, she certainly isn't showing it.

Gloria Elias-Foeillet of GloGlo Makeup did Kelly's face and matched the plum color of the YSL latex dress with the perfect shade of lipstick.  Kelly is wearing SeneGence International Sheer Red lipstick that retails for approximately $30.

You may see a photo of Kelly wearing the outfit below.

Kelly gave a full-length view of the outfit and showed off her undergarments that include a bra top and leggings and her footwear. Kelly wore black boots with the dress for a sensational look.

Celebrity hairstylist Robert Ramos did Kelly's hair and pinned it up and away from her face with loose tendrils falling freely on the sides. She wore two different drop -earrings to complete the look. 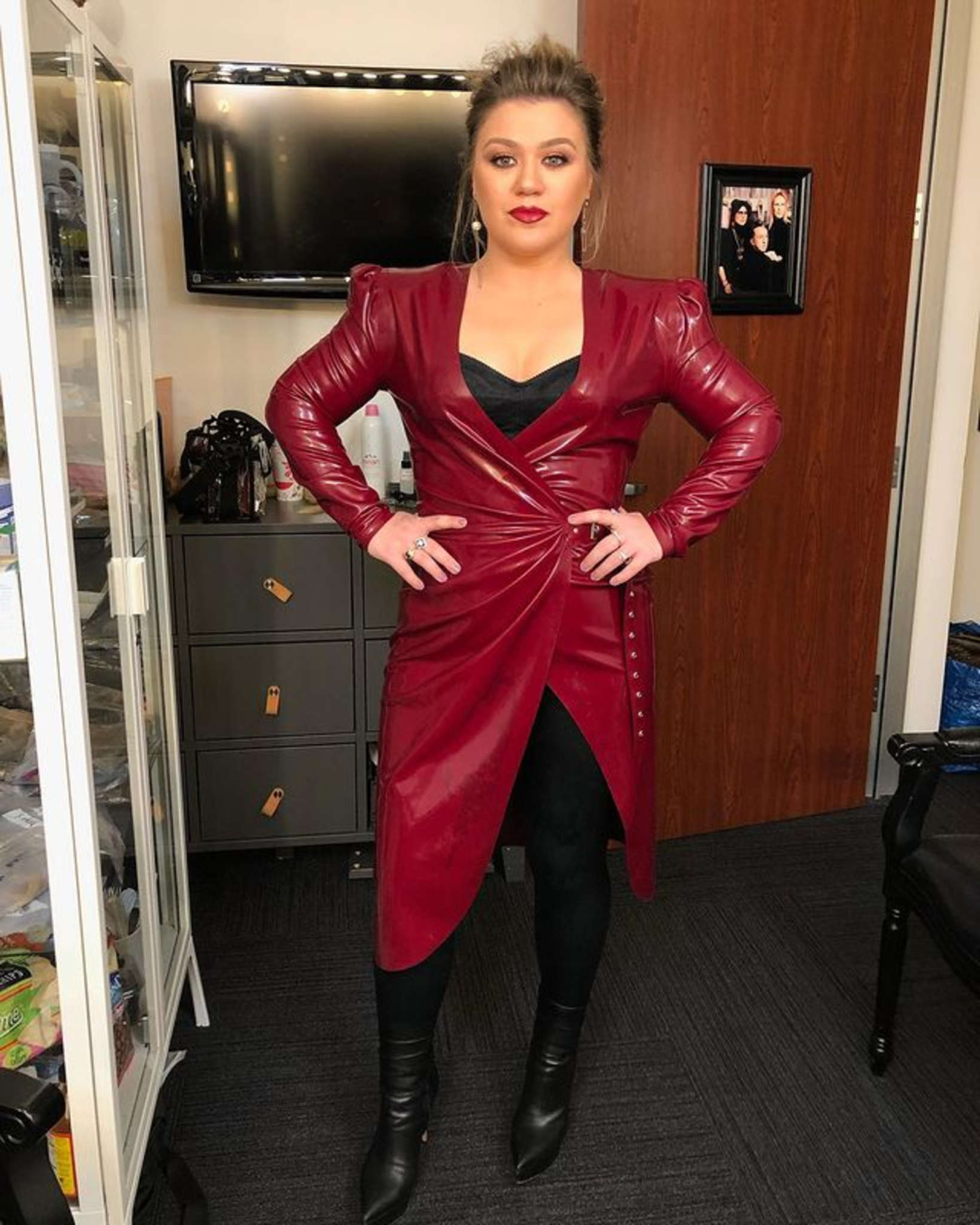 What do you think about Kelly Clarkson 's outfit? Do you like the look on her?

Is Kelly Clarkson Crying Herself To Sleep At Night Amid Divorce Battle?

Kelly Clarkson Says She's Made 60 Songs Since Divorcing Brandon Blackstock As An Outlet For Her Grief!