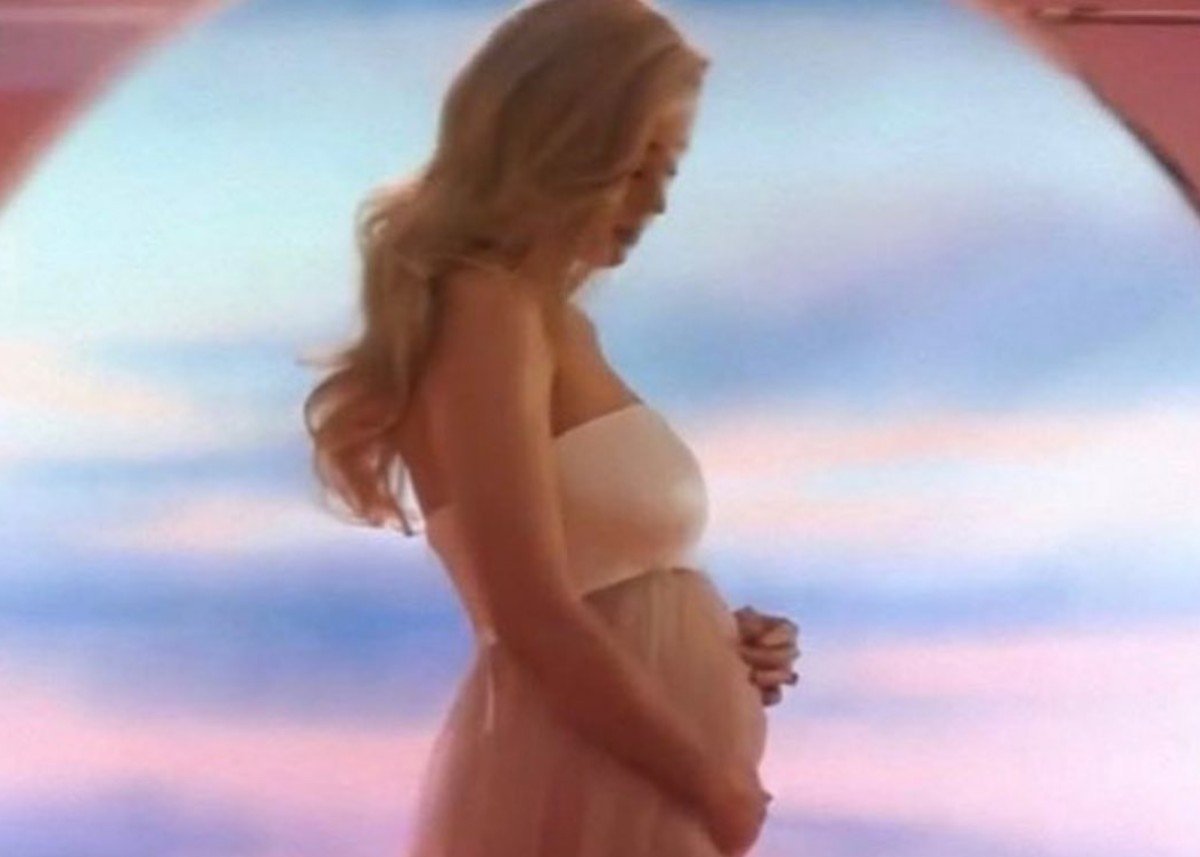 Katy Perry has confirmed her pregnancy in a new video for her song “Never Worn White” and on her official Twitter account. Now, many are asking if it was her pregnancy that resulted in her passing out when a gas leak occurred on the set of American Idol. While some are still holding out judgment whether or not Katy Perry is pregnant, the vast majority believes that she did confirm her pregnancy not only with her video and the beautiful shot of Katy’s baby bump but in her Twitter statement following the video’s premiere.

In the video “Never Worn White” Katy shares several images throughout the production that let fans know she was expecting. Not only did Katy look gorgeous in a white gown with long, flowing blonde hair, she continually held her baby bump. She also paid homage to Beyonce’s pregnancy photo when she was covered in blooming roses.

Many fans also say that Katy’s face has the roundness that comes with pregnancy and that she is boasting a pregnancy glow.

You may see the video that Katy Perry released for “Never Worn White” in the video player below.

After the video’s premiere, Katy shared the following tweet.

You may see Katy Perry’s official tweet that many believe is confirmation and proof of her pregnancy below.

Katy Perry is engaged to Orlando Bloom and this would be her first child. Orlando has a nine-year-old son with ex-wife Miranda Kerr. Fans are now convinced that Katy and Orlando are expecting a baby and suspect she may be in her middle trimester!

Orlando has publicly stated that he is ready to have more children and has made no secret about wanting kids with Katy.

At this point, it is unclear when Katy Perry and Orlando Bloom will walk down the aisle, but now many believe they will get married before the baby is born.

What do you think? Do you believe that Katy Perry is pregnant or do you think it is just part of her video?