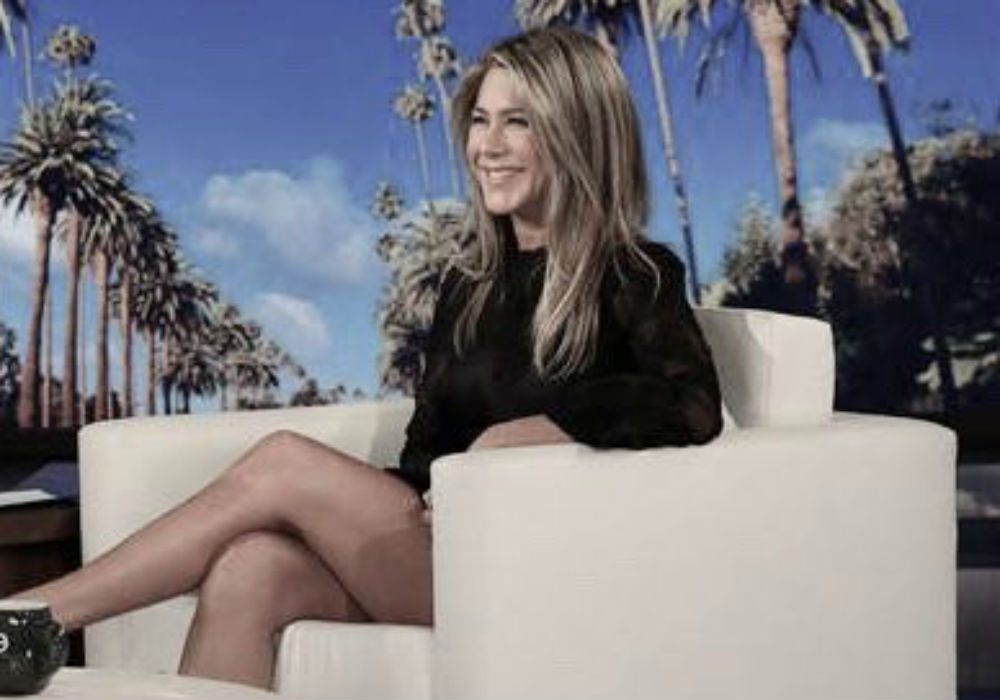 After taking home a SAG Award for her performance in the Apple TV series The Morning Show, Jennifer Aniston guest-hosted The Ellen DeGeneres Show, taking over for her good friend who had to spend the day at the DMV renewing her driver’s license. Even though it was her first time hosting a talk show, Aniston was extremely familiar with the filming location and she took advantage of this for a fun segment.

The Ellen DeGeneres Show is filmed on the Warner Bros. Studio lot in Burbank, California, which is where Friends was filmed for ten seasons. The Central Perk set is still there and is maintained for studio tours, and fans can sit on the famous couch and take pictures.

Aniston saw this as an opportunity to have some fun with Friends fans for a segment on the talk show. The bit featured different groups of unsuspecting fans checking out the Central Perk set and taking photos while Aniston was hiding behind the couch.

After a tour guide asked each group of fans who their favorite Friend is – with no one answering “Rachel” – Aniston pops up from behind the couch.

“I’ll pretend I didn’t hear that,” said Aniston to a group of fans who had just revealed that their favorite Friends were Phoebe and Monica. Another group was so starstruck by Aniston that they asked if she was really there and if it was real. “I live here,” joked Aniston.

The 50-year-old also took the opportunity during her monologue to “share some dirt” on DeGeneres. She started by saying that she was happy to be there and would do anything for DeGeneres because they are real life friends.

After explaining the difference between Hollywood friends and real friends, Aniston said that she was going to share some deep, dark secrets about DeGeneres.

“Like, for example, people think that she buys and sells houses because she loves real estate — no, it’s not true. It’s because she’s on the run. From the law. You have no idea!” said Aniston. “I’ve got more. Her real name? It’s not Ellen. It’s Sherry. Sherry Linguine. It’s true, you’ve just got to Google it. And there’s one more. She throws pennies away. She throws pennies right into the garbage in front of people. Good luck pennies!”

Aniston also joked that she can’t walk into DeGeneres’ dressing room because she’s always burning “one of those Gwyneth Paltrow candles,” referring to the Goop “This Smells Like My Vagina” candles that sell for $75.

Aniston also shared that DeGeneres once voiced an adult animated film called “Grinding Nemo,” but it was hard to find. During the episode, Jennifer Aniston also interviewed Will Ferrell and Selena Gomez.