Jagged Edge was quick to respond to the accusations made by Beyoncé’s father, Mathew Knowles. In a new interview with Vlad TV, Mathew said that his daughter Beyoncé and Kelly Rowland, who were members of Destiny’s Child, were sexually assaulted by two of Jagged Edge members while they were touring.

The members of the group are Brian Casey, Brandon Casey, Richard Wingo, and Kyle Norman — Mathew did not reveal the names of the two men who harassed the young divas.

Mathew revealed that the incident took place in the early 2000s, while the two famous groups were on a joint tour.

The 67-year-old talent manager revealed that once Beyoncé and Kelly spoke about the sexual harassment, he kicked the men from the tour, and it caused a rift with the other members of DC at the time, LaTavia Roberson and LeToya Luckett.

He revealed: “Now, remember the girls are minors. They’re 16-years-old… the guys are 21 and 22-years-old. I have a fiduciary duty with minors, by the law, there’s a certain way I have to manage that.”

He went on to say: “I got a call from Kelly and Beyoncé… saying that they were constantly being harassed by two of the members in Jagged Edge. I couldn’t have that. I literally had to put the guys off the bus in Baton Rouge, LA. That began all of this drama.”

Mathew went on to say the scandal pushed Destiny’s Child members LaTavia and LeToya to seek their own representation.

#Black Misic Honors #RnBRoyalty Shoutout to @exclusivegame on the styling

He went on to say: “An attorney called me out-of-the-blue to tell me that I would be getting a certified letter… to tell me that, at this point, that he was now on an interim basis managing LaTavia and LaToya. And that they would finally go and search for a final manager, but for now, he was the interim manager.”

While Beyoncé and Kelly have not commented on the matter. Jagged Edge addressed Mathew’s claims about sexual harassment with a comment that said: “A lie don’t care who tell it.”

Brian wrote: “One thing I have learned from my 20plus years in this business, and it’s always something. It’s actually funny how far people go to sell something 🤦🏽‍♂️lol, but I give All Praises To The Most High At all times Shalawam love ones.”

Do you think Mathew was lying? 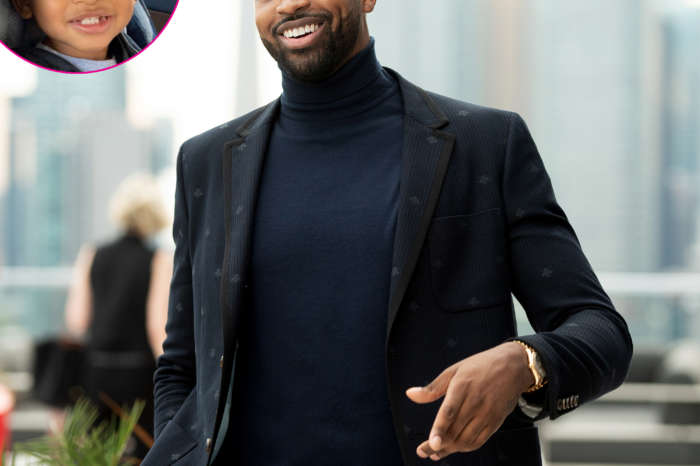 Tristan Thompson Shows Love To His Boy, Prince For His Birthday - Here's The Proud Dad's Message