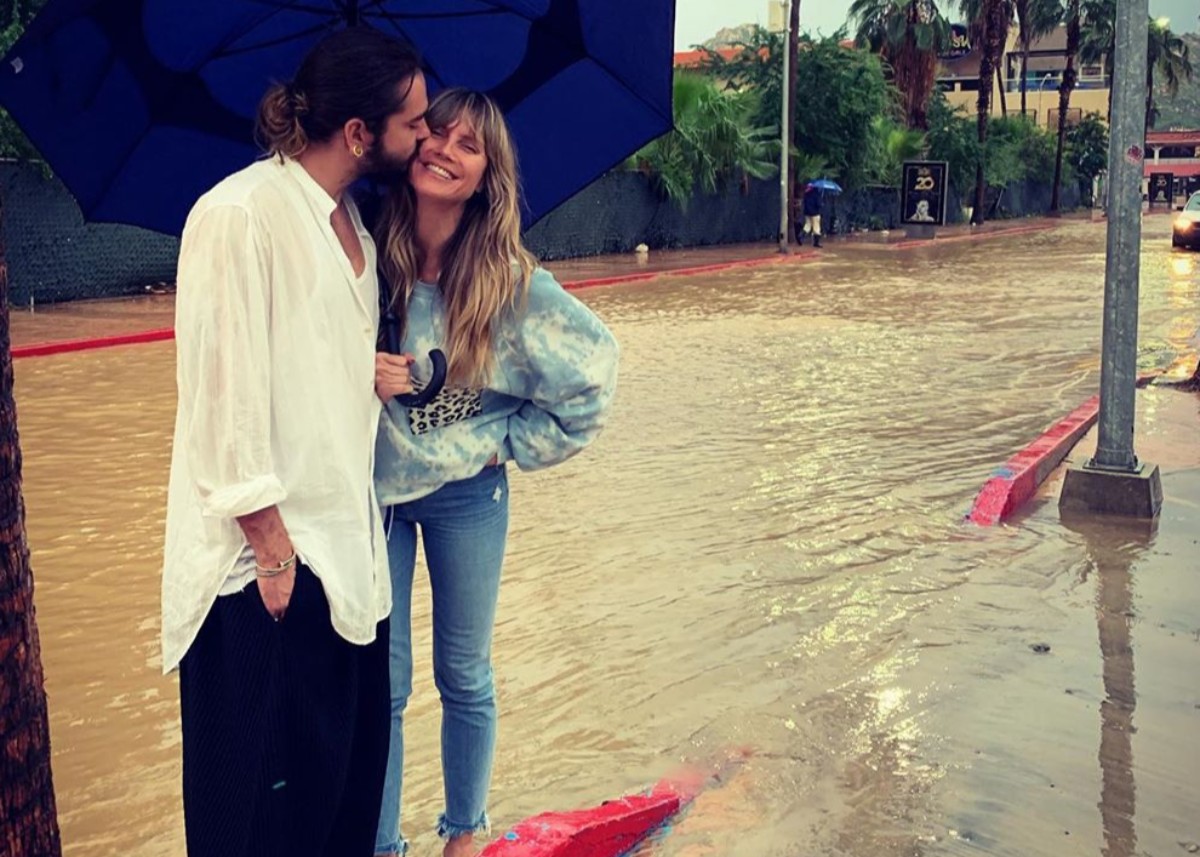 Are Heidi Klum and Tom Kaulitz planning on having a baby? According to the January 27, 2020, issue of OK! Magazine, Heidi wants to give her 30-year-old husband Tom a baby. Heidi is 46-years-old and has four children with ex-husband Seal. The two have been divorced since October 2014 and she and Tom were married on February 22, 2019. As they approach their one year anniversary, OK!’s source says there is nothing more than Heidi would like to give him a baby of his own.

The source told the outlet that the newlyweds dedicated the first six months of their marriage to each other, but now they want to focus on having a child. Though Heidi is in advanced, child-bearing years, the source says they are willing to try in vitro fertilization treatments if necessary.

“They know that at Heidi’s age, the clock’s ticking but she’s in good health, so there’s no reason she can’t breeze through another pregnancy. She’ll do whatever she can to help Tom realize his dream of being a father.”

Heidi’s children are approximately 15, 14, 13, and 10 years old. There would be quite a space between her oldest and if she were to have a new baby. Not everyone is convinced the report is true and as Heidi is a supermodel, it’s unclear what physical toll a pregnancy would have on her body at this point in time.

Heidi has also said that she is happier since she has married Tom Kaulitz than she has been in a long time.

Though Heidi bounced back from her four previous pregnancies, it’s unclear what her body would do with a pregnancy at this point in her life. Though there are many celebrities who have successfully had pregnancies later in life, such as Janet Jackson and Halle Berry, it isn’t a guarantee that she could successfully carry a baby to full term due to her maternal age.

What do you think? Should Heidi Klum attempt to get pregnant at 46-years-old so that she can give Tom Kaulitz a baby? Do you think that if she really wants to have a baby with Tom, she should try to conceive or use a surrogate?

Heidi Klum Shows Off Her Legs With These Orange, Satin Pumps — See The Look!