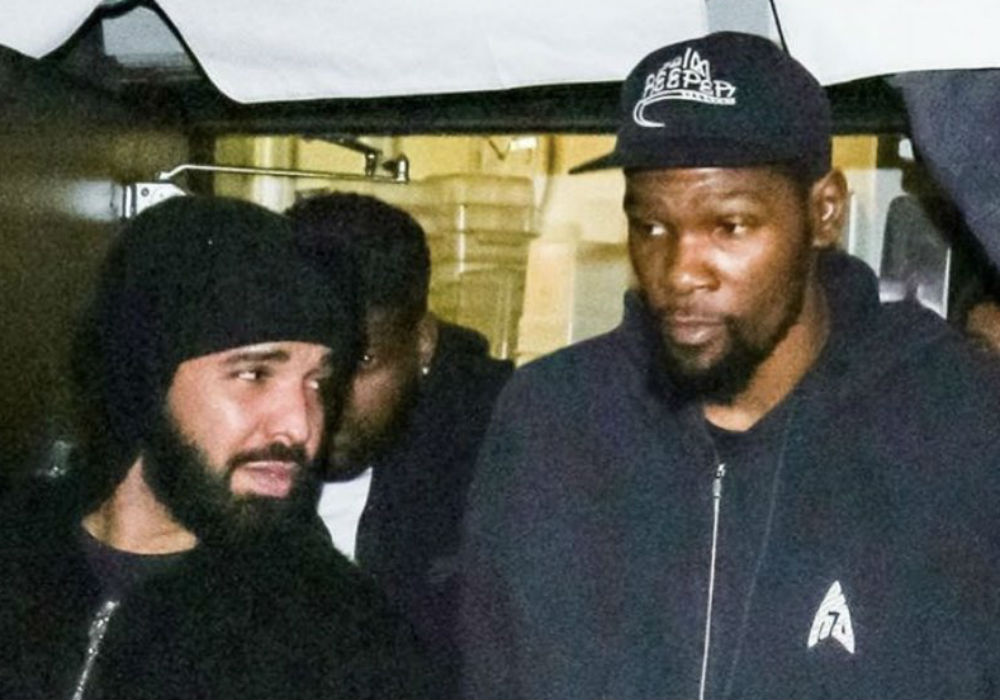 Drake has decided to self-quarantine in his Toronto mansion because he recently hung out with someone who has been diagnosed with COVID-19. The singer partied with New Jersey Nets star Kevin Durant just five days before the basketball player found out he was infected with coronavirus.

According to Page Six, the Hotline Bling rapper hung out with Durant at Nice Guys in West Hollywood just one week ago, and he even posted a pic from their guys night out.

“Life is a race and the grim reaper catches up…till then glasses up,” wrote the 33-year-old in the caption of his pic with Durant.

At the time, the New Jersey Nets were in Los Angeles for a game with the Lakers just before the NBA suspended the season due to COVID-19. Durant traveled with the team but didn’t play in the game because he is recovering from a torn Achilles tendon.

Once the news broke that Durant had tested positive for coronavirus, Drake posted a video from his home basketball court and told his fans: “My life for the next however long.”

Earlier this week, Canadian Prime Minister Justin Trudeau announced that he was closing the borders to all foreigners, with the exception of American citizens. So, it looks like Drake’s “however long” could turn into weeks or months.

President Donald Trump revealed on Wednesday that he was working with Prime Minister Trudeau on an agreement to suspend travel between Canada and the United States, but the two countries will still keep trading during the pandemic.

As for Durant, he was one of four Nets players who have tested positive for coronavirus, but only one is showing symptoms. In a statement released by the team, they said that all four players who tested positive have been isolated and are under the care of team physicians.

“The organization is currently notifying anyone who has had known contact with the players, including recent opponents, and is working closely with state and local health authorities on reporting,” read the statement. “All players and members of the Nets travel party are being asked to remain isolated, closely monitor their health and maintain constant communication with team medical staff.”

The New Jersey Nets added that the health of their players and staff is the organization’s highest priority, and the team is doing everything in their power to make sure those affected will receive the best possible care.

Cynthia Bailey Has Useful Advice During The Global Crisis