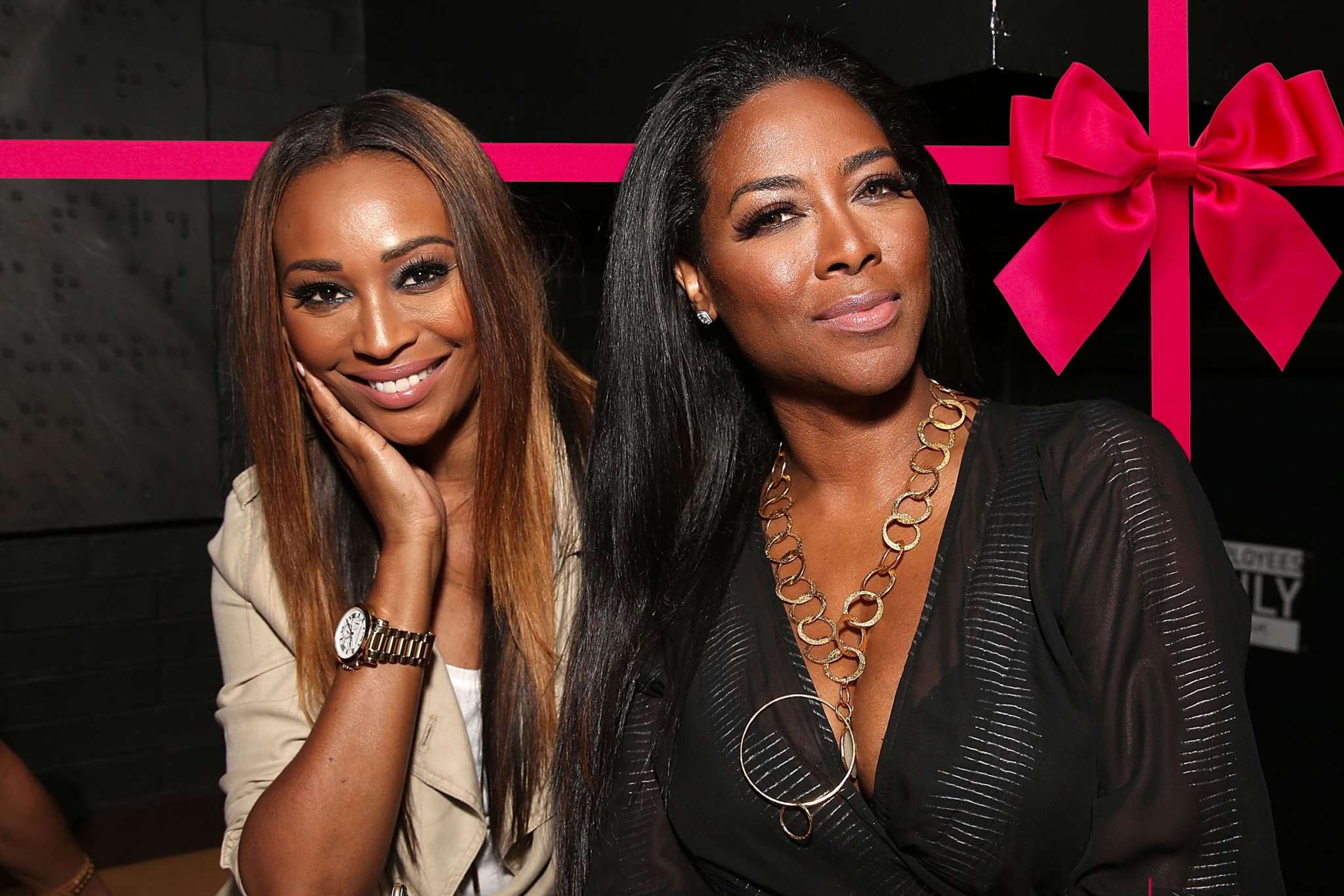 It sounds like Cynthia Bailey is almost just as in love with baby Brooklyn as the ten month old girl’s mom, Kenya Moore! The star took to social media to share a super sweet post featuring the bundle of joy.

The footage was captured while they were having a sleepover after the power went out in Moore’s house.

That’s right! Cynthia hosted the mother and daughter for the night and it looks like she really enjoyed her time with both, especially the baby!

That being said, to prove it, she posted an adorable clip of Brooklyn on her page.

The Real Housewives of Atlanta co-stars had a fun sleepover of sorts after Kenya experienced a blackout, Cynthia explained in the caption.

Brooklyn seemed like she was having a great time at the other’s house as well, judging by the video that shows the tot smiling, rolling around on the couch and drinking milk from her bottle, without a care in the world.

Meanwhile, the two adult women can be heard laughing at the baby’s cute antics and talking in the background.

power went out at #MooreManor last night. had the most delightful unexpected guest sleep over. obsessed with this baby. oh & @thekenyamoore came too lol❤️ @thebrooklyndaly #happybaby #lakebailey #auntiecynt

‘Power went out at #MooreManor last night. had the most delightful unexpected guest sleepover. obsessed with this baby. oh and @thekenyamoore came too lol @thebrooklyndaly #happybaby #lakebailey #auntiecynt,’ Cynthia wrote alongside the cute video.

Kenya has shared a number of pictures and videos of her precious daughter on her own account and it doesn’t look like she is planning to stop anytime soon.

One of the newest posts shows the proud mother giving little Brooklyn a lot of kisses and gushing over her in the caption: ‘@thebrooklyndaly she’s all I ever wanted and I’m all she ever wants #purelove #miraclebaby #mommyandme #detroit #family.’

Jussie Smollett Makes A Cheeky Move And The Critics Are Pouncing In -- Will Former 'Empire' Actor Back Off?