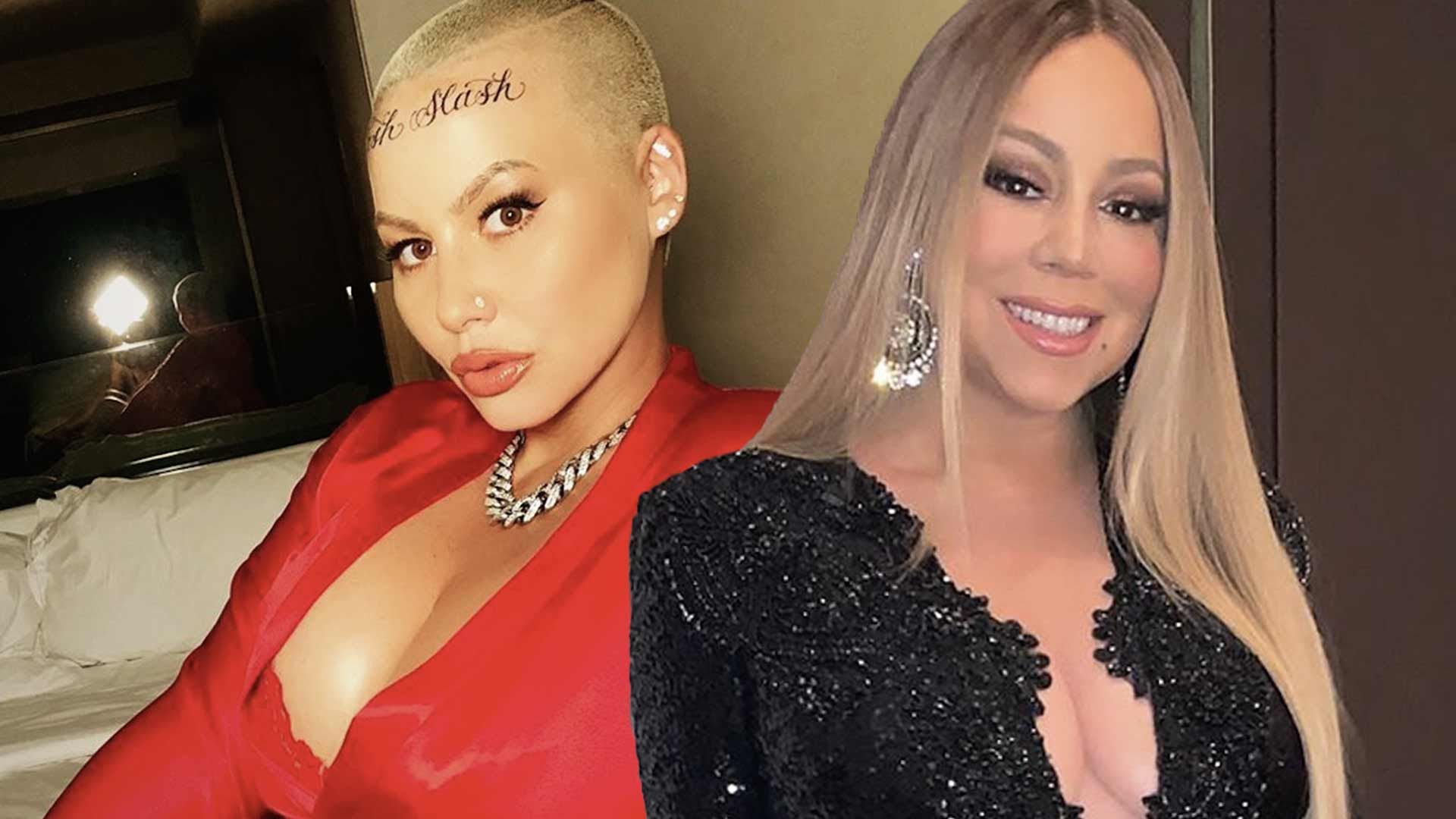 Amber Rose is making headlines all over the place again. She was recently in the spotlight after tattooing the name of her two boys on her forehead.

People have been telling her that she ruined her pretty face with this move, but the proud mom could not care less.

More than that, her baby daddy also seems to have gotten a matching tattoo on his forehead – he tattooed the boys’ dates of birth.

Alexander ‘AE’ Edwards and Amber showed off their matching tattoos during the past weekend while attending Sebastian’s baseball game.

Just in case you don’t know,  AE is not Sebastian’s biological dad – Wiz Khalifa is – but this never stops him from showing tons of love to the boy.

Anyway, now, Amber posed with Mariah Carey and the caption that she wrote for the photo triggered a massive backlash from people. Check out the pic and the message below.

‘When you’re both light-skinned, bright skinned multiracial goddesses but one is talented, and the other one is a hoe 😍 @mariahcarey Love you MiMi! Last night was Amazing!’ Amber captioned her post.

When you’re both light skinned, bright skinned multiracial goddesses but one is talented and the other one is a hoe 😍 @mariahcarey Love you MiMi! Last night was Amazing!

As you can imagine, the comments section became flooded with all kinds of hateful comments.

Amber’s enthusiasm backfired after commenting on the singer’s race, and some fans are labeling Amber ‘ignorant’ over the caption.

Someone else said: ‘That’s nothing to be proud about, just imagine when her kids get older and see this.’

Another follower just had to bring up the tattoo: ‘Still can’t get over that forehead tattoo like did she lose a bet to Wiz Khalifa.’

Someone else seemed to be on the very same page and said: ‘Man, I don’t even look at Amber. I go straight to that tattoo on her forehead. Smh, she really shouldn’t have done that takes away from her beauty.’

Other than this, Amber is living her best life with her family, and she ignores haters.