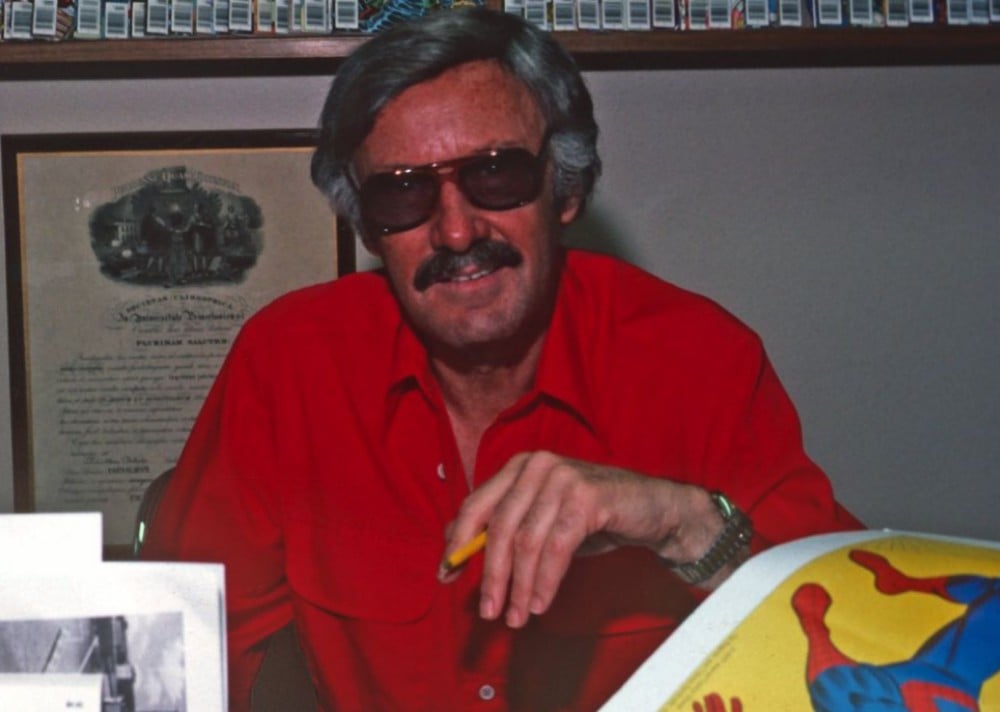 Avengers: Endgame has taken the world by storm. The movie has shattered records and dominated box office records, yet for many, the emotional farewell also brings with it a touching cameo. Though Stan Lee passed away on November 12, 2018, he does appear in Avengers: Endgame in one of his famous cameos. Those who have seen the movie aren’t just talking about how amazing the film is but how incredible Stan Lee’s cameo is as well.

For those who haven’t seen the movie, spoilers are ahead.

Iron Man and Captain America return to the year 1970 as they try to retrieve the tesseract that contains the space stone, Stan Lee is also in the 1970s as a hippie reminding people to make love and not war. Stan Lee’s catchphrase ‘Nuff said,’ also appears in Avengers: Endgame in the form of a bumper sticker on Lee’s muscle car.

“It’s sort of the hippie era, and Stan’s cameoing as a hippie and it’s the free-love era. He’s saying, ‘Make love, not war!'”

Fans were thrilled to see Stan Lee make one of his classic cameos in Avengers: Endgame, yet at the same time they remarked it was bittersweet.

#AvengersEndgame premieres tonight! To celebrate, here’s some behind-the-scenes photos of Stan on the set of the 1st Avengers movie. He always got a kick out of shooting his Marvel cameos! #tbt pic.twitter.com/2pjtyfujpa

The Russo brothers went on to explain that the cameo was the last one that Stan Lee filmed before he passed away and the team used visual effects to show what Stan Lee would have looked like back in the 70s. The idea that Stan Lee’s final cameo was filmed and then given a de-aging effect to make it appear that Lee defied time hasn’t gone without notice.

It’s also brought up the conversation that even though Stan Lee won’t be around to shoot more cameos, technology can make it possible.

So will Stan Lee appear in future movies?

Though he has filmed his last cameo role, it appears there is a great chance people will see more of Stan Lee being honored and recognized in upcoming Marvel films.

Gabrielle Union, Baby Kaavia Wade, And Their Dog Wearing Matching Outfits In The Cutest Video Ever