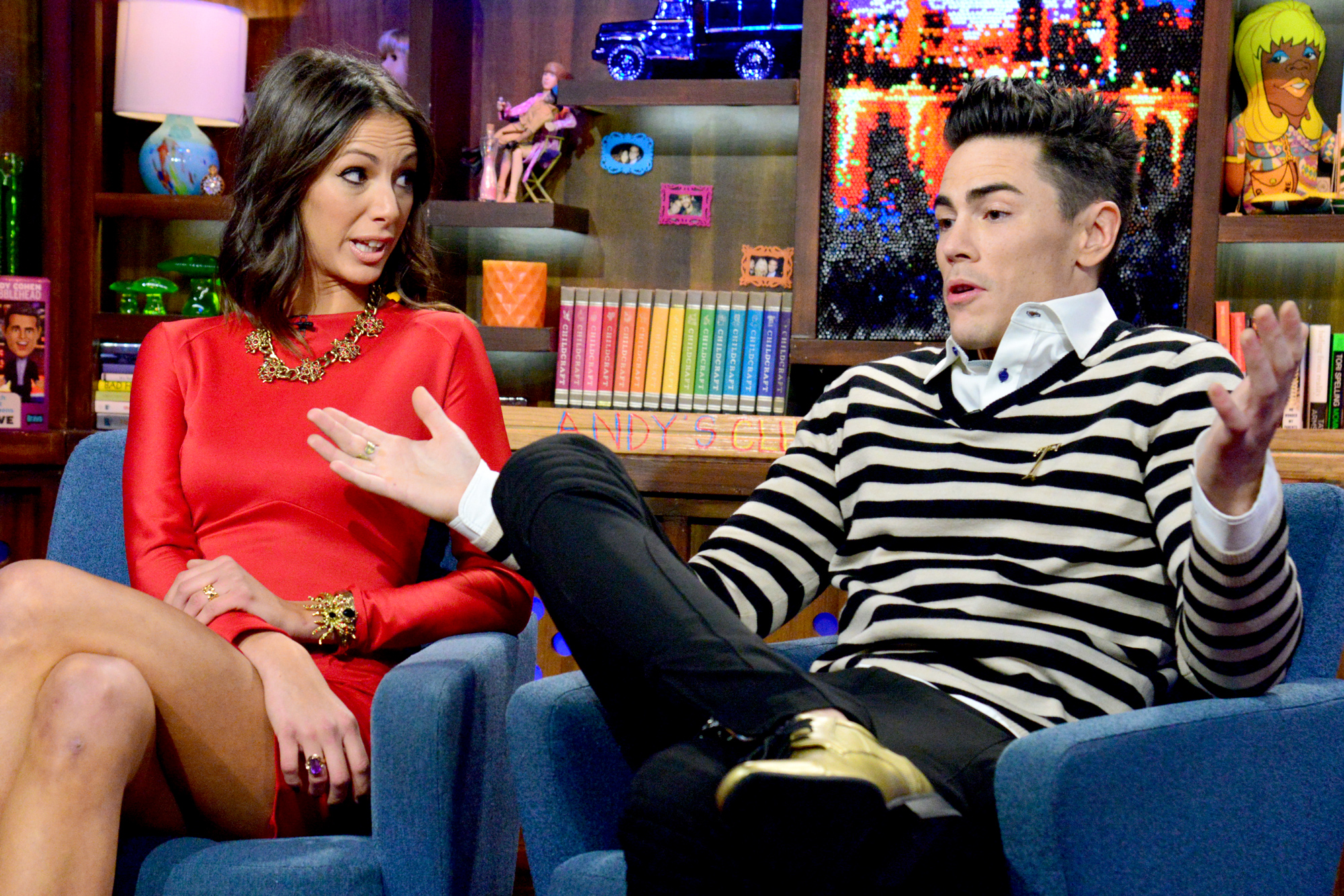 The Witches of WEHO are no more. However, the men of Vanderpump Rules have seen the girls fight time and time again — especially when Kristen Doute is involved.

Stassi Schroeder and Katie Maloney decided to cut Kristen off in addition to ending their short-lived business venture together. This happened after Doute continued to lie about the status of her relationship with Brian Carter and accuse them of being bad friends.

While many viewers started the season being #teamkristen, many of the same people switched teams after seeing why Stassi and Katie became frustrated.

Jax Taylor spoke out on the Vanderpump Rules after show about Kristen playing the victim role.

‘I’m tired. We’ve been dealing with this for two years. And Kristen — she plays the victim to a T. She’s great, I mean she looks disheveled. Most people put some makeup on, try to make themselves look presentable when people come over, but she’s like, ‘Ohhhh my God!”

He went on to say that he’s seen the friendships between the women shift many times.

Meanwhile, Tom Sandoval and Tom Schwartz reminisced about when Sandoval was dating his co-star and how she would wear the title as ‘crazy Kristen’ like a badge of honor.

‘When you guys were dating — I know we’ve all grown so much since we lived together, but she would have these like, manic meltdowns. And sometimes, during these,  she would give this speech like, ‘I like that I’m crazy,’ as if it was a charming part of her personality,’ said Schwartz.

Sandoval compared it to being an adrenaline junkie.

As far as the distance between the former Witches of WEHO, the guys say that they end to gang up on each other.

‘Since we’ve known them, they have a tendency for two kind of like, ganging up on one. Stassi and Kristen have ganged up on Katie, Katie and Kristen have like, exiled Stassi it was f***** awful, man.’

Hopefully, now that Kristen seems to be in a healthy relationship — she can compare her broken friendships.