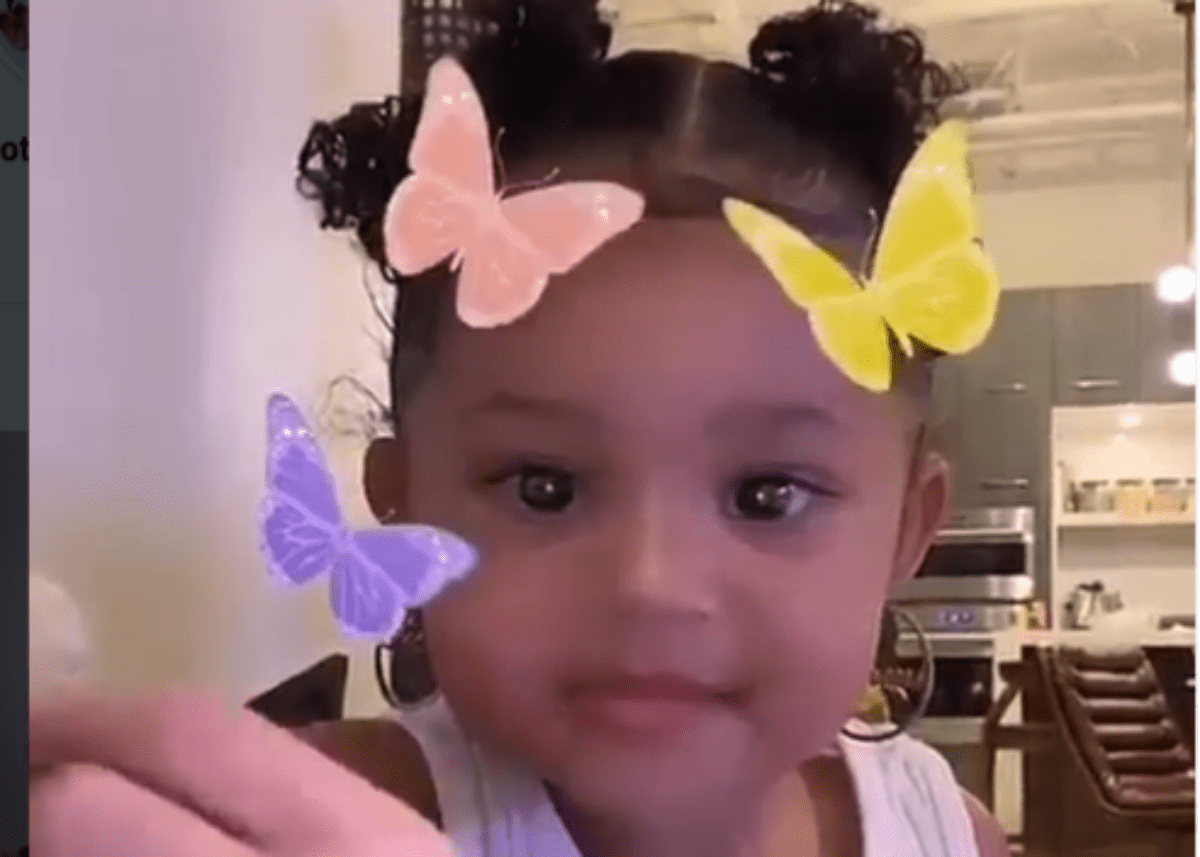 Kylie Jenner found herself in a bit of a controversy after letting her two-year-old daughter wear large, gold hoop earrings. The 22-year-old mother shared a photo slideshow of Stormi posing in the gold and diamond earrings by XIV Karats with her 163 million Instagram followers. Multiple people expressed their concern that the earrings posed a safety hazard as Stormi or one of her toddler cousins, could have ripped them out of her ear. Others were concerned that the earrings were too heavy for the toddler’s ears and were weighing them down. Kylie didn’t seem to have too many concerns about the safety of the issue and shared photos calling Stormi her “best friend.”

On Wednesday, Kylie shared a new video of Stormi in her Instagram story. Stormi was wearing the same outfit that she had on in Tuesday’s slideshow so it was clear that the video was from the same day. In the video, Stormi looks adorable with a butterfly filter around her face while wearing the two, large hoop earrings that say “Stormi” in the middle.

Kylie can be heard asking Stormi, “Can I take those earrings off you?”

Stormi scrunched up her face, pulled away from her mother, and retorted with a resounding, “No!”

You may see the video of the interaction as it took place in the player below.

The Instagram video of Stormi telling her mother no is getting a lot of attention on social media as well. Many people are weighing in suggesting that Kylie isn’t being a firm parent. Some are saying that Kylie should have never let Stormi wear the earrings, and she should have taken them out of her daughter’s ears — whether Stormi said no or not.

You may see the photo slideshow that started the controversy with Stormi Webster modeling the earrings below.

What do you think about the controversy? Do you think Kylie Jenner did the right thing by letting Stormi wear large, gold hoop earrings? Do you think the earrings are too large for a toddler?

Were you shocked to see Stormi Webster tell her mother that she couldn’t take the earrings off?

Meghan Markle And Prince Harry Will Have To Go Through 1 Year Trial Period Before Finally Leaving The Royal Family For Good - Details!