Stormi Webster is taking the Internet by storm after her mother, Kylie Jenner, posted photos of the two-year-old wearing her hair in stylish ponytails with large, gold hoop earrings. The photos followed an adorable video of Stormi counting to 20 , as reported by Ashley Mitchell, and the videos and latest photos are going viral. Many people praised Kylie for her adorable daughter and some said she looked grown-up. Others argued that Stormi looked "too" grown-up and even questioned Kylie's judgment in letting her toddler wear earrings so large.

Some left comments suggesting the earrings were dangerous and could cause Stormi's ear to rip. Others said the earrings looked heavy as if they were weighing Stormi's earlobes down. Still, some said there was nothing wrong with the earrings and Stormi looked too cute wearing them.

Stormi was clearly enjoying her new look and smiled for the camera as her mother shared multiple photos of the daughter she shares with Travis Scott. The hoop earrings also said the name "Stormi" written inside the circle, in decorative lettering.

You may see a photo slideshow showing Stormi Webster in her hoop earrings below.

Here is a close-up shot of little Stormi Webster's adorable hairstyle that was sectioned off into little bunches of curly ringlets. You can see a better view of Stormi's earlobe and it is plain to see that her ear is hanging a bit, due to the weight of the earrings. It is unclear how long Kylie let Stormi wear the earrings for, but some have argued that she shouldn't have worn the adult-sized earrings at all.

Stormi doesn't seem to be uncomfortable, but many concerned mothers suggested that with so many little cousins around, one could easily grab a hold of Stormi's earring and rip it out! 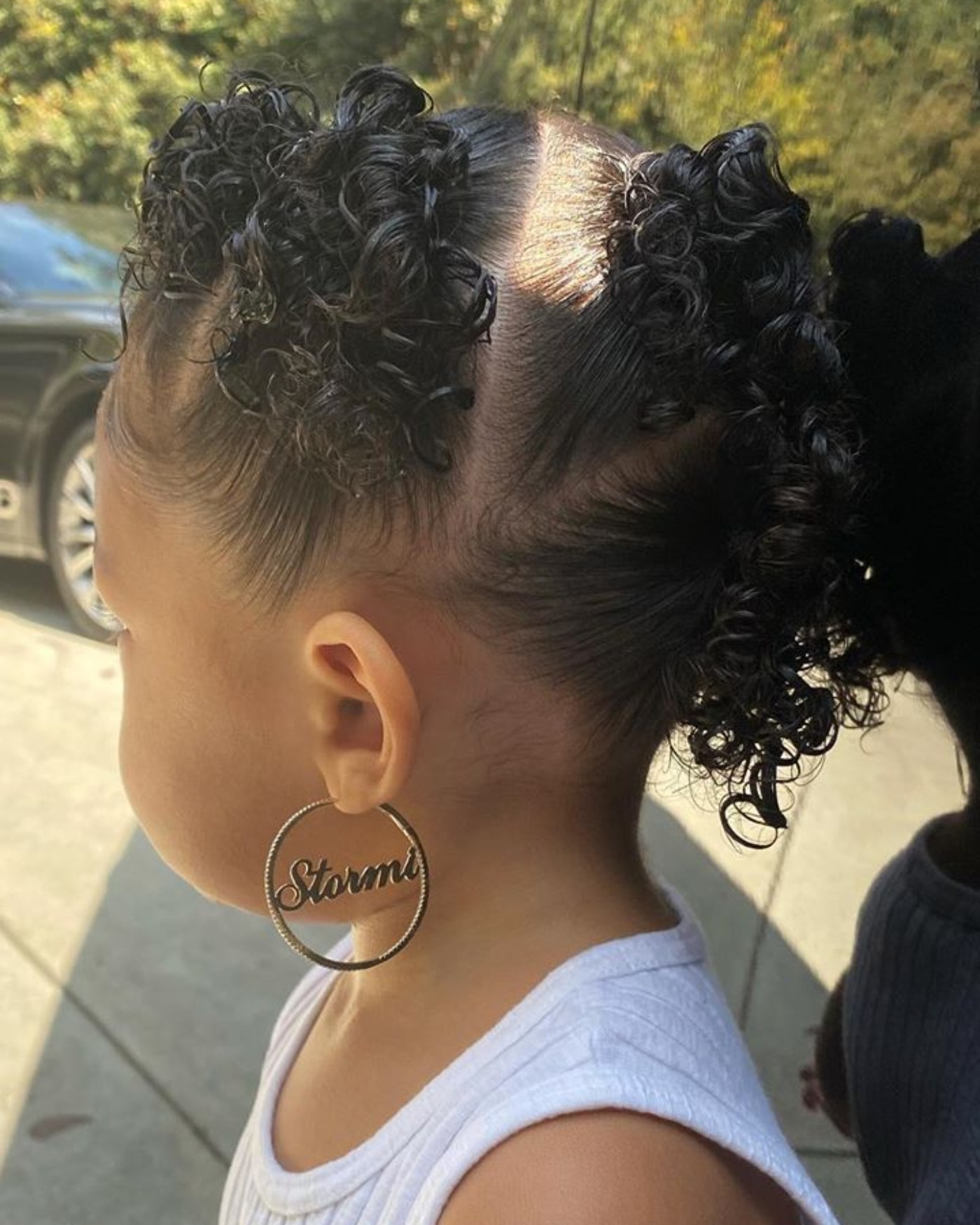 Here are some more photos of Stormi in her earrings as well as a collection of some popular photos and videos that Kylie Jenner and others have shared featuring the cute two-year-old.

What do you think about Stormi Webster's large, gold hoop earrings? Do you think they are appropriate for a two-year-old to wear?

Do you agree with those who are concerned they are too heavy for Stormi's ears and that she could get hurt wearing them?

Don Cheadle Is Finally Getting His Own Movie In Marvel; Armor Wars Transitions From A Disney+ Show To A Movie