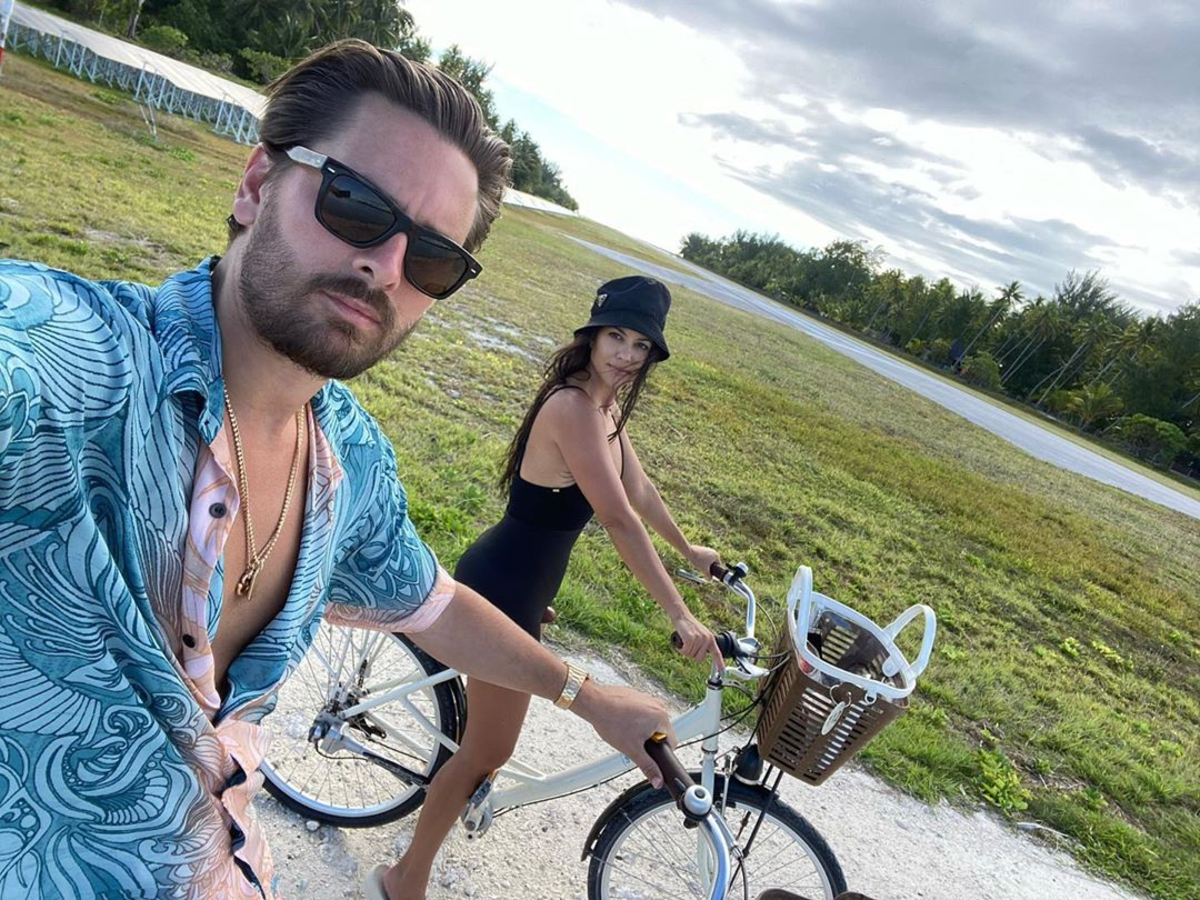 Scott Disick and Kourtney Kardashian went bike riding while on a tropical getaway for Kim Kardashian‘s fortieth birthday party. The two continue to get along great as they co-parent their three children Penelope, Miles, and Reign. Following Scott’s split with Sofia Richie, after three years of dating, many suspected that the two had reconciled and were back together. Now, the nature of their relationship has left people confused and some even suspect they may be in an open relationship! One thing is for certain, the two are certainly friends and get along much better than most exes do.

Kourtney Kardashian shared several photo slideshows on her official Instagram account, where she has 102 million followers and the pictures of herself with Scott are getting plenty of social media love.

Kim, Kourtney, Rob And Khloe Kardashian Remember Their Late Father Robert On What Would Have Been His 76th Birthday »

The photo slideshow has over three million likes and more than 34,000 comments. Fans couldn’t help but notice how happy Scott and Kourtney looked in the pictures as they stopped by tranquil waters to snap the selfies.

Kourtney didn’t give anything too revealing in the slideshow’s caption. She only wrote the words “selfie selfie.” Younger sister Khloe Kardashian responded in the comment section by posting a number of red hearts.

KUWK: Khloe Talks About Her Very First Mother’s Day – What Are Her Plans? »

This has caused some to speculate that the two are secretly back together but in an open relationship.

The comment section is full of people who are hoping that Scott and Kourtney will reunite, go public with their relationship, and even get married!

Did Travis Scott Cancel A Concert Tonight Due To Kylie Being In Labor? »

You may see the photos that Kourtney Kardashian shared featuring Scott Disick as the two rode bikes along the beach below. 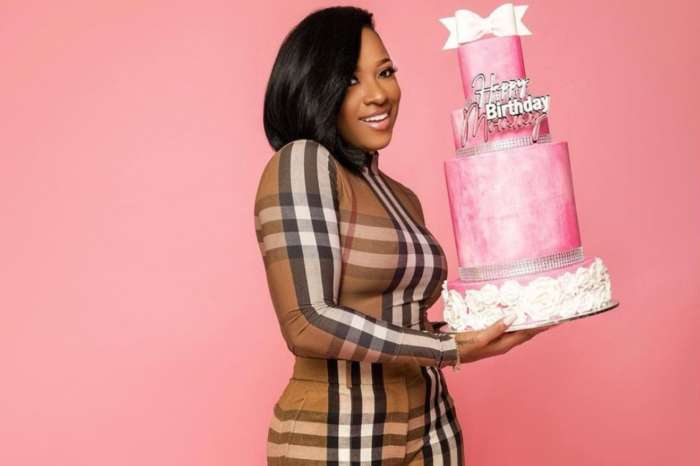 Toya Johnson Parties On Her 37th B-Day, Her Daughter Insists It’s Her Birthday - Her Party Was Lit!