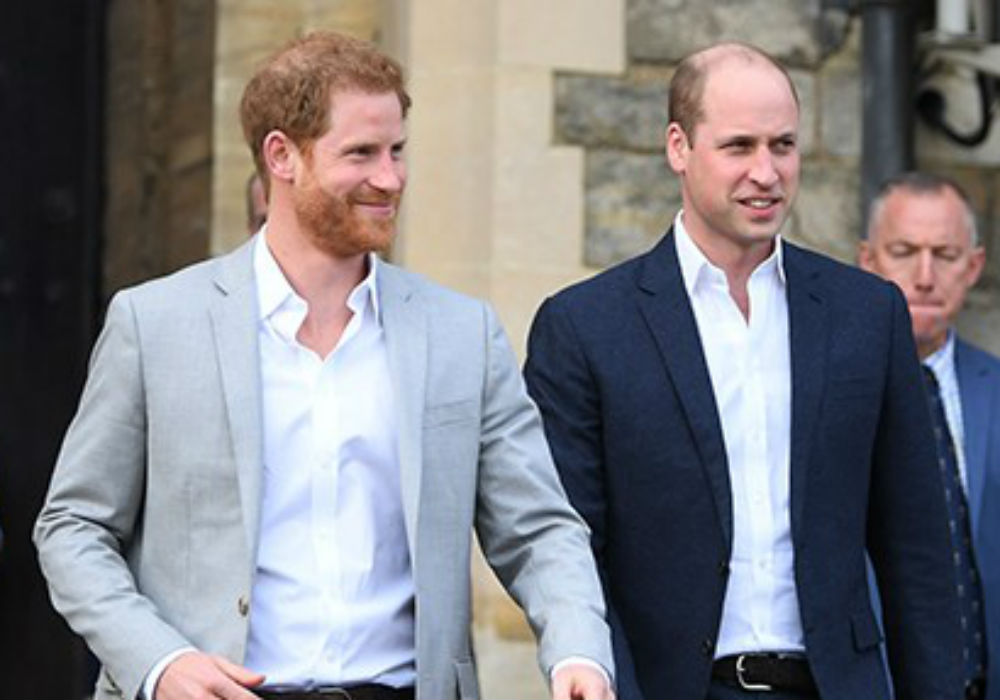 Amid all of the Megxit drama, Prince Harry and Prince William have issued a rare joint statement to shoot down a story that was published in The Times of London about their rift. Even though they don’t appear to agree on what Prince Harry and Meghan Markle’s roles should be in the royal family, they are teaming up in an attempt to combat false stories.

“Despite clear denials, a false story ran in a U.K. newspaper today speculating about the relationship between the Duke of Sussex and the Duke of Cambridge,” their spokespeople told Us Weekly. “For brothers who care so deeply about the issues surrounding mental health, the use of inflammatory language in this way is offensive and potentially harmful.”

This statement was the brothers’ response to a story that claimed it was William’s “bullying attitude” that caused Prince Harry and Meghan Markle to step down from their roles as senior members of the royal family.

The story also claimed that William didn’t welcome Meghan into the family when she and Harry announced their engagement, and the couple was “constantly being told their place.”

Harry opened up last fall in the ITV documentary Harry & Meghan: An African Journey about the state of his relationship with Prince William. He admitted that they hadn’t been spending a lot of time together because of their busy schedules, and he also noted that they were on “different paths.”

Rumors of a rift between Harry and William started to surface in late 2018, just a few short months after Harry married Meghan in a royal wedding seen by millions around the world. It began with stories of problems between Meghan and Kate Middleton over wedding details, and claims that Meghan was a “diva” who was difficult to work with.

Things escalated quickly, and stories started to surface that William wasn’t supportive of Harry’s decision to marry Meghan after dating for such a short period of time. Eventually, Harry and Meghan separated their charitable efforts and social media from William and Kate. And, everything came to a climax last week when Harry and Meghan announced that they were stepping down as senior members of the royal family.

Prince Harry and Prince William met with Queen Elizabeth and Prince Charles on Monday to discuss the situation, which is now known as Megxit. After the meeting, Queen Elizabeth released a statement saying that she supported Harry and Meghan’s decision, and she hopes things can be finalized in the coming days.