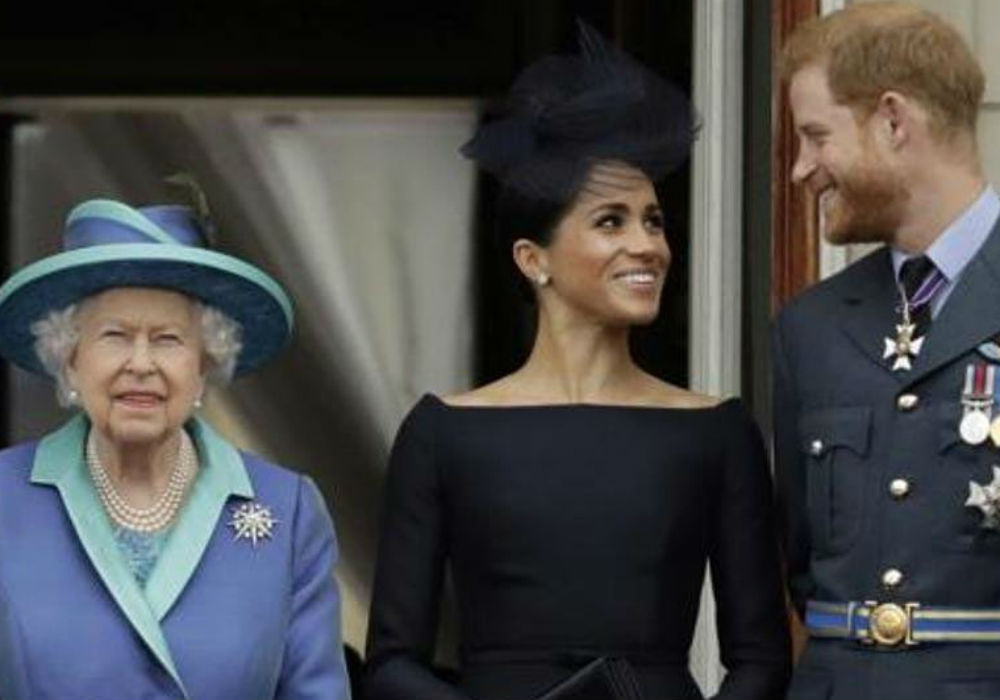 The senior members of the royal family met on Monday for the “Megxit Summit” to discuss Prince Harry and Meghan Markle’s decision to quit the royal family. And, a new report claims that it was Markle who pushed for the controversial move, while Prince Harry is “heartbroken” over the decision.

According to The Times of London, an insider is claiming that it was the Duchess of Sussex who was determined to leave the royal family because being a senior member was “not working” for her. But, Harry wasn’t fully on board with the idea of leaving behind his family and his country.

“She wants to leave. She thinks, ‘It’s not working for me,’” explained the source. “He is under intense pressure to choose. It is sad. He loves the Queen. He loves this country. He loves all his military stuff. I think it will genuinely break his heart to leave. I don’t think that’s what he really wants. I think they want some halfway house.”

Before Queen Elizabeth met with Prince Harry, Prince Charles, and Prince William on Monday, members of their respective teams – including private secretaries and press advisers – were working feverishly over the weekend to come up with various possible solutions for the royals to consider.

Numerous reports claimed that Queen Elizabeth wanted this settled in the next few days instead of dragging it out over the next few months. And she confirmed that with her own statement after the meeting.

The monarch said that she supports Prince Harry and Meghan Markle’s decision to step back as senior members of the royal family, but she would have preferred that they remained in those roles.

The Queen noted that these are complex matters for her family to resolve, and there is still more work to do. However, she has asked for final decisions to be made in the coming days.

“His behavior in the last year is not becoming of somebody that holds these important positions,” said Glancy. “Now I’ve spoken to other Royal Marines, and other people in the military, and they’re very upset if not disgusted at the disrespect to the Queen by not discussing this. If Harry goes down this route of semi-privatizing his role, I wouldn’t raise a toast to him as he wouldn’t have my respect.”

Glancy did praise Prince Harry for his two tours in Afghanistan and his “brilliant work in charity.” He did say that Harry is entitled to move away from the UK and make his own money. But, he says he should quit all of his titles first, including Captain General of the royal marines.

Zoe Kravitz Talks About Her 'Exciting' Catwoman Suit For The Upcoming Batman Film With Robert Pattinson!