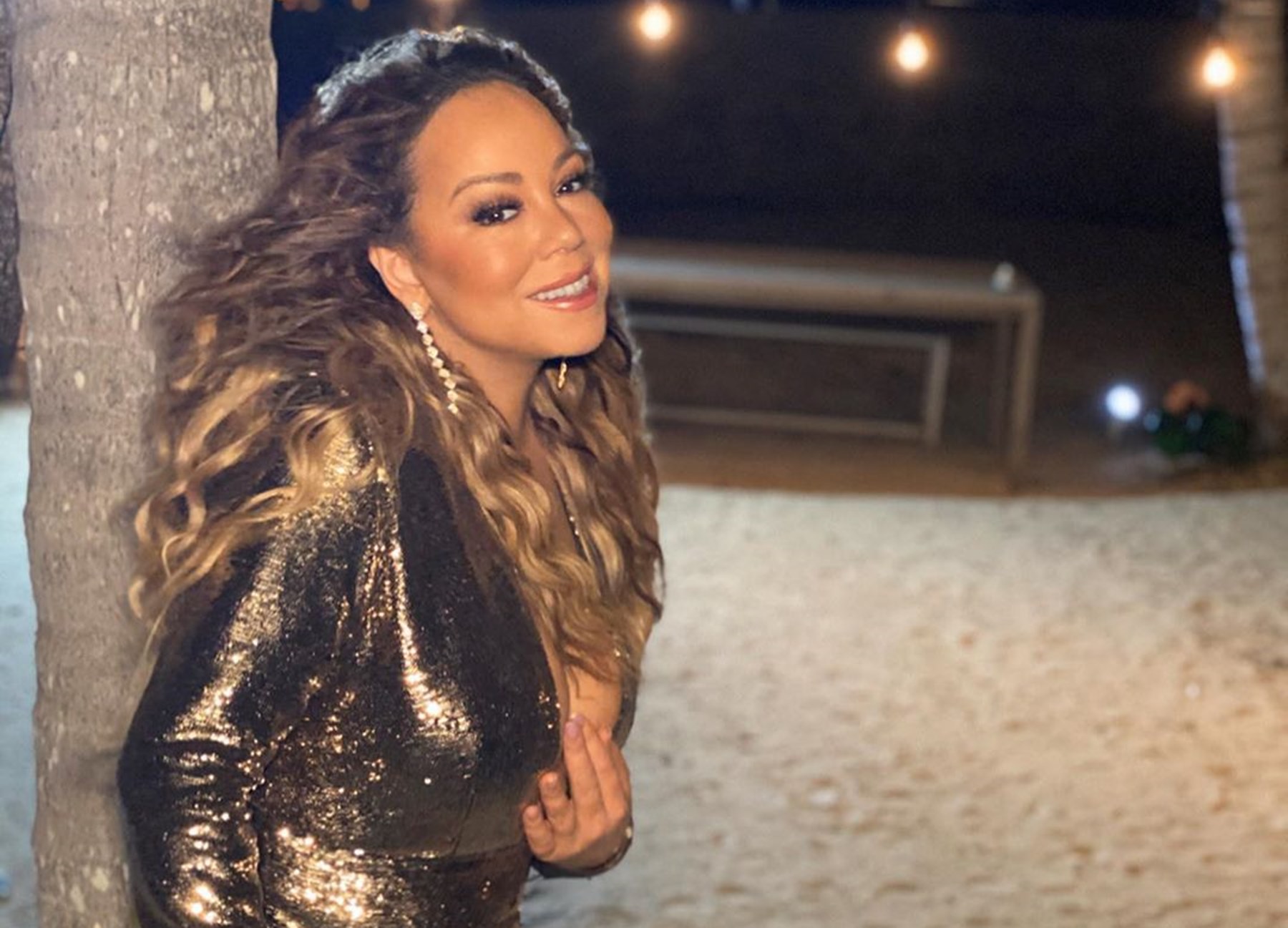 Ever since Dolly Parton set the newest trend of combining four photos to represent one’s look for each of the most popular social media platforms — LinkedIn, Instagram, Facebook, and Tinder — the world has been following her example and doing the so-called “Dolly Parton Challenge.”

After Dolly, waves of Hollywood celebrities raced to do her challenge, and it was not a big surprise that Mariah Carey decided to join in as well.

Although the “Always Be My Baby” performer was admittedly a little late with covering the task of the challenge in comparison to some of her colleagues, who were ready days ago, her photographs still looked stunning.

However, it appears that Carey decided to add some humor while joining in the latest trend, as she used photos that depict her past relationships.

For the LinkedIn picture, Mariah chose a picture in which she is with her first husband, Tommy Mottola, and the two of them appear to be at a prestigious event.

The Facebook snap, on the other hand, shows the singer in a much more relaxed setting as she is with her second spouse, Nick Cannon, and their two children, fraternal twins Moroccan and Monroe.

The singer put a photo of herself and her current boyfriend, Bryan Tanaka, for the representation of the Instagram snap, whereas in her.

Tinder picture, the diva, was finally captured alone, dressed in a revealing bikini outfit and smiling provocatively for the camera.

In addition, Carey addressed the fact that she was a little behind the others, as she captioned her challenge with the words “Fashionably late.” Nevertheless, her post was met with the admiration of her numerous followers on social media.

One fan said it was a shade: “Was waiting for this, Queen 👑Dying. Two ex-husbands and a boyfriend. 🔥🔥It’s accurate, though. It’s not just Tommy who will never see another talent like her. In my opinion, the world will see many virtuosic singers, but never another near as good as Mariah. Her musicality, range, ability to use many different tonal colors, and her writing will never be matched in another artist.”

Another commenter stated: “🤣🤣🤣 Super shades, hahaha queen! 😻You are never late dahling.was not he the President of Sony at the time?”

This follower explained: “Sit down, and you are not on Tinder Girl 😂😂😂😘 Love you MC You the best to ever do it. WTF is doing Tommy Motorola in the first pic. Considering that linked in is a career networking sight…I’d say so, it is a shade. since he is part of the start of her career.”

Carey and her team have been very good with social media lately.