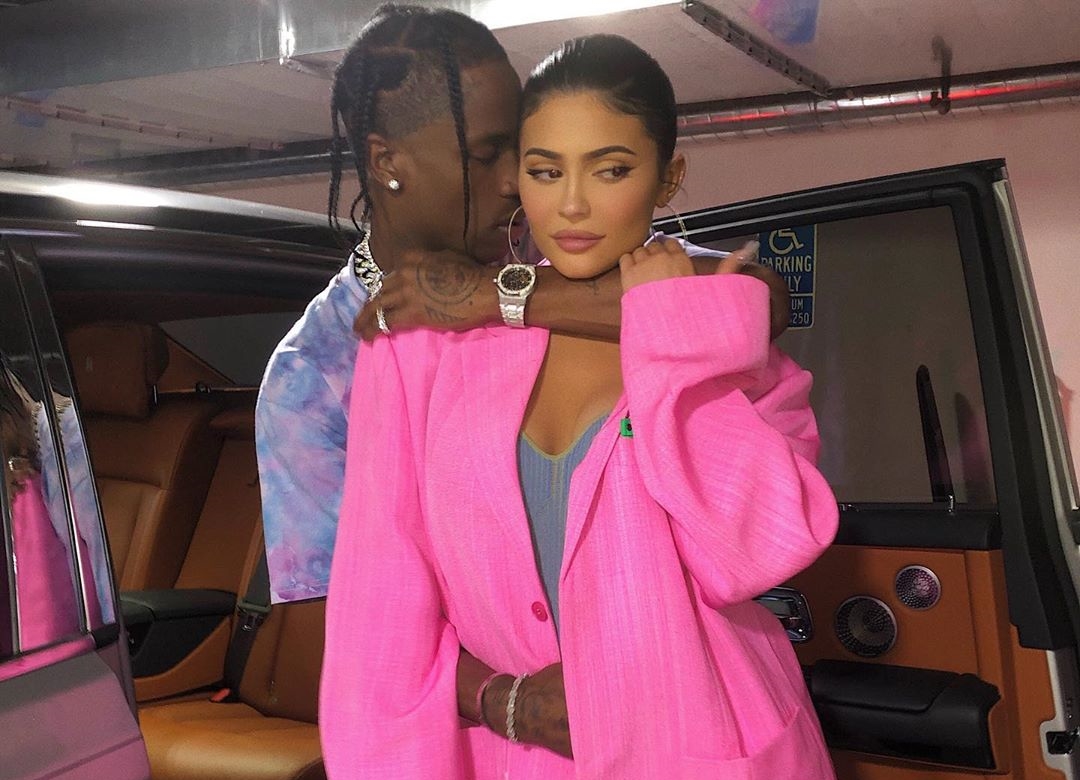 Kylie Jenner took to social media late Sunday night where she posted a few sweet pictures of herself with her boyfriend, Travis Scott.

The couple was on their way to Kylie’s grandmother, Mary Jo Campbell, who is celebrating her birthday.

In some of the photos, the billionaire is showing off her attire — composed of a bright pink blazer and what seems to be a short bodysuit.

Kylie also shared a video where she is singing happy birthday to MJ who received a giant cake for her big day.

However, the picture which caught everyone’s attention features Travis with his arm around Kylie’s neck.

The mother of one captioned the photo: “Partners in crime 4 evaaa.💗💦🦋👨‍👩‍👧”

what we really do in the restroom 🤪💗📸

One person said they felt uncomfortable about the photo: “I’m sorry, but she looks like she’s saying ok stop lets go.”

Another follower shared: “Why she looks like she’s holding her breath lol👏👏👏🙌🖕🏾Whatever you’re his billion-dollar baby.”

This backer said the emoji means that baby number two is on the way: “That butterfly emoji means she’s pregnant again. Stormy is gonna get a sibling then, I am sure.”

It was recently reported that Kylie and Travis were thinking about getting married, but it seems that they were not accurate.

A person told Hollywood Life: “Travis is in no rush to marry Kylie, and if it ever does happen, it won’t happen anytime soon. Although it’s been something they’ve talked about in the past, people shouldn’t expect to hear wedding bells in the near future.”

The family friend claimed: “Right now they’re both just focused on their careers and expanding their empires as much as possible. They feel like their relationship is perfect the way it is, and there’s no need to rush things while they’re both so young.”

Another person spoke to Us Weekly and echoed the same sentiment: “Marriage isn’t important to Kylie, but it’s increasingly important to Travis. Travis is definitely into it. Kylie hasn’t expressed a huge interest in getting married, but they’ve talked about it a lot.”

The pal wrote: “Kim and some friends are advocating for them to get married because they like the structure of it. [They] think it … could be helpful for Kylie.”

Do you think Kylie and Travis will get married? 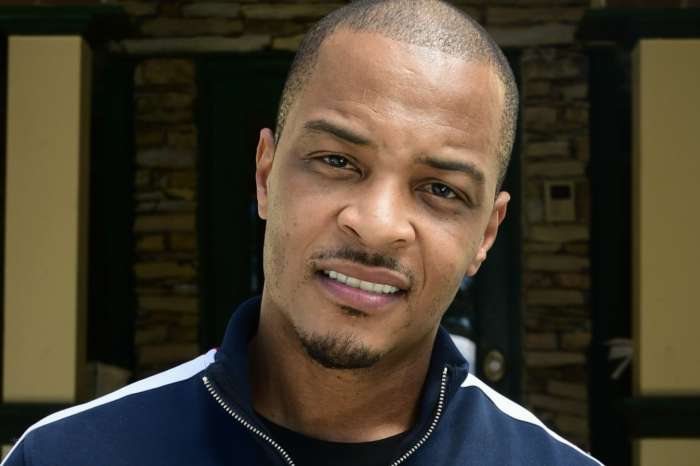