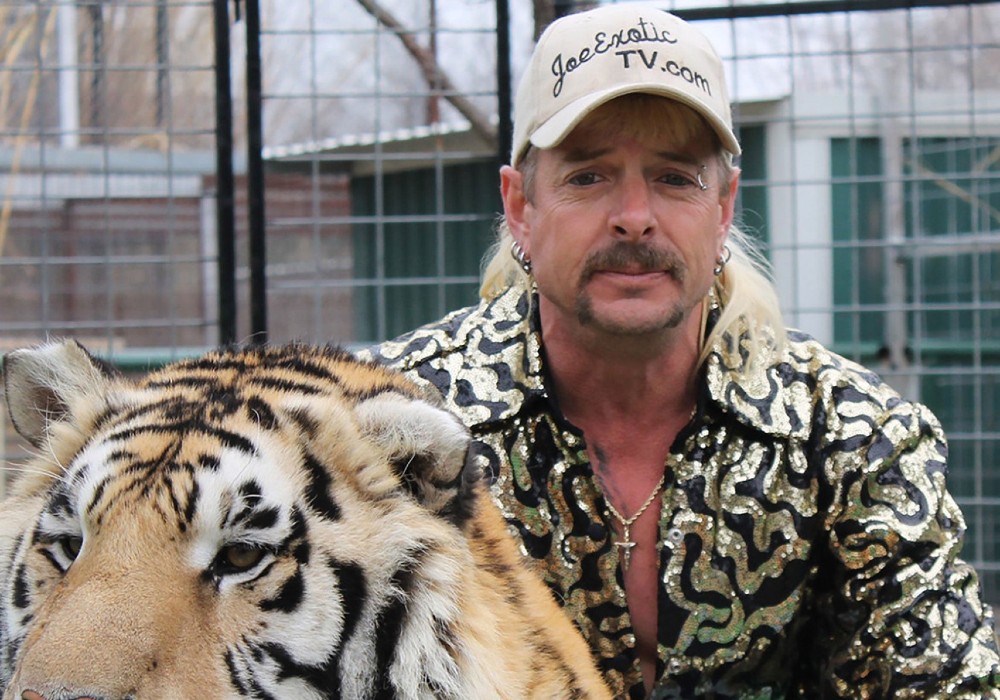 The public’s obsession with the Netflix docu-series Tiger King: Murder, Mayhem, and Madness continues, as it remains at the top of the streaming platform’s trending list more than one week after its release. Now, star Joe Maldonado-Passage (aka Joe Exotic), has revealed who he thinks should play him in a scripted biopic.

In an interview with The Hollywood Reporter, Tiger King filmmakers Eric Goode and Rebecca Chaiklin dished that the disgraced zookeeper would like either Brad Pitt or David Spade to portray him if a scripted film of his life story is actually made.

Lo-Fi Chats: Even Saff agrees @DavidSpade should play Joe Exotic if they make the movie version of "Tiger King.” Watch the full chat on our YouTube: https://t.co/mtnfI58r7T pic.twitter.com/mK4IXQHb6C

“He would like Brad Pitt or David Spade to play him,” said Chaiklin. “He doesn’t refer to David Spade as David Spade — he refers to him as ‘Joe Dirt.’”

Of course, that was a reference to Spade’s 2001 movie that featured the comedian wearing a blond mullet while playing the loveable “redneck” character Joe Dirt. Ironically, Spade has been talking about Tiger King non-stop in his at-home “Lo-Fi Chat” videos for his Comedy Central show Lights Out with David Spade.

The comic has also interviewed many notable stars of Tiger King for his late night talk show, including Jeff Lowe, John Finlay, Rick Kirkham, and Kelci Saffery. Spade has joked about playing the role of Joe Exotic, but he isn’t sure he could handle the character.

As fans know, Joe Exotic received a 22-year federal prison sentence after he was convicted of a murder-for-hire plot against his rival, Carole Baskin, plus other charges of animal cruelty. Even though he is aware of his massive fame at this moment, he still hasn’t been able to watch the seven-part Netflix series because he is in prison.

Joe Exotic’s husband, Dillon Passage, told Andy Cohen earlier this week that the Oklahoma big cat breeder can’t watch the series because he is behind bars, but as soon as the series dropped he began receiving hundreds of emails and was “ecstatic” about the attention.

Passage also revealed that Exotic is in “COVID-19 isolation” at a new facility because the previous prison he was in had cases of coronavirus. Passage added that Joe Exotic has not tested positive for COVID-19.

This is a great first step. https://t.co/wcwuVNCcaZ

Tiger King has become just as popular with celebrities who are at home during self-isolation. Dax Shepard tweeted: “If I don’t get cast as Joe Exotic in the eventual biopic, Hollywood is broken.”

Edward Norton – who starred with Pitt in Fight Club – replied to Shepard’s tweet, writing that he needed to “step aside.” Norton told Shepard that he was “too young and buff” for the role, to which Shepard responded jokingly that he would “go Machinist” for this role. In 2004, Christian Bale was nearly unrecognizable after he shed an insane amount of weight for the The Machinist. For another notable role, Justin Long believes that comedian Jim Gaffigan would be perfect as Doc Antle.

There is actually a Hulu limited series in the works about the life of Joe Exotic, and Saturday Night Live’s Kate McKinnon has already signed on to play the role of Carole Baskin, but no other casting news for the series has been announced. 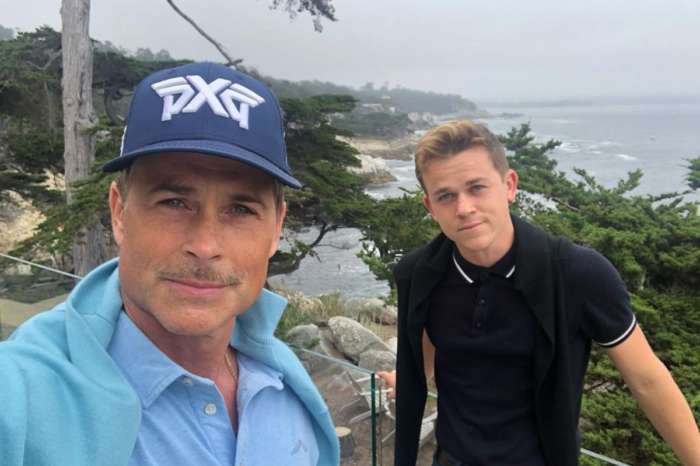