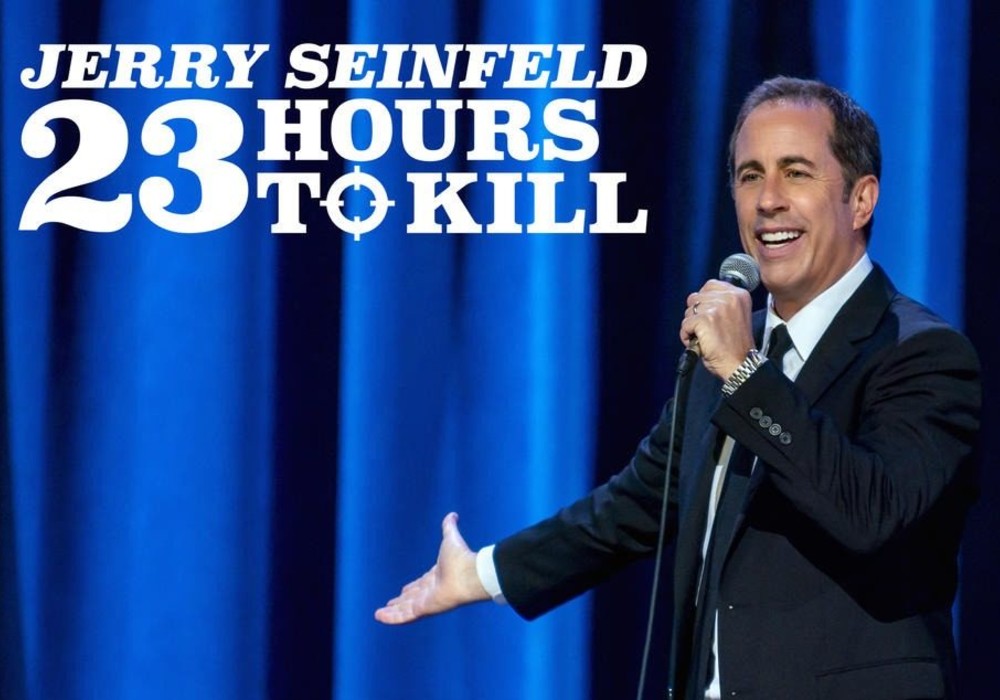 According to the press release, the hour-long special “reinforces” Seinfeld’s reputation as “the precision-craftsman of standup comedy.”

“The special features a spectacular arrival to the Beacon Theatre in New York City, and showcases Seinfeld’s sharp angles on everyday life, uncovering comedy in the commonplace,” says the press release.

This is Seinfeld’s first standup special since 2017’s Jerry Before Seinfeld. But, for the fans who were hoping for a reboot of his classic NBC sitcom, the 65-year-old comedian has made it clear that will never happen.

When Entertainment Tonight asked Seinfeld about a revival back in 2017 he replied: “Why? Maybe it’s nice that you continue to love it instead of us tampering with something that went pretty well.”

Of course, fans who want more Seinfeld can always go to his Netflix comedy talk show Comedians in Cars Getting Coffee. That series premiered in 2012, and currently has 11 seasons of episodes for fans to enjoy. The show features Seinfeld driving around in vintage cars while he interviews fellow comedians.

Last year, Seinfeld posted on Instagram about his episode that featured Eddie Murphy. He wrote that he loves the cars, the coffee, and the comedians. He added that the episode with Murphy was “really special.”

Seinfeld also has a new book coming out in October. He hasn’t revealed the name of the book yet, but it will feature his jokes from his many years in comedy and they will be organized by decade.

“Whenever I came up with a funny bit, whether it happened on a stage, in a conversation, or working it out on my preferred canvas, the big yellow legal pad, I kept it in one of those old-school accordion folders,” explained Seinfeld in January. “So, I have every piece of stand-up comedy I thought was worth saving from 45 years of hacking away at this for all I was worth.”

The global premiere of Jerry Seinfeld: 23 Hours to Kill is Tuesday, May 5th on Netflix. And, the entire Seinfeld series will be coming to Netflix in 2021.