Jen Harley had a little Q&A with her followers on Instagram and someone even asked if she’d like her baby daddy, Ronnie Ortiz-Magro to propose to her! Here’s what the reality TV celeb had to say!

Earlier today, Jen took to her platform of choice to have a chat with her fans and shed some light on some stuff in her life that people were curious about.

Most wanted to know whether or not she and Ronnie still have a  future together as a family and romantic couple and she did not shy away from answering that.

That being said, when one fan simply asked: ‘Do you want Ron to propose?’ Jen’s answer was just as straight to the point – ‘No.’

‘Do you and Ron talk about your future? Marriage? More kids together?’ someone else wondered only to receive the same one-word reply.

While she did not go into detail, her choice made it seem like she definitely knows what she wants and what she does not and marriage or more kids with Ronnie fall into the latter category.

As you know, the on again, off again pair already share daughter Ariana, 1, together and some of the questions were about her as well. 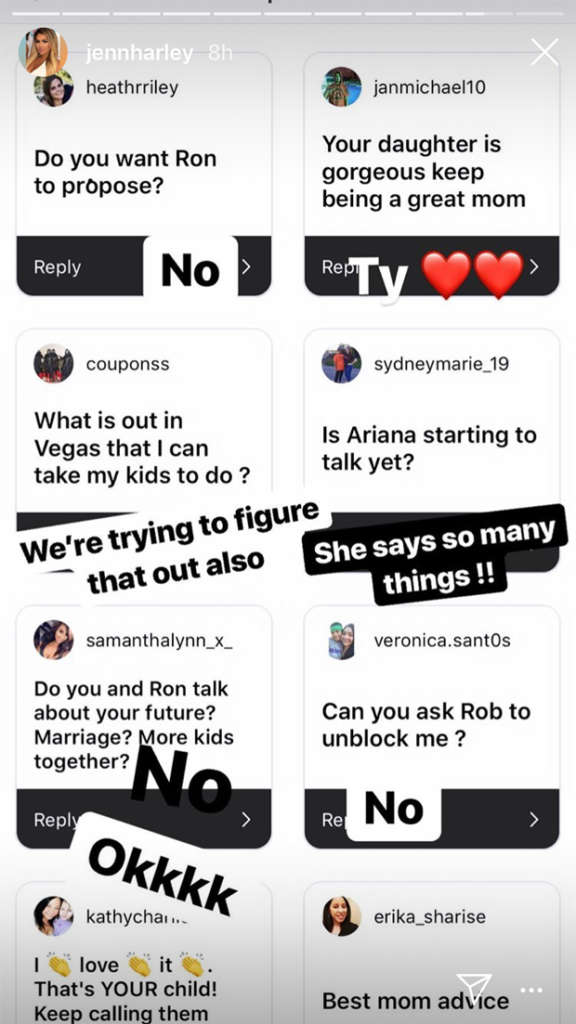 As for Jen and Ronnie’s co-parenting, their toxic romance has also made it difficult for them to be great at co-parenting.

While they took little Ariana to Disney World earlier this month, one source tells TMZ that ‘They didn’t sit together or speak on the flight. Ronnie and Jen are far from solid in their relationship.’

Furthermore, not too long ago, Ronnie also seemed to shade his baby mama when he posted on social media the following piece of advice: ‘Date someone who has plans for the future, not an idiot that plans for the weekend.’

Chris Hemsworth Will Get A Star On Hollywood's Walk Of Fame