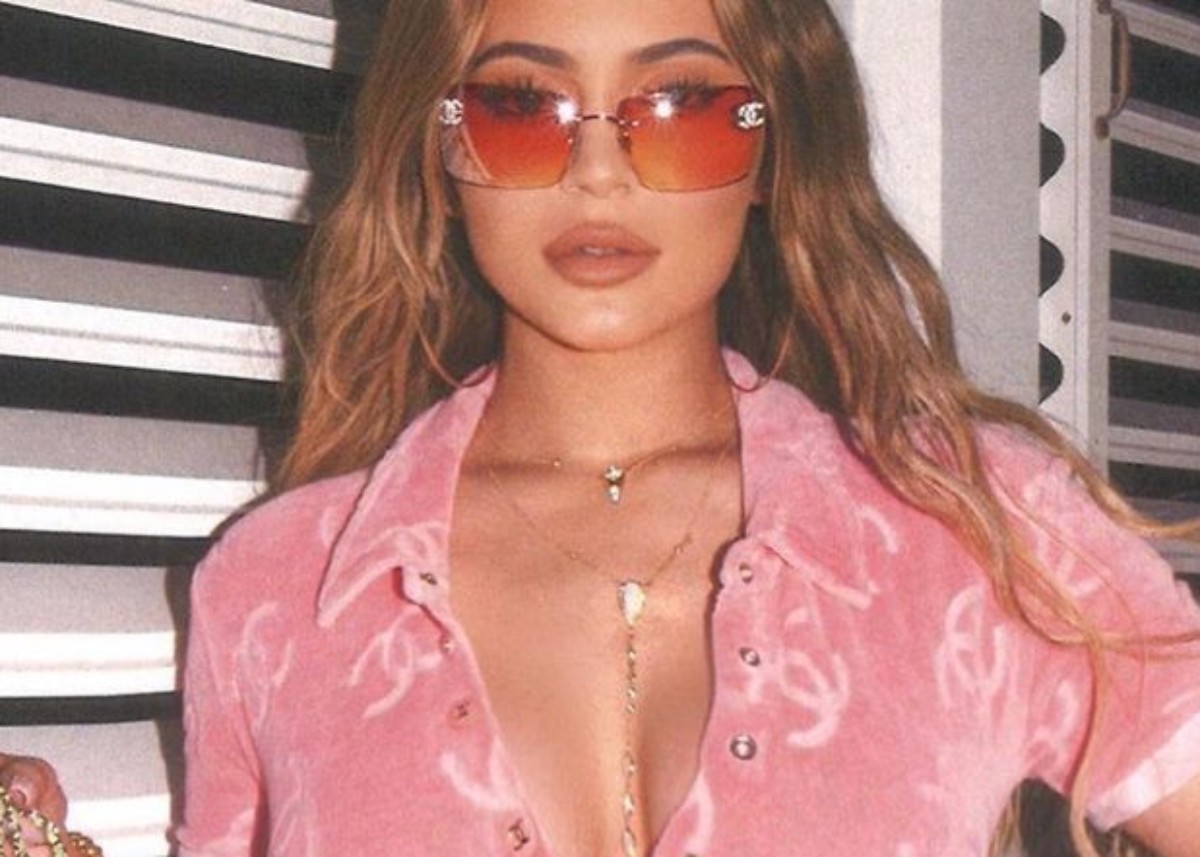 People are speculating that Kylie Jenner had breast implants after the 22-year-old shared a series of bikini photos on her personal Instagram account while vacationing in the Bahamas. Speculation that Kylie has gone under the knife is nothing new as fans regularly point out her beauty evolution since appearing on her family’s reality series Keeping Up With The Kardashians (KUWK) since a child. Though many have pointed out her changing face and derriere, she is now being accused of having breast implants. Some are even saying they think Kylie has had breast implants for a second time and has gone up at least another cup size.

Kylie has shared a series of photos from the Bahamas where she is enjoying a Mommy getaway with friends and her two-year-old daughter Stormi Webster. Wearing a brown and gold Gucci bikini, many of Kylie’s 164 million Instagram followers, immediately sounded off on what they believe is a more enhanced figure.

Most of the Kardashians and Jenners are regularly accused of altering their appearances with plastic surgery, fillers, and ohter cosmetic procedures. Khloe Kardashian is regularly scrutinized for what many say is her changing face shape, including her nose and lips.

Kim Kardashian, Kylie Jenner, and Khloe are often accused of having butt implants. Kendall Jenner is the sister who faces the least amount of plastic surgery claims.

As Kim Kardashian and Kylie Jenner are specifically viewed as beauty influencers, people are interested in whether they have surgically altered their appearances.

You may see a photo of Kylie Jenner before and after below.

Lots of people have “that moment” in medicine where they’re so amazed at the ability of physicians and the beauty of the human body and usually it’s some complicated heart surgery but for me it was seeing Kylie Jenner’s before and after filler pictures pic.twitter.com/bgVjPbQfAz

Kylie Jenner showed off a variety of outfits and changing hairstyles while in the Bahamas (including a ridiculously long braid) and she looked stylish in each of them. She’s also been modeling  Travis Scott x Nike SB Dunk Low sneakers by wearing them in multiple photos. But what is really standing out, is her more fuller figure that she showed off in her bikini photos and sparked breast implant rumors.

You may see those pictures that Kylie Jenner shared on Instagram below.

Do you think Kylie Jenner had breast implants or got her breasts redone?