Did Keanu Reeves propose to his girlfriend Alexandra Grant? Is the Matrix star engaged? That's what the upcoming March 9, 2020, issue of the New Zealand magazine Woman's Day is reporting. According to the magazine, Keanu (55) proposed to Alexandra (47) and the couple can't wait until they walk down the aisle. Neither Keanu or Alexandra have publicly stated they are engaged, but it seems many people across social media believe the reports are true.

A source spoke to Woman's Day and dished on the engagement ring that is reportedly a Harry Winston antique with a marquise-diamond that Keanu won at auction for $2.5 million. Though Alexandra hasn't announced she is officially engaged, she does wear what appears to be a large, diamond ring on the appropriate finger. According to the report, Keanu officially proposed to Alexandra on her birthday, Dec. 31, 2019.

You may see a photo of Alexandra wearing what looks like an engagement ring below. 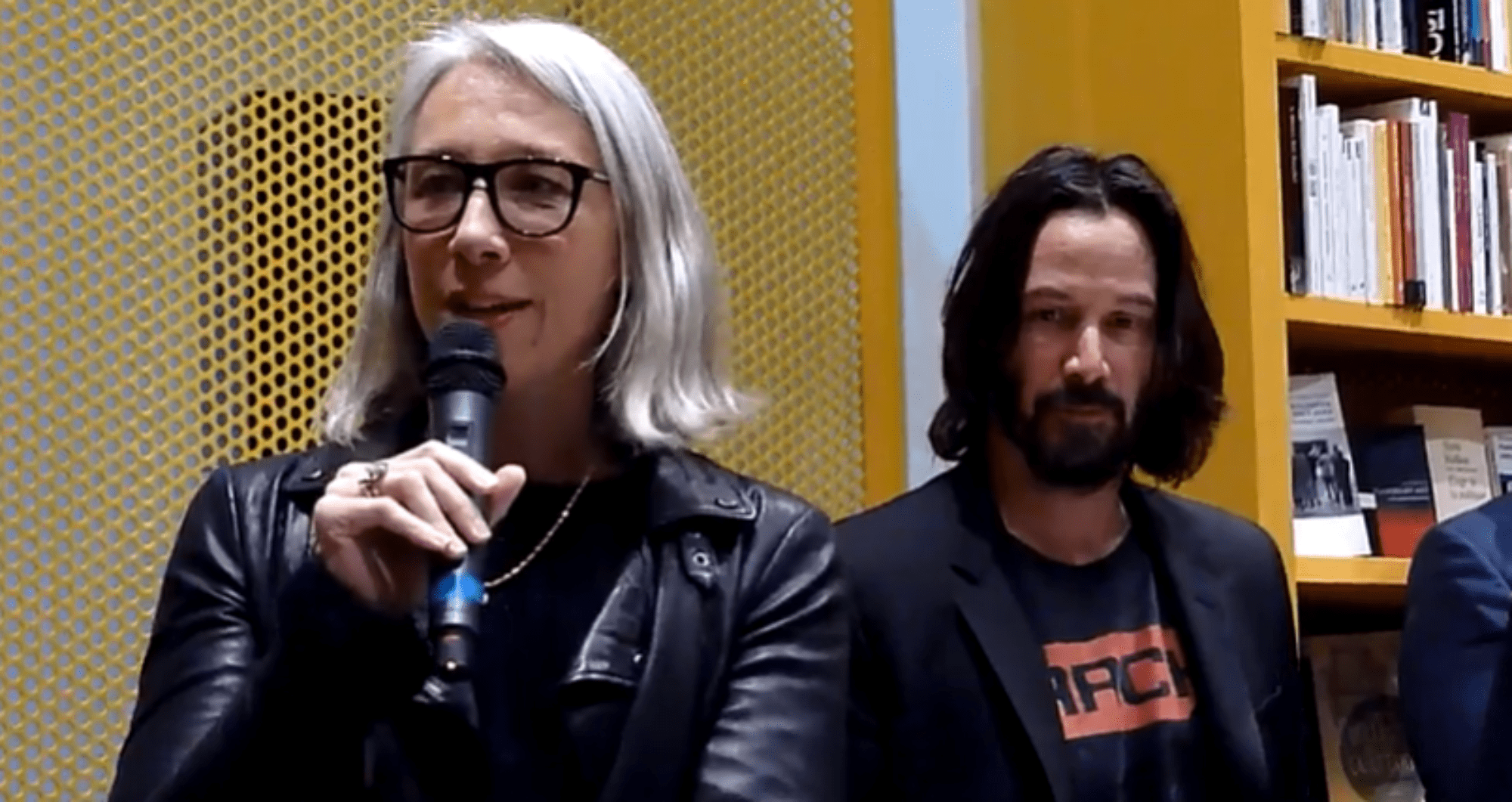 The source stated the following to Woman's Day.

"Alex told pals that Keanu proposed at his Hollywood Hills home on her birthday on New Year's Eve, after hiring one of the head chefs of his favorite restaurant, Mastro's, to cook a lavish dinner for them. Alex initially kept the engagement news on the downlow, but wasn't able to contain her excitement any longer and happily showed friends the gorgeous sparkler on her finger."

There is no question plenty of women online are jealous of Alexandra and some women have been slandering her and attacking her online. Reports also say that the two have been together for at least two years, they simply kept it out of the public spotlight in order to give Alexandra her privacy for as long as possible.

The source continued to discuss Alexandra's and Keanu's wedding plans.

"She told friends they'll keep the wedding as low-key as possible, explaining that they'll be eloping to Honolulu later this year. The plan is for an intimate celebration with just the two of them and a couple of witnesses."

You may see Alexandra Grant and Keanu Reeves at the X Artists book launch in the video player below.

Are Keanu Reeves And Alexandra Grant Getting Married?

Ammika Harris Shows Off Her Love For Emerald

Dr. Dre Gets Legal Documents Related To His Divorce Settlements During Grandmother's Burial

Flavor Flav Was Just Arrested - Find Out The Reason

T.I. Praises Xscape And Shares Emotional Story About Meeting The Love Of His Life