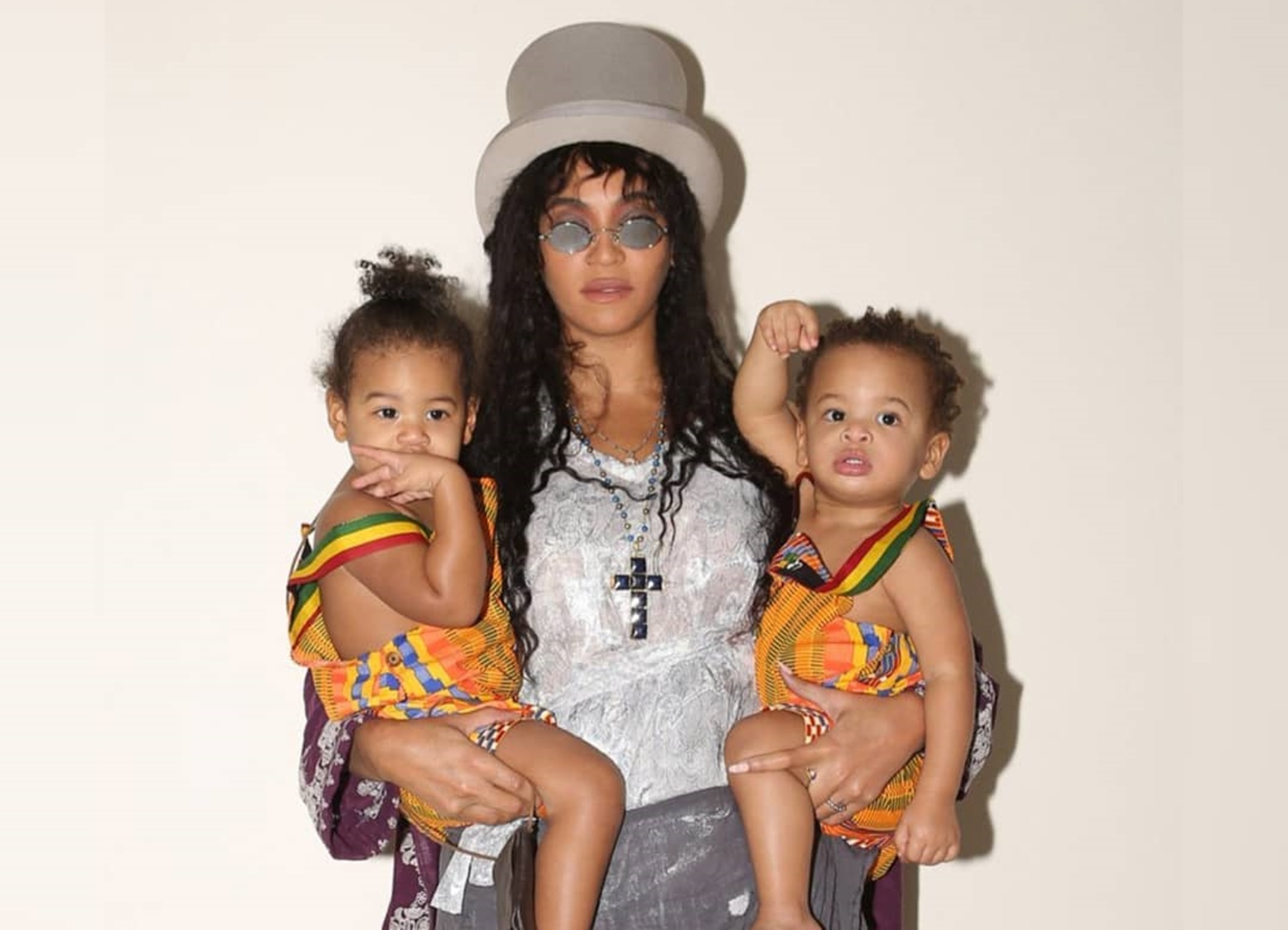 Beyonce has taken to social media to share tons of photos that she and her family took in 2018 for Halloween, Thanksgiving, private dinner, and exotic vacations with Jay-Z and her three children — Blue Ivy, Rumi, and Sir Carter.

One photo that stood out features Beyonce dressed as Lisa Bonet’s Denise Huxtable on the NBC sitcom The Cosby Show while holding her twin babies — Sir and Rumi.

Fans are having a field day trying to figure out who do the babies look like the most.

One person said: “I thought that was Lisa Bonnet for a second. I dare all of you to say something negative about these babies why she looks like Denise from Cosby show. ❤️”

Another commenter claimed: “This too much in one day from the Queen. Rumi is her TWIN, but Sir is her TWIN TWIN 😭😍😍 they’re so cute.”

This follower revealed: “I knew, but am always like, where dem babies come from?! lol. 😂😁😊 I feel like people lying to themselves because it’s Beyoncé. Them kids look like JZ gave birth to him without help. Like they have his genes 100%. They don’t look like Bey.”

This fourth comment read: “Imagine Beyoncé being your mom 😭Lol it ain’t no right before our eyes we barely get to see these kids but they so cute😍❤️Rumi is Blue’s TWIN 😭😭😍”

In a recent interview with Us Weekly, Tina Knowles Lawson revealed Beyonce’s parenting style by saying: “No spankings. Just really talking to the kids and reasoning with them. I can say, [Beyoncé] pretty much has my parenting!”

She added: “They are a tight-knit family. [They] have nannies for the kids and their assistants help out too, but they mostly try and bring the kids everywhere. Blue always travels with Beyoncé and comes with her when she’s working. The twins are getting older, and Beyoncé has been taking them out a little more too. They’re a very tight-knit family and like to do everything together.”

Beyonce has not spoken much about her twin babies but did say the following when Blue was born: “I am very protective. I just want to make sure that [Blue] can have a healthy, safe, normal life. In the back of my mind, she’s my priority. And life is completely different now. I feel really, really just lucky that I can still do what I love, and now have a way bigger meaning. And that’s to be her mother.”

The pop superstar seems more focused on her little clan than anything else these days.