50 Cent Rents Out One Of The Only Two Reopened Toys 'R' Us Stores For His Son!

What a lucky child! After 50 Cent’s son requested to have the whole Toys 'R' Us for himself before the holidays, that is exactly what he got!

The rapper complied with 7 year old Sire’s request and it’s safe to say that both father and son had a great time in the store only opened for them that day.

That’s right! Christmas not only came a couple of days earlier for the boy but it was also any child’s dream!

As you know, all 885 Toys 'R' Us stores were closed down after the famous company filed for bankruptcy last year.

However, only two of them were reopened a few weeks ago, under someone else’s ownership.

In other words, the stores are quite the novelty now so out of the two, one was closed to the public, and only available for 50’s son for a few hours.

During that time, the father and son enjoyed a private shopping session like none other, much to the excitement of the boy.

One insider tells E! News that the dotting father spent no less than $100,000 on renting out the store and buying anything Sire wanted to get.

The boy’s mother, Daphne, took to social media to share some pics from the wonderful day with his dad at Toys R Us.

She posted pics on both the boy’s Instagram page as well as hers!

‘When I asked my Dad for the 'WHOLE Toys R Us Store' for Christmas I did not think he'd actually do it, but he did. Thank you, Daddy! Best Christmas Ever!’ one picture’s caption reads. 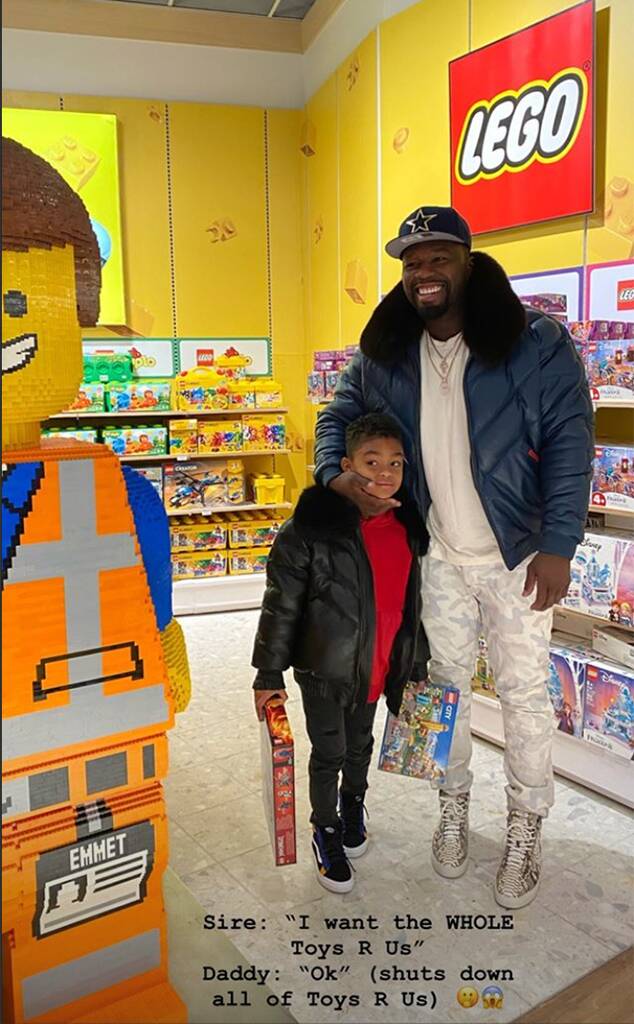 There was even a decal on the store’s floor that read: Sire's Toys 'R' Us and which also featured a caricature of the child!

The proud parents posed with the store’s mascot, Geoffrey the Giraffe and Sire also played rock, paper, scissors with the person in the costume. Fun!

Regardless Of Recent Split From Austin Wilson, Demi Lovato Is 'Doing Really Well'