Tyga Raves About Halsey's Impressive Abs In Hew Pic That Shows Off Her Bold Fashion!

It looks like Tyga was just as impressed as everyone else when he saw Halsey’s rock had abs in a pic that featured her in a rather daring outfit. The singer was at BBC Radio 1 Studios in London earlier today and that is when she wore her button-down shirt unbuttoned!

Seeing this, the rapper could not help but show his approval.

After all, the two artists were actually at the same Paris fashion show not too long ago so they must share the same taste in clothing!

Or, he was rather impressed by her fit body - or both!

Halsey’s streetwear was just like out of a high fashion magazine so it makes sense the rapper showed his appreciation.

She was wearing an oversized dress shirt, the buttons of which she left open with the exception of the first two at the top!

The singer matched the top with a pair of cargo pants that had zippers running all across the legs.

Finally, she completed the vibe by accessorizing with statement chain link earrings.

As for her hair, it was all slicked back into a high bun and just looked so stylish! 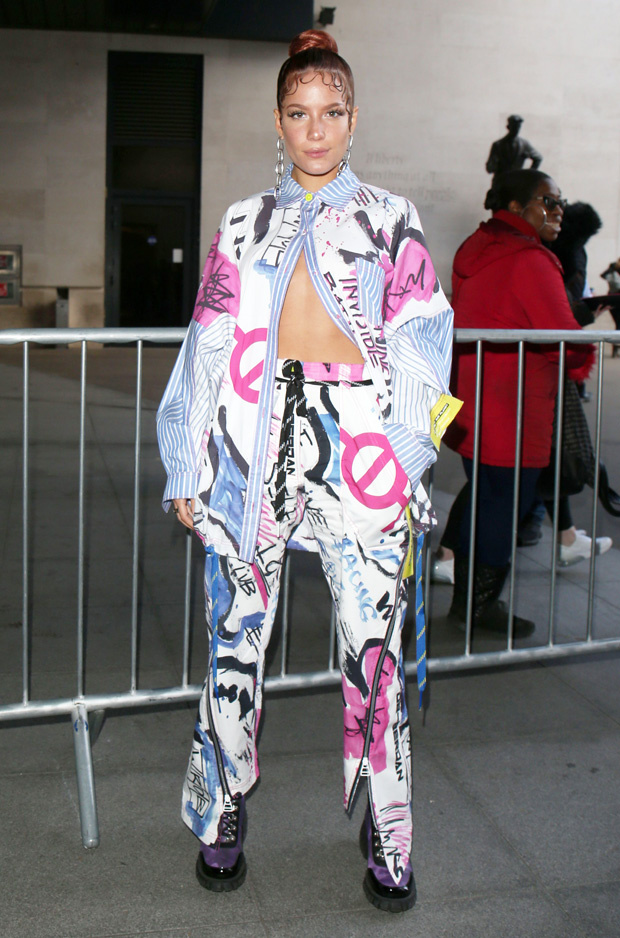 Seeing the outfit, Tyga proceeded to go into the comment section and simply write ‘DRIPP’ in all caps and with a double ‘P’ as well as to add two fire emojis!

You may know the slang or not but it usually refers to people having a lot of something, be it wealth, style and more!

As mentioned before, Halsey and Tyga both appreciate fashion a lot, especially when it’s high-end so it was no surprise that they both attended the Y/Project Spring/Summer 2020 show during Paris Fashion Week back in September.

KUWTK: Kylie Jenner Accused Of Bullying A Model On The Set Of Ex-BF Tyga's Music Video - She Says It 'Never Happened!'

K. Michelle Addresses Celebrities' OnlyFans Pages: Check Out What She Says About Tyga And Trey Songz

Halsey Says She's The Most Confident And Beautiful When She's Bald

Katie Holmes And Alex Rodriguez Dating? - The Truth About The Pictures Of Him Leaving Her Apartment Building!

Kendall Jenner Has Always Had A Rule About Her Boyfriends Appearing On KUWTK - Here's Why That's Never Happened!