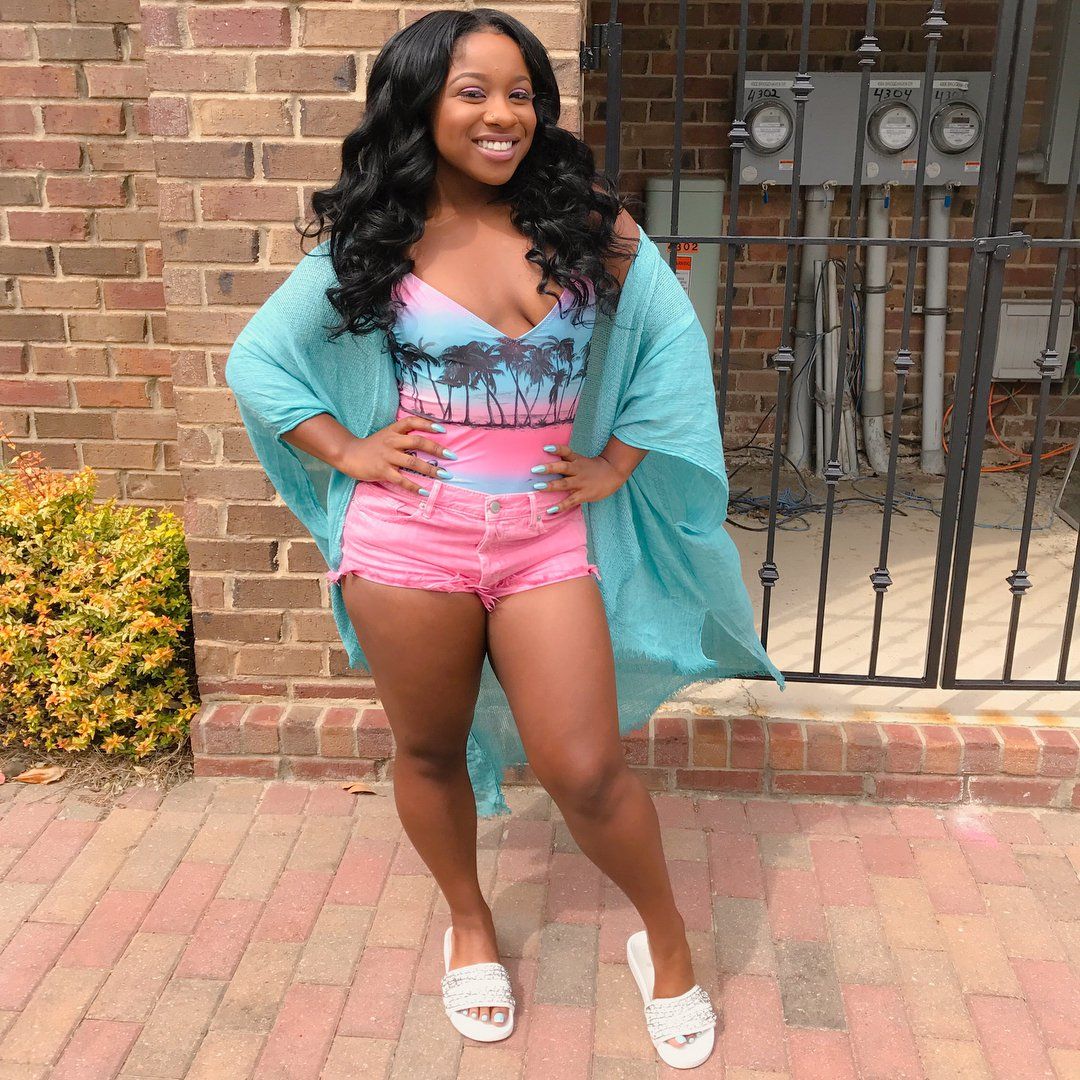 Toya Johnson’s daughter, Reginae Carter shared a bunch of new pics on her social media account, and her fans can clearly see that she’s living her best life. People are wondering where she’s at and who she’s with.

Nae seems to be on a vacay, but she didn’t offer too much info on her IG account. Check out some of her posts below.

Fand praised Nae’s looks, but there were also asking her where she is.

A follower addressed the hateful messages that popped up in the comments: ‘Here come the haters hating on a young woman living her best life.’

One other commenter said: ‘Mami looking fine af! All that hard work in the gym paying in double😍😍 #womenempowerment.’

The truth is that Nae has been hitting the gym a lot lately and back in 2019 as well. She broke up with YFN Lucci last year, and it seems that she has been living her best life since then.

Her fans have been freaking out at the thought that she might go back to him, but time passed, and she did not make such a move.

Another fan exclaimed: ‘Damn Nae…no disrespect to Ms. Toya or Wayne, but you sexy…geesh @colormenae,’ and someone else also praised Nae and said: ‘Looking appetizing I’m just sitting over here and I’m analyzing🤣 #bars.’

Someone else said: ‘She glows different cause Lucci missing ⚜️ Yea Lord Bring that city Nae outta lil 😓 lol.’ Lots of fans are happy that Nae broke up with the young rapper and they tell her that since she’s been single, she is glowing.

Someone else gushed over Nae as well and said: ‘Look like a black barbie in a barbie doll box💞💕 so pretty and cute.’

Speaking of Nae going to the gym, no too long ago, she celebrated the birthday of someone who is really important: her trainer.

Toya Johnson Reveals Her Birthday Party Scheduled For This Weekend

Kandi Burruss Shares Her New 'Speak On It' Video Following The Most Recent RHOA Episode: 'I Am Far From Fake!'