YouTubers Tana Mongeau and Jake Paul were all ready for Halloween when they were photographed dressed up as another iconic couple – Britney Spears and Justin Timberlake – in their memorable matching denim number back in 2001 at the American Music Awards.

Tana had on a strapless denim dress that was much shorter and form fitting than Britney’s maxi one but still managed to have the same vibe in the end thanks to the accessories she was wearing.

As for Jake, it is safe to say that his Halloween costume was a bit more accurate.

He was even wearing the denim cowboy hat that Justin also had on at the AMAs in the early 2000s! 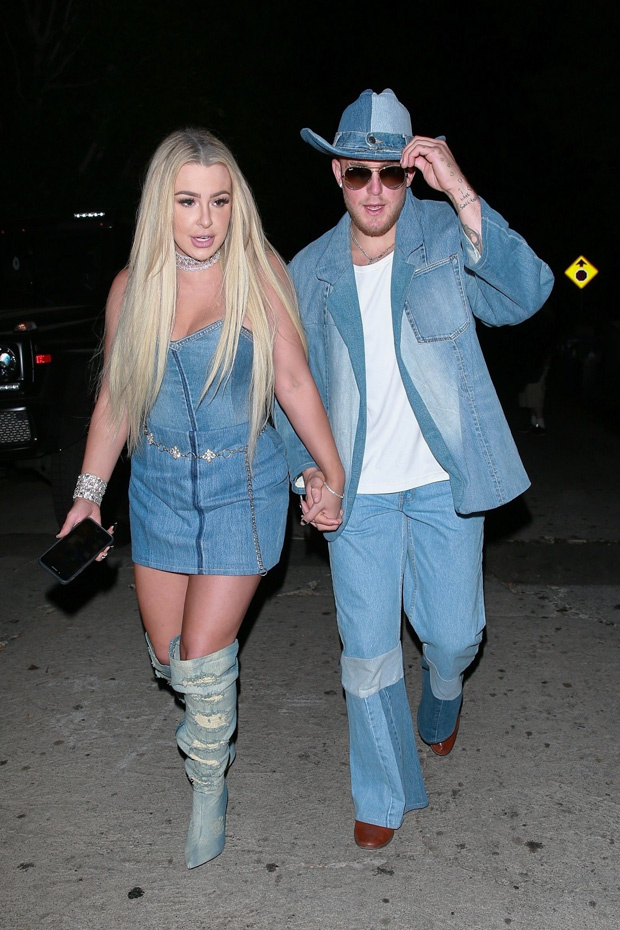 One of the clips that made their way to social media has Tana raving over her husband, saying that he was ‘literally’ Justin Timberlake dressed like that.

‘You’re Britney Spears,’ he responded, holding his phone up.

She went on to express how happy she was that he was open to dressing up for Halloween with her.

‘Woohoo! I am so proud of Jake, he is so miserable, he hates Halloween, he is sober, but we did it!’

And that was not all! Before going to the Halloween party, Tana also posted another video of her and Jake dancing to Britney Spears’ Oops!…I Did It Again but also to Justin Timberlake’s Sexy Back as if to embody their inspirations for the evening even more!

What will Sam Asghari get in a divorce from Britney Spears: the details of the marriage contract of the newlyweds became known

How Britney Spears' mother reacted to her daughter's wedding

Porsha Williams Misses Being Pregnant - Is She Ready To Give Baby PJ A Brother Or Sister?