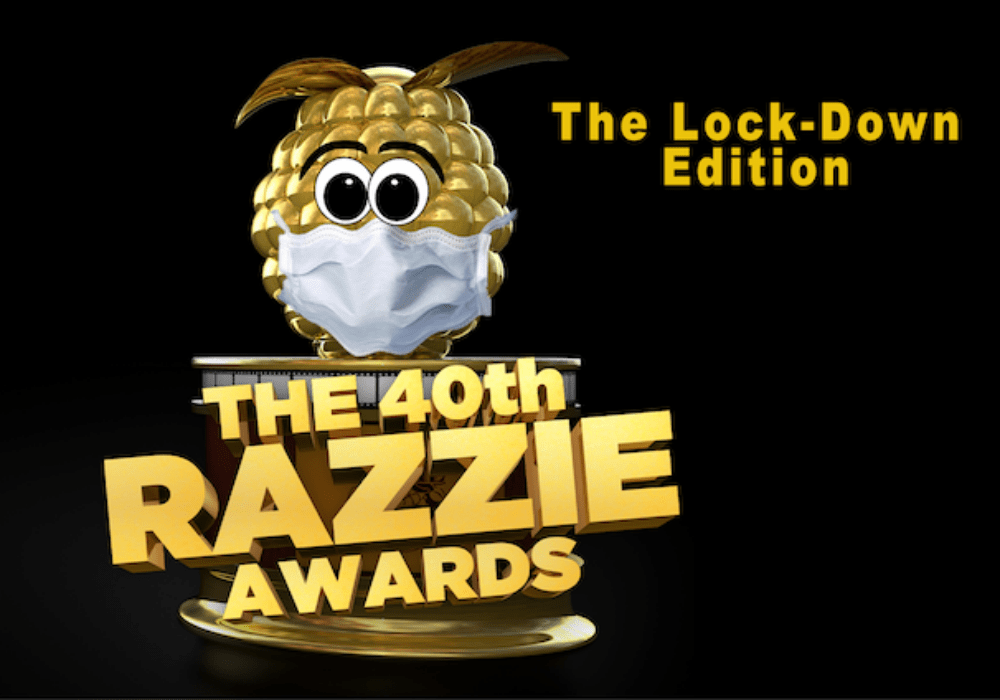 The 2020 Golden Raspberry Awards – AKA “The Razzies” – were supposed to take place last weekend at Hollywood’s Barnsdall Gallery Theatre, but organizers ended up canceling the event due to coronavirus. Still, they were able to name the winners via a YouTube video in an event they called “The Lock-Down Edition.”

For forty years, the Razzies have “honored” the worst achievements in film with their awards ceremony. This year, in a mini-ceremony, it was the box office bomb Cats – which was based on a popular, long-running Broadway musical – that won the prize for Worst Picture. Cats was made with a $95 million budget, but only earned $6.6 million during its first weekend in theaters.

In the beginning of their YouTube video, the voice over claimed that Razzie organizers were planning a “very big show” that would have included “opening numbers, parodies, sketches, roving Razzie reporters, Miss Goldenberries, a stagehand, presenters including Bernie Sanders and Donald Trump, and winners willing to own their bad.” However, the current circumstances wouldn’t allow them to do that.

Other winners during the mini-ceremony included Rambo: Last Blood for Worst Remake, Worst Rip Off or Sequel, and Worst Reckless Disregard for Human Life and Public Property. John Travolta was named Worst Actor for his performance in two separate movies – The Fanatic and Trading Paint. And, Hilary Duff won the award for Worst Actress thanks to her performance in The Haunting of Sharon Tate.

In one small twist in the ceremony, organizers honored Eddie Murphy as the Razzie Redeemer because of his performance in the Netflix film Dolemite Is My Name. That award is for a performer who has won a Razzie in the past, but is now delivering quality performances in new projects.