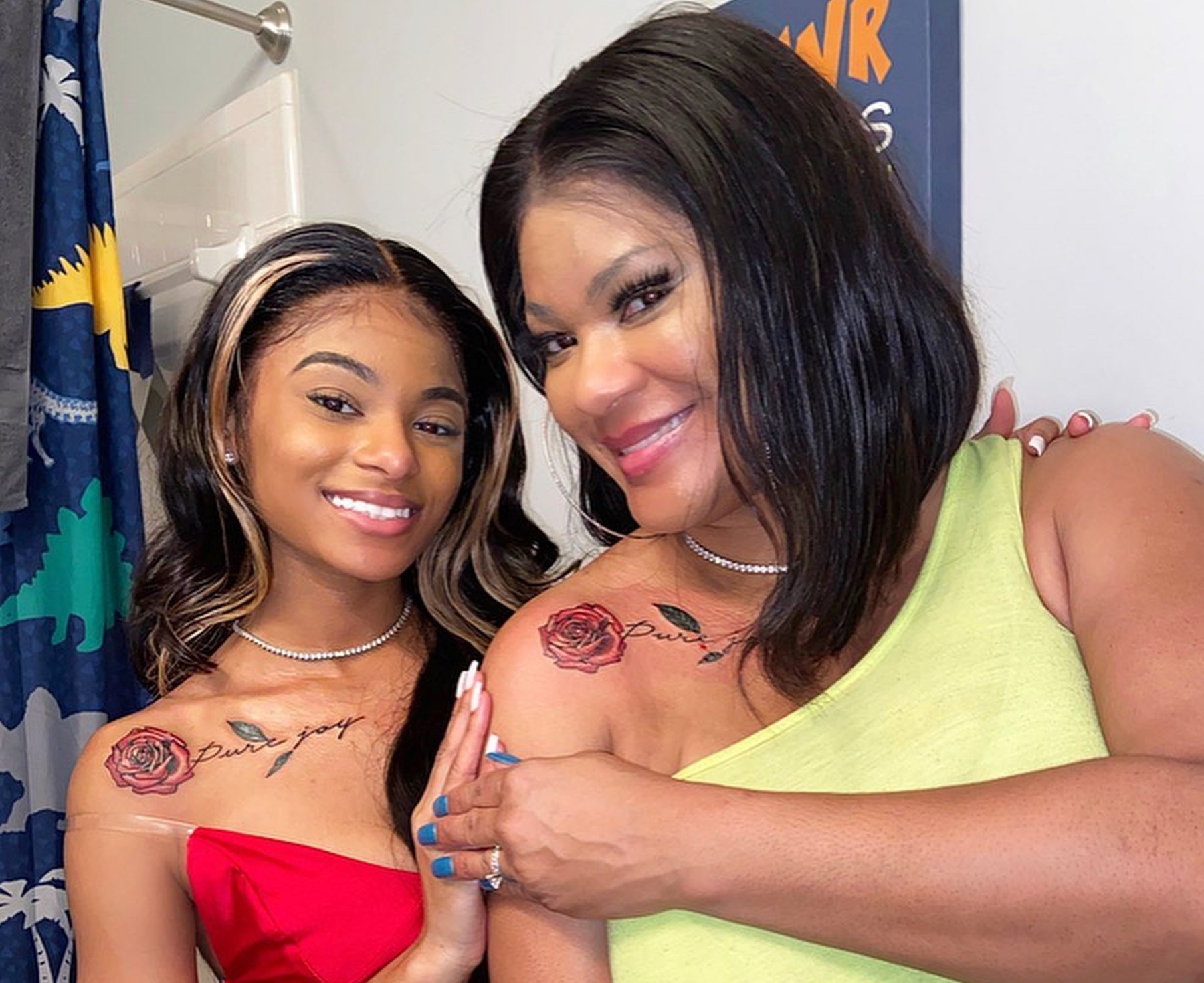 It seems that the gap between Joycelyn Savage and the rest of her family is now greater than ever, especially after the girlfriend of the disgraced R&B legend refused to talk with her mother, Jonjelyn and sisters, including Jailyn even though they tried to meet her inn court on Thursday morning.

In new footage that appeared over the Internet recently, Joycelyn can be seen surrounded by her younger sisters who are pleading for her attention, while the 24-year-old is talking on the phone.

Meanwhile, Joycelyn’s mother appears in the video clip, and the seemingly-worried parent is trying to reach her daughter and stop her so they could talk.

However, Joycelyn appears to ignore her relatives and takes off in a black vehicle in the company of her lawyer, as her sisters screamed to her that Kelly has been lying to her the whole time and that she must see the documentary about him, in reference to the series Surviving R. Kelly, which investigates the numerous deeds of the famous singer.

One follower stated: “At this point, it might be better to say f*ck it. She’s obviously is going through Stockholm syndrome. You gotta let her figure it out on her own.”

A backer revealed: “She loves her sisters but something about her parents she doesn’t like 🤷🏾‍♀️ very pretty girls I hope she talks to them or at least her sisters.”

This person said: “They got them matching tattoos for nothing. If my momma sold me, then I wouldn’t have anything to talk about either 🙄.”

A fourth commenter explained: “There have to be some deep-rooted issues in her family for her to do that to her own mother. We can all say that she is brainwashed, but it’s some deeper stuff going on with her family that we don’t know about! None of us know exactly what type of relationship she had with her family before she left. Sad situation, however, you cannot force yourself into anyone’s life, even your own adult child.”

The relationship between Joycelyn and the “I Believe I Can Fly” performer allegedly began a couple of years ago, and she has been away from her family ever since.

The 24-year-old made headlines earlier in January when she was reportedly involved in a physical altercation with her former roommate and Kelly’s other girlfriend, Azriel Clary.

The fight between the two women supposedly began because Azriel claimed that Joycelyn had had physical intercourse with her while she was still a minor.

Fantasia Barrino And Her Husband, Kendall Taylor, Share Photos And Videos Of Their Second Adorable Grandchild