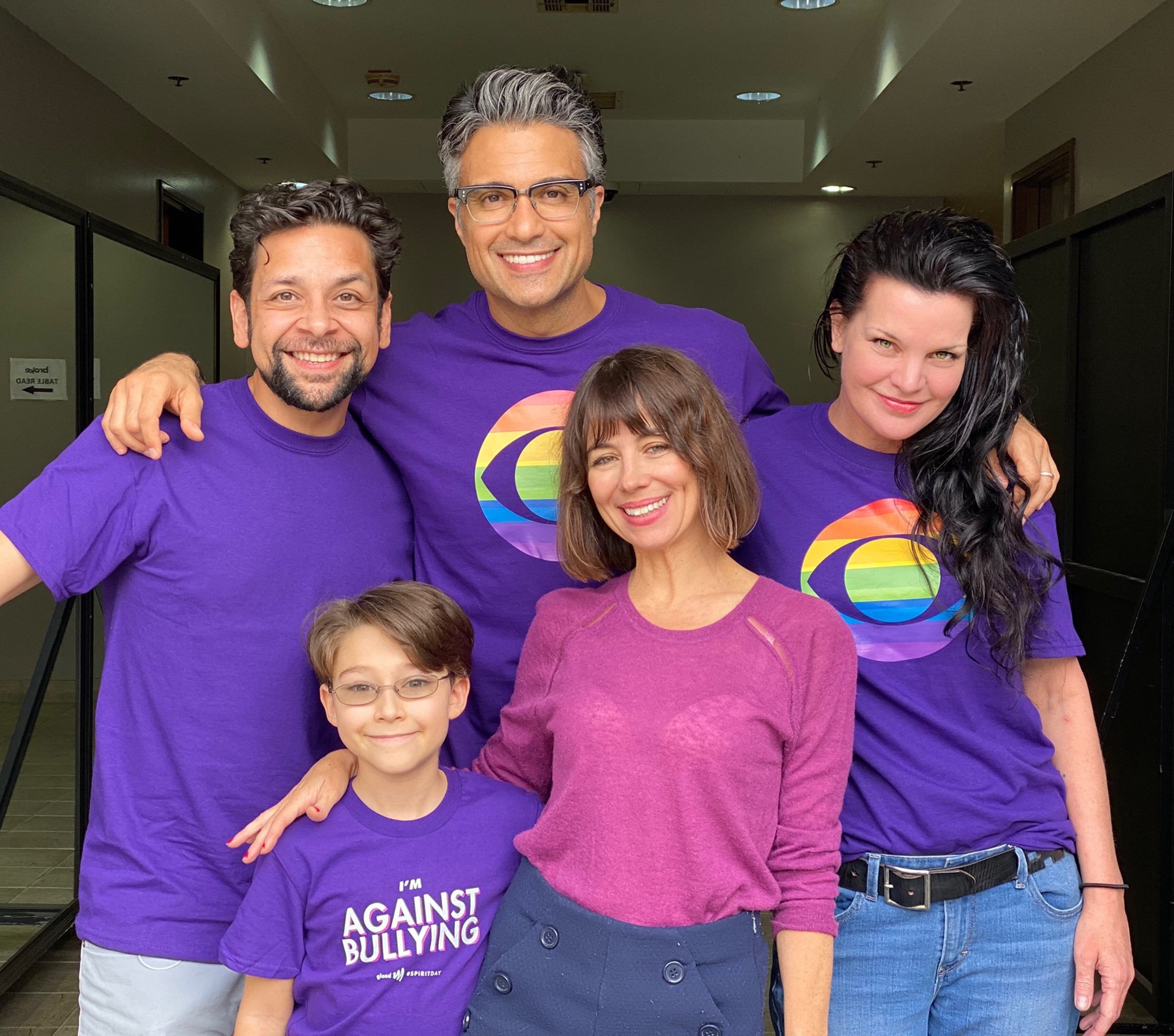 Pauley Perrette has already been moving on with her life after departing from NCIS in a rather dramatic fashion after a feud with Mark Harmon.

Many fans of the actress were worried about the implications of the incident on her future career, but it does not seem like there are going to be any drastic repercussions for her.

My friends visiting for our live taping of my new show #Broke on @CBS 🙂 :):) pic.twitter.com/Y7rUoCb1Dk

In fact, Perrette has all but put the incident behind her at this point, and even though she has made some references to it here and there, it is pretty clear that it does not affect her anymore.

Recently, the actress shared a teaser from her new work, the upcoming TV series Broke, where she will be starring.

The photo gained a lot of traction and was liked and commented on by many people. It looks like Perrette carries a lot of weight herself, as she has a huge following of fans who immediately departed with her when she left NCIS.

This is what @CoreyTaylorRock from @slipknot did for my PRECIOUS TV SON @antoniorcorbo on our new show #Broke THANK YOU COREY! LOVE YOU Antonio! (Warning: ADORABLE!) pic.twitter.com/PGOO8I2fAZ

Not that NCIS has suffered too badly — the show is still going. However, the damage to its reputation and rankings is pretty visible, and it is clear that the showrunners have made a pretty big mistake by letting things deteriorate to the point where Perrette had to leave the set.

There have been no further reports about the way things between the actress and her former producers have been going, but many suspect that she is keeping quiet out of professional courtesy and nothing more because she likely does not have many good things to say about that situation at this point.

One fan had this reaction: “As I said, you’re showing going to make it past the first year with it Jaime Camil he’s got to go and bring me my cords at 8 to 12 go get Michael weatherly he would make a good afternoon bro good actor on Brooks.”

Another commenter stated: “I miss seeing you on NCIS, but good luck with #Broke”

Perrette recently took to social media to blast those creating fake accounts using her name: “Was told AGAIN today that there are MANY MANY fake accounts impersonating me on @Instagram and @Facebook GRRRRR #Instagram and #Facebook I AM ONLY ON @Twitter at @PauleyP ALL OTHER ACCOUNTS ARE FALSE! Please report them.
Thanks, y’all!”

Fans are very excited about her new show.

R. Kelly Gets Some Terrible And Embarrassing News -- Can He Prevail?

Google “pauley perrette star crazy script”. She’s unstable and his a history of false accusations. Mark didn’t do anything to her and it’s a shame people believe her lies.